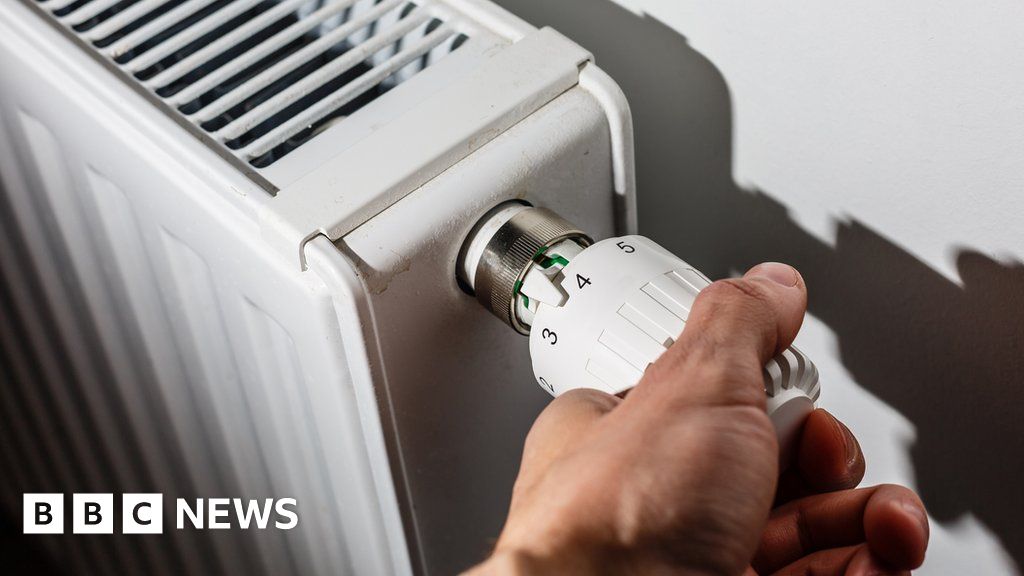 People are being advised to heat living rooms during the day and bedrooms before going to sleep as a cold spell hits the UK.

Health officials issued the advice to people who cannot heat every room or are struggling with heating costs.

Overnight lows of -10C (14F) are predicted in northern Scotland amid snow and ice warnings there, in Wales, Northern Ireland, and the east coast.

The cold weather alert for England begins at 18:00 GMT.

It will run until 09:00 on Monday 12 December, but could be extended further if forecasts predict continued colder temperatures.

Yellow weather warnings for snow and ice are in place from 00:00 on Wednesday until 12:00 on Thursday for northern Scotland and much of the east coast of Great Britain.

A yellow weather warning applies to Wales and most of Northern Ireland from 00:00 until 18:00 on Thursday.

While sub-zero temperatures may be not be unexpected in parts of northern Scotland in winter, readings of -6C are predicted for parts of rural England from Thursday.

Large parts of Scotland are set to experience a prolonged “Arctic blast” with freezing temperatures, snow and ice forecast on Wednesday and Thursday.

“Over coming days, cold weather will move south with daytime temperatures around 5C below the December average – and probably not getting above freezing in places.

“Overnight frosts will be widespread and sharp, -2C to -6C commonly, but with much lower temperatures over snow cover in Scotland. Showers will increasingly turn to sleet and snow in parts of Northern Ireland, England and Wales.

“This abrupt change to cold winter weather will come as more of a shock to the system, given that this autumn has provisionally been the third warmest on record in the UK, in which frosts have been very rare.”

The UK Health Security Agency (UKHSA) said that, as well as heating rooms that are used the most to at least 18C, “several layers of thinner clothing will keep you warmer than one thicker layer”.

“Having plenty of hot food and drinks is also effective for keeping warm,” the agency added.

The rising cost of energy has prompted concerns that some people may resist using their heating, even during the unseasonably cold temperatures expected this week.

Under the current energy price guarantee, a household using a typical amount of gas and electricity can expect to pay £2,500 annually. This rises to £3,000 a year for typical use from April.

Dr Agostinho Sousa of the UKHSA said: “Cold weather can have serious consequences for health, and older people and those with heart or lung conditions can be particularly at risk.

“If you have a pre-existing medical condition, you should heat your home to a temperature that is comfortable for you.”

Disability charity Scope said a survey of 1,000 disabled households suggested 43% had cut back on electricity and gas, with some saying they were switching off heating and using duvets to keep warm.

Additional support to help with energy costs is available for the most vulnerable, alongside a one-off £400 discount for all households.

Fuel poverty charity National Energy Action called on the government to “step in with more help for those at greatest peril this winter”.

What does an unheated room do to your body?

Living in such low temperatures puts a considerable strain on the body, which has to work to warm up faster.

This can lead to an increase in blood pressure and a faster heartbeat – which in turns can exacerbate the risk of a stroke or heart attack.

At low temperatures, those who already have poor heart health and the elderly become even more susceptible to serious health issues.

The Severe Weather Emergency Protocol has been activated in London for the first time this winter meaning homeless people will be given access to shelter.

Local authorities are also asking people to check on vulnerable family, friends and neighbours to see if they need extra help.

Cllr David Renard, transport spokesman for the Local Government Association (LGA), said: “During these cold spells, it is the elderly or those who have a respiratory disease who are more at risk of ill health and in need of more support.

“As some people may choose to limit their heating use due to the impact of rising energy bills, it is all the more important that people check up on those that may need more help. It could help save lives.”

A yellow weather warning for ice is in place for most of England’s east coast, from 18:00 GMT on Wednesday until 12:00 GMT on Thursday, as temperatures look set to drop as low as -3C (26.6F).

Councils in England and Wales have stockpiled 1.4 million tonnes of salt to grit roads this winter, but many told the LGA they were struggling to recruit and retain gritter drivers.