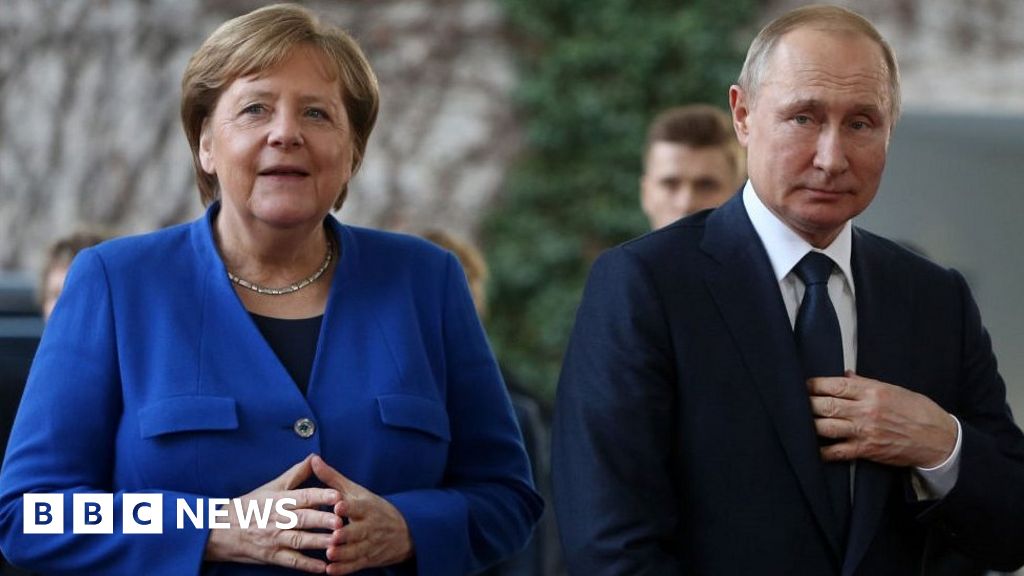 Former German Chancellor Angela Merkel has defended her policy towards Russia prior to the February invasion of Ukraine, saying she had run out of power to influence Vladimir Putin.

She said she had tried to convene European talks with the Russian president and French President Emmanuel Macron in the summer of 2021.

“But I didn’t have the power to get my way,” she told Spiegel news.

“Really everyone knew: in autumn she’ll be gone,” she said.

After four terms as chancellor Mrs Merkel left office in December. She paid a final visit to Moscow in August 2021, and told the German news magazine that “the feeling was very clear: ‘In terms of power politics you’re finished’.”

She added that “for Putin, only power counts”.

It was significant that, for their final meeting, Mr Putin brought Foreign Minister Sergei Lavrov with him, she said. Previously they had met one-to-one, she noted.

In light of President Putin’s invasion – preceded by weeks of massive military build-up on Ukraine’s borders – many have argued that Mrs Merkel and other EU leaders should have adopted a tougher approach to the Kremlin.

A foreign policy expert in her Christian Democrat (CDU) party, MP Roderich Kiesewetter, is among those who say she knew that Mr Putin was trying to split and weaken Europe, but she believed “soft power” was the right approach. He argued before the invasion that Germany was too dependent on Russian gas.

In the Spiegel interview, Mrs Merkel said her stance on Ukraine in the Minsk peace talks had bought Kyiv time to defend itself better against the Russian military.

A ceasefire deal was reached in Minsk after Russia’s 2014 annexation of Ukraine’s Crimea peninsula and during its proxy war in the Donbas region. But key points, including disarmament and international supervision, were not implemented.

Mrs Merkel said she did not regret leaving office in December, because she felt her government was failing to make progress not only on the Ukraine crisis, but also on the conflicts in Moldova, Georgia, Syria and Libya, all of which involved Russia.

She and Mr Putin both had direct experience of life in communist East Germany – she grew up there and he served there as a Soviet KGB officer, doing secret intelligence work. Mr Putin speaks fluent German and Mrs Merkel speaks some Russian.