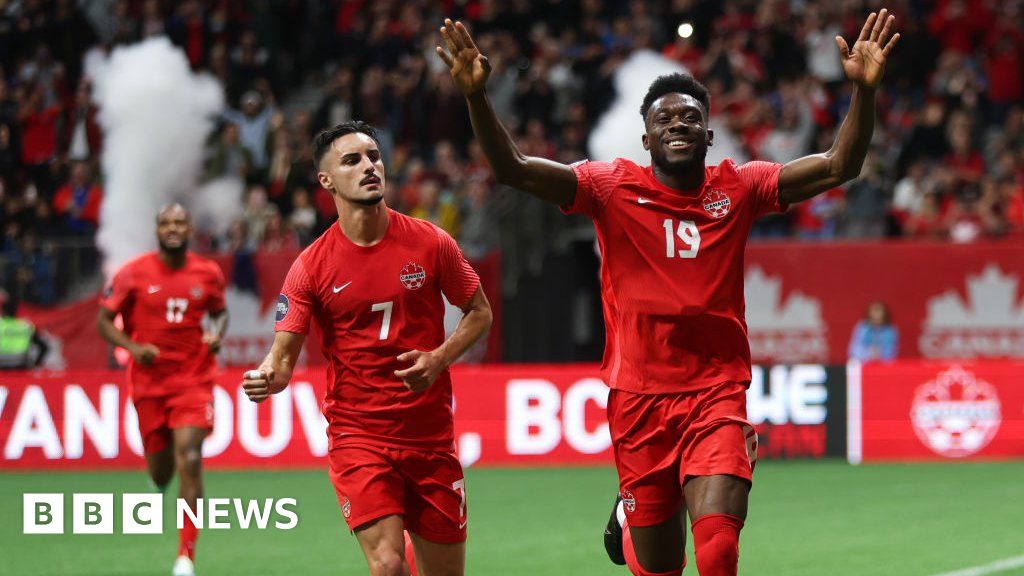 Canadian football fans are used to donning the jerseys of other countries during the Fifa World Cup – but this year is different. A young, promising Team Canada will play on the world stage for the first time in 36 years on Wednesday, setting the nation up for a historic run, no matter what the outcome.

One of the earliest football memories in Canada for John Settino was when Italy won the World Cup in 1982.

“If you look at photos of it, it’ll blow your mind,” Mr Settino, an Italian-Canadian born and raised in the city, said. “There were hundreds of thousands of people celebrating the victory.”

There were 300,000, making it one of the largest World Cup celebrations in Canada at the time.

Since then, Mr Settino has joined the many Canadians who cheer for their ancestral homes’ teams during the tournament, gathering in bustling Little Italy or Little Portugal neighbourhoods, where victories trigger loud celebrations and vibrant block parties.

Canada’s multicultural communities have long been the heart of football fandom in a nation whose athletic prowess on the world stage is often recognised for other sports, like ice hockey.

But in recent years, football in Canada has experienced something of a renaissance.

“[Football] was very much non-existent at the professional level in Canada when I first arrived,” said Kristian Jack, a football analyst who moved from the UK to Canada 22 years ago.

The sport’s popularity has since erupted, he said, thanks in part to the establishment of professional Major League Soccer teams in Canada’s largest cities. This gave fans a new way to experience the game and players an opportunity to hone their skills.

Now, Canada has a national team filled with high-calibre players who defied the odds and advanced to the world’s biggest sports event for the first time since 1986.

And it has fans like Mr Settino excited to don red and white and cheer “Forza Canada!”

Italy surprisingly didn’t advance this year, and the question of who Mr Settino will support is an easy one: “For me, it’s always Canada first.”

The excitement is evident on the streets of Toronto, where viewing parties are already booked for Canada’s first game on Wednesday against Belgium.

At Cafe Diplomatico, a mainstay in the city’s Little Italy for the last 55 years, owner Rocco Mastrangelo said he plans a large street party despite the November cold, complete with a heated tent and a DJ.

Team Canada faces a tough challenge in its first round, as Belgium has consistently been ranked one of the top Fifa teams.

But Team Canada has built a reputation of its own, and has become known for its forward, aggressive playing style and surprising finishes.

Part of the interest also lies with the players themselves.

“This is a group of players that are really, really good human beings,” Mr Jack said.

One star player is 22-year-old Alphonso Davies. Born in a refugee camp in Ghana, Mr Davies got his football start as a young boy in the prairie province of Alberta and went on to play for the Vancouver Whitecaps before he was sought out by Bundesliga’s Bayern Munich club.

Not only is Mr Davies known for being one of the best fullbacks in the world thanks to his pace and creativity, he has also emerged as an outspoken champion for human rights. He is the first football player and Canadian to serve as a spokesperson for the United Nations High Commissioner for Refugees.

Mr Davies announced earlier this year that he would donate all his World Cup earnings to charity.

“Each of the players’ stories are very different, but they are bonded by the fact that they’ve had to become a professional player from Canada,” Mr Jack said. It was a journey that, for many, was riddled with challenges, he noted.

Only European and South American teams have ever won the World Cup and advancing through the tournament will undoubtedly be a difficult feat for Canada.

Canada has never scored a World Cup goal. Any player that does will go down in history – joining the likes of Christine Sinclair, who helped clinch the country’s first-ever women’s football gold medal at the recent Tokyo Olympics.

Many have been inspired by what the men’s team has already been able to accomplish, Mr Jack added. Canada is one of the host countries for the 2026 World Cup, so this year’s run is just the beginning.

“The World Cup, where they’re going, is the top of the mountain,” he said. “But for soccer in this country, this is just basecamp.”

Get the latest results and goal notifications for any team at the Fifa World Cup by downloading the BBC Sport app: Apple – Android – Amazon