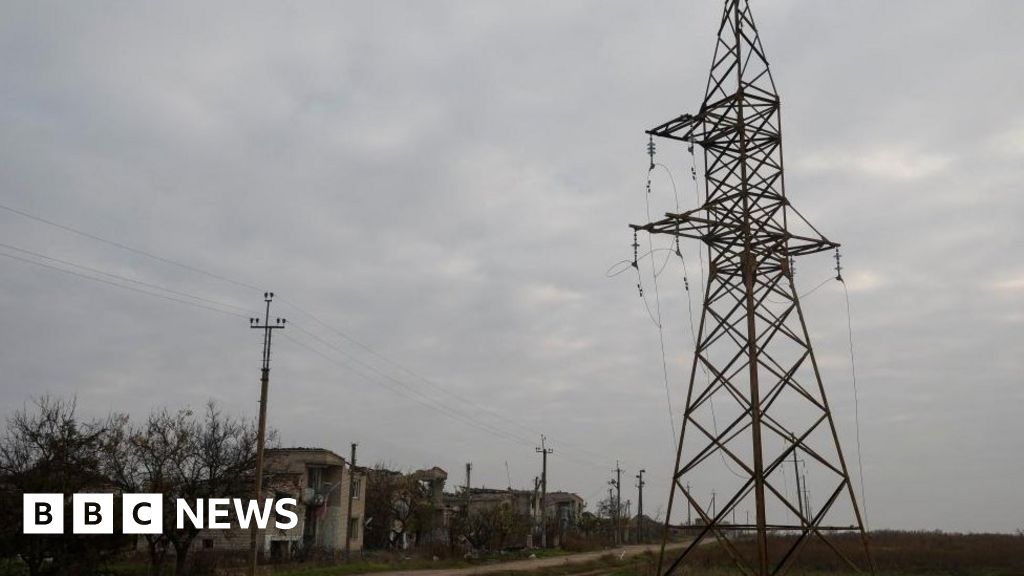 The whole of Ukraine’s western city of Lviv is without power after widespread strikes were reported – including in the capital Kyiv.

Neighbouring country Moldova also reported “massive” blackouts, although it has not been directly hit.

Lviv’s mayor urged people to shelter, while the head of the wider Kyiv region said critical infrastructure and homes had been attacked.

Russia has recently increased its attacks on Ukrainian energy networks.

More than half of Moldova is without electricity, deputy prime minister Andrei Spinu wrote on Twitter.

Earlier, an air-raid alert was issued across Ukraine, followed by reports of explosions in a number of locations.

Lviv mayor, Andriy Sadovy, said children had been taken to shelters with their teachers – and urged parents not to pick them up until the alarm was over.

Shortly before the fresh reports from Kyiv and Lviv, officials said southern Ukraine had come under renewed assault.

The governor of the Mykolaiv region warned of “many rockets” arriving from the south and east.

In the nearby Zaporizhzhia region, a newborn baby was killed when a missile hit a maternity unit, emergency services said.

Russia was blamed for that attack, but is yet to comment on any of Wednesday’s alleged strikes.

Scheduled and unscheduled blackouts have become common in many parts of Ukraine as a result of the recent attacks.

Many areas of Ukraine hit on Wednesday were close to neighbouring countries, including Lviv, just 80km (50 miles) from Poland, where a Ukrainian air defence missile killed two people last week.

The towns of Chervonohrad and Yavoriv, also close to the Polish border, suffered power cuts.

Russian attacks have damaged almost half of Ukraine’s energy system, and millions of people are without power as temperatures drop for winter.

In recent days, the head of Ukraine’s biggest private energy firm said people should consider leaving the country to reduce demand on the country’s power network.