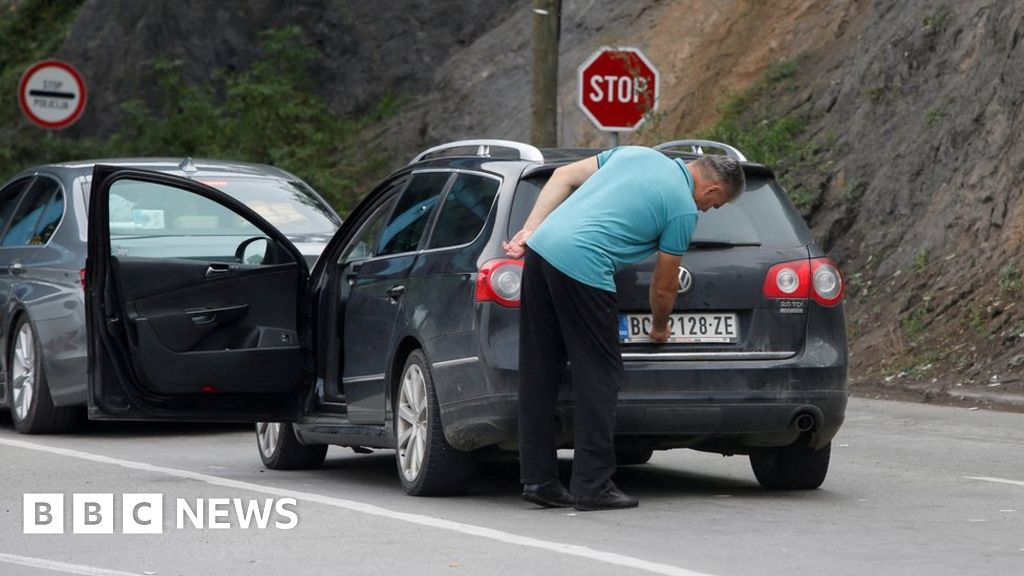 The EU and Serbia have warned that violence could erupt in Kosovo after EU-mediated talks failed to resolve a dispute over Serbian car number plates.

The Kosovan authorities want the ethnic Serb minority to surrender their Serbian-issued plates. Serbia does not recognise Kosovan independence.

The US wants that move delayed and has urged concessions to maintain peace.

Kosovo argues that licence plates predating the territory’s 1999 war for independence from Serbia can no longer be valid. It says the 50,000 Serbs in northern Kosovo, who only accept local Serb institutions, must now use Kosovo plates issued in Pristina.

“I think that there is an important responsibility on the sides of both leaders for the failure of the talks today and for any escalation and violence that might occur,” he said.

Serbia’s President Aleksandar Vucic said the situation “is literally on the verge of conflict”. He too has urged Kosovo’s special police not to attempt to enforce the fines. Ethnic Serb police officers resigned en masse earlier this month in protest at Pristina’s number plate ruling.

Mr Vucic was speaking after talks on the dispute with Kosovo Prime Minister Albin Kurti in Brussels.

Later Mr Kurti blamed the EU for the talks’ failure, and Mr Borrell said the Kosovo leader had rejected an EU compromise proposal, though Serbia had accepted it.

Mr Vucic said Serbia would stop issuing and renewing its own car number plates for the Serbs in northern Kosovo.

US State Department spokesman Ned Price said both sides “will need to make concessions to ensure that we do not jeopardise decades of hard-won peace in an already fragile region”.

About 3,700 Nato peacekeeping troops remain deployed in Kosovo – the KFor force – to prevent any flare-up in the former Serbian province. Nato chief Jens Stoltenberg tweeted: “Now is the time for responsibility and pragmatic solutions. Escalation must be avoided.”