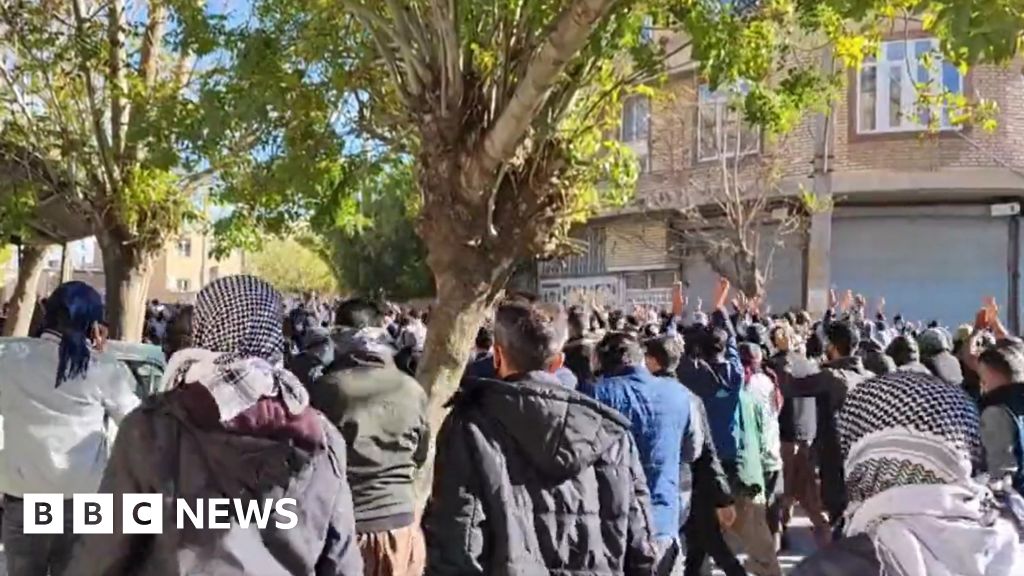 The UN human rights office has warned the situation in Iran is “critical” and criticised authorities for apparently not releasing protesters’ bodies.

A hardening of the response by security forces to the anti-government unrest was resulting in a rising number of deaths, spokesman Jeremy Laurence said.

He also expressed concern at reports that bodies were being held unless families stayed silent or gave false statements on the cause of death.

Sources close to the families of several people shot dead at protests over the past nine weeks have alleged that when they went to mortuaries to retrieve their bodies they came under pressure from security officials to go along with state media reports that they were bystanders or militiamen killed by “rioters”.

Last week, a source close to the family of Sepehr Maghsoudi, 14, told BBC Persian that security forces stole his body from a mortuary hours after he was shot dead at a protest in the south-western city of Izeh.

Security officers told relatives that they would not hand over the body to them because they were grieving and “people may do something”, the source said.

Other families have publicly accused security forces of killing their relatives, only then to go along with the official narrative on the causes of death in what sources have said were forced statements to state TV.

The mother of nine-year-old Kian Pirfalak, who was shot dead while driving through Izeh on the same day that Sepehr Maghsoudi died, was heard in videos telling mourners at his funeral that he was killed by security forces and not, as state media reported, by “terrorist elements”.

“Hear it from me myself on how the shooting happened, so they can’t say it was by terrorists, because they’re lying,” Zeynab Molaei said. “Plainclothes forces shot my child. That is it.”

Later in the day, she appeared to recant the remarks in a state TV interview, warning that they should “not be misused”. She looked visibly distressed, prompting many on social media to warn that she might have been coerced.

And on Monday, a video from the north-western city of Javanrud reportedly showed the shrouded body of slain protester being transported in the back of a pick-up truck because his family refused to allow it be taken to a mortuary, where it could be held by officials.

Some Iranians refuse to take the body of their loved ones who were killed in protests to morgue. Some use ice to prevent them from decomposing.

Security forces steal the dead body of protesters & use them as bargaining chips to silence their families.pic.twitter.com/vhDj2a54ss

Javanrud, in Kermanshah province, is one of several mainly Kurdish cities where more than 40 people have been killed in the past week, according to the UN human rights office’s sources.

Kurdish human rights group Hengaw, which reported at least five deaths in Javanrud alone on Monday, and witnesses have accused the Revolutionary Guards and other security forces of firing machine guns and semi-automatic rifles at protesters in those cities.

“Just in the past week tens of people have been killed in my own city,” a young man who lives in Mahabad, in West Azerbaijan province, told the BBC World Service’s Newshour programme on Monday.

“I have seen with my own eyes hundreds of troop carriers inside the city. And I have heard from many people that they have seen tanks… It is really getting more brutal and more crazy right now.”

“The lack of accountability for gross human rights violations in Iran remains persistent and is contributing to the growing grievances.”

He also called on authorities to release of all those detained for joining peaceful protests and to drop charges against them.

More than 17,400 people have been detained throughout the country, according to the Human Rights Activists’ News Agency (HRANA), which is based outside Iran. It has also reported the deaths of 434 protesters, including 60 children – far higher than the figures given by the UN.

Six people connected to the protests have so far been sentenced to death on charges of “enmity against God” or “corruption on Earth”.