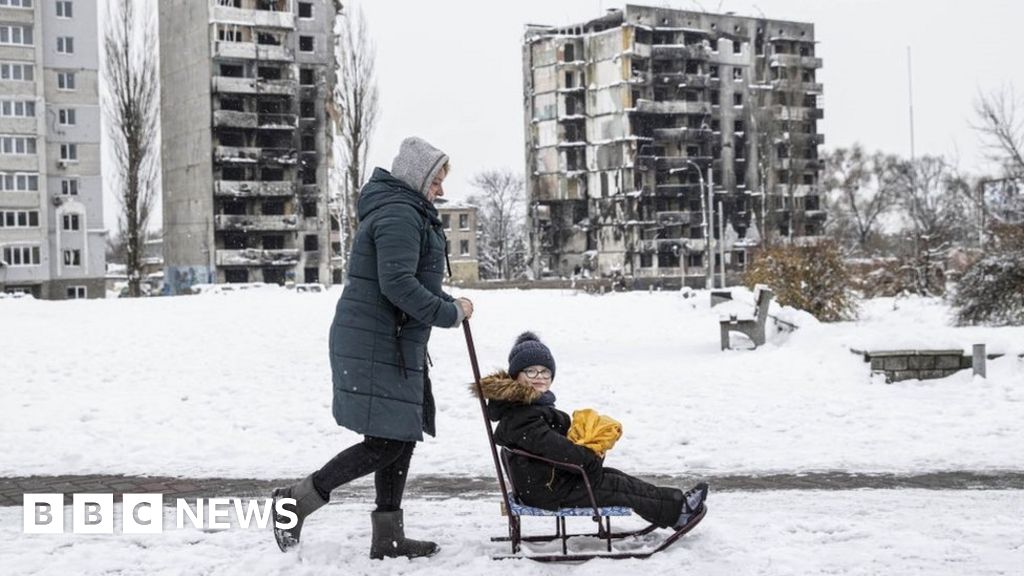 The lives of millions will be under threat in Ukraine this winter, the World Health Organization has said.

Half of Ukraine’s energy infrastructure is either damaged or destroyed, and 10 million are currently without power, said Dr Hans Henri P Kluge, WHO regional director for Europe.

Temperatures are predicted to plummet as low as -20C (-4F) in some areas.

The WHO has documented 703 attacks on health infrastructure since Russia’s invasion began.

Last week, Russia hit more energy installations and civilian buildings in one of its heaviest aerial bombardments of the war.

This has been a recent Russian tactic following setbacks on the battlefield, and its impact is starting to be felt more acutely as winter sets in.

“Put simply, this winter will be about survival,” Dr Kluge told a news conference in the Ukrainian capital, Kyiv.

Ukraine’s health system is “facing its darkest days in the war so far”, and the best solution is for the conflict to end, he added.

Due to the attacks, hundreds of hospitals and healthcare facilities are “no longer fully operational, lacking fuel, water and electricity to meet basic needs”, he said.

Up to three million people could flee their homes in search of warmth and safety, the WHO says.

Dr Kluge said he was “very concerned” for 17,000 HIV patients in Donetsk “who may soon run out of critical antiretroviral drugs that help keep them alive”.

Much of Donetsk is under Russian control and Dr Kluge said he was “urgently calling for the creation of a humanitarian health corridor into all newly regained and occupied areas”.

There are also concerns about Covid cases rising.

The warnings come as snow has fallen across Ukraine and temperatures have dropped below freezing.

In Kyiv, snow covers walkways, empty playgrounds and park benches. Few people are on the streets.

Despite the snow, winter has not officially started and temperatures are likely to drop much further.

The Zaporizhzhia nuclear power plant, which used to produce more than 25% of Ukraine’s electricity, no longer generates power.

There was renewed shelling at the plant over the weekend.

The head of the International Atomic Energy Agency (IAEA), Rafael Grossi, condemned the attacks, saying it was another “close call” at Europe’s biggest nuclear power plant.

IAEA experts toured the site on Monday, and the agency said they found widespread damage, but that there were no immediate nuclear safety or security concerns.

Russia and Ukraine have accused each other of carrying out the attacks.

Elsewhere in the war, Ukrainian prosecutors have given details of what they have found in four alleged torture chambers in Kherson after Russian troops left the southern city.

They say people were “brutally tortured”, and that batons, bullets and an electrocution device were discovered.

Last week, Ukraine said it had found the bodies of 63 civilians bearing signs of torture near Kherson. The BBC also spoke to two people who said they had been held for more than a month in “torture chambers”.