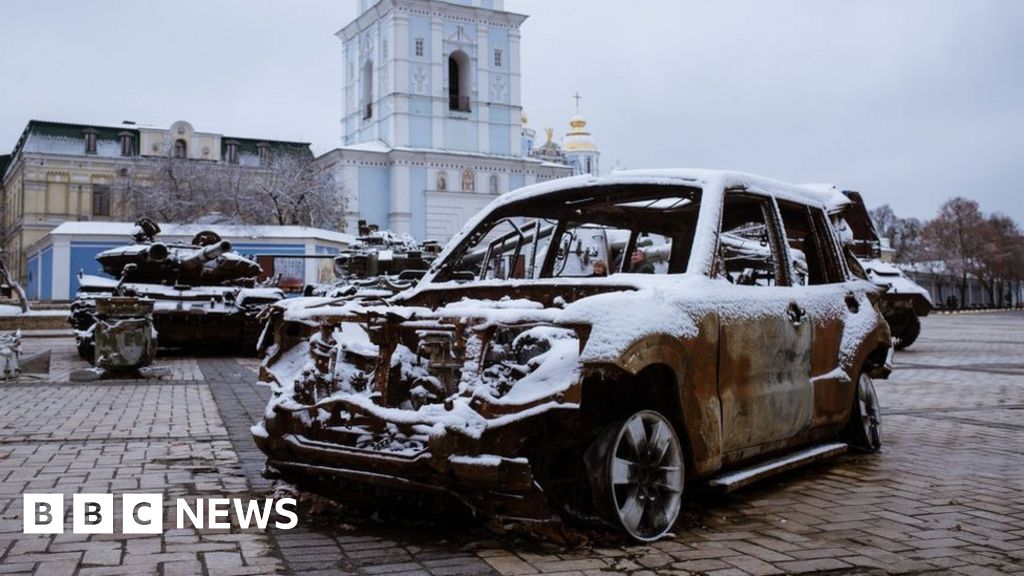 A recent wave of Russian missile and drone strikes have crippled almost half of Ukraine’s energy system, Ukraine’s prime minister has said.

The damage comes as temperatures drop below freezing and the capital Kyiv experiences its first winter snow.

One official in Kyiv warned that the city could face a “complete shutdown” of its power grid.

President Volodymyr Zelensky earlier said that 10 million Ukrainians have been left without power.

And in his video address on Friday night, Mr Zelensky said “the difficult situation with energy supply persists in a total of 17 regions and in the capital”, but added that there were “significantly fewer emergency shutdowns” during the day as energy industry workers were racing to restore power.

“Unfortunately Russia continues to carry out missile strikes on Ukraine’s civilian and critical infrastructure. Almost half of our energy system is disabled,” Prime Minister Denys Shmyhal told a news conference on Friday.

Mykola Povoroznyk, deputy head of the Kyiv administration, said that the city is “preparing for different scenarios, including a complete shutdown”.

He did not say what would happen in the event of the grid completely shutting down, but officials have said they are not considering evacuating any cities.

Ukraine’s national grid operator Ukrenergo posted on Telegram: “The aggressor country has officially recognised that its goal is to destroy our energy infrastructure and leave Ukrainians without electricity and heat.”

Maksym Tymchenko, the CEO Ukraine’s biggest private energy company DTEK, told the BBC that “the situation is getting worse”.

“Unfortunately, after each attack we have less and less reliable and stable energy system. That’s reality,” he said.

On Thursday, Russia hit more energy installations and civilian buildings less than two days after one of its heaviest bombardments yet.

This has been a recent Russian tactic following setbacks on the battlefield, and its impact is starting to be felt more acutely. Moscow says the attacks are a response to Kyiv’s “unwillingness” to hold peace talks.

Those suffering power outages are mainly in the Kyiv, Odesa, Vinnytsia and Ternopil regions.

The government has urged people to save energy by reducing use of domestic appliances such as ovens, washing machines, electric kettles and irons.

In the recently liberated city of Kherson, the deputy head of Mr Zelensky’s office posted photos of people using electricity in designated tents due to there still being no power, adding that the government hopes to have electricity restored in the city “by the end of this week”.