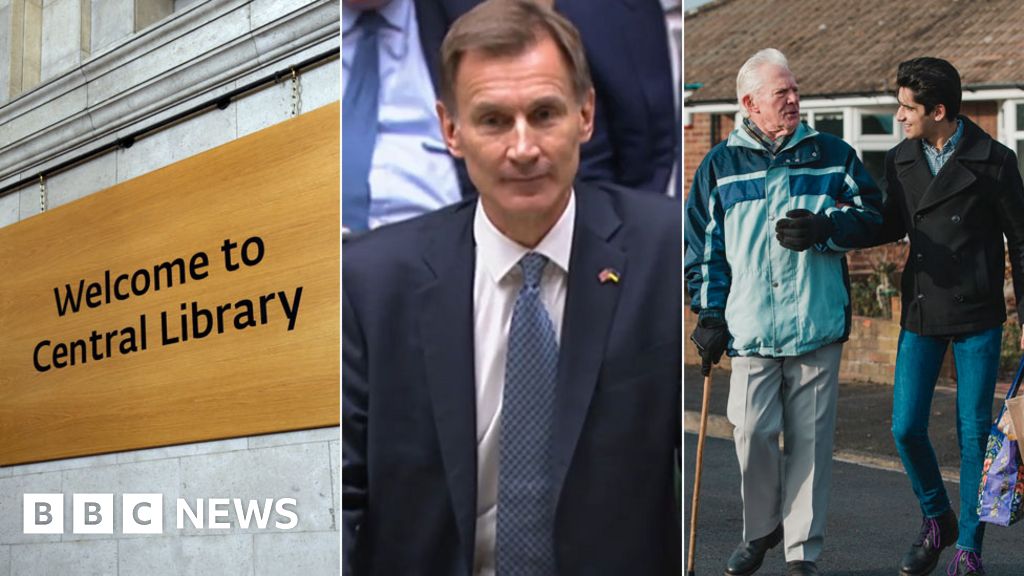 Staying under the duvet always seems tempting at this time of year and looking at what lies ahead might justify seeking somewhere far away to escape to.

The good news – yes, there is some – is that Nasa tells our show this weekend that humans will be living on the moon this decade. So perhaps there really will be more radical options if you want to flee.

You can read about what Nasa’s Howard Hu tells me here and watch the interview in full this Sunday.

But for now, lunar travel is a few years off and with the economy shrinking and the government preaching pain as the price of stability we must contend ourselves with working out how much this is all going to hurt – for the people, for public services, and for the politicians.

Overall, the country is poorer and everyone is going to feel it somehow. Whoever or whatever you blame, that is the cold fact.

The precise size and scale of how deep the recession itself is yet to be seen. But this year we’re heading for the biggest fall in spare cash for every household since just after World War Two.

Let’s put that into historical context:

Inflation is eating away at our prosperity. And the independent number crunchers, the IFS, calculate that because of the taxman taking more and more, anyone who earns over £9,000 will see their wage packet shrink.

Those hikes are not matched by overall cuts to government spending straight away. And it’s important to understand that the squeeze of £30bn that’s planned in the years to come is a reduction on what had previously been pencilled in, not an actual fall in the total amount of spending.

But with inflation rampant the cash available for services we rely on is tightly stretched.

One secondary school head teacher tells me: “I’ve had to tell staff and students to dress warmer. I can only afford to have the heating on for two hours a day, and that’s only if it falls below 18C, otherwise it’s not going on.”

They tell me they’ve already had to increase class sizes, cut back on extra support for kids with particular needs, and can’t afford new staff.

Incidentally, with so much concern around energy costs, this from BBC News’ James Gallagher is well worth a read as are these ideas for keeping costs down.

It is clear right now that things are already tough in parts of our public services. A highly experienced NHS boss, not someone prone to hype, says they have “queues and queues and queues” in their A&E.

General practice is “imploding” in their area, they say, and social care is a “disaster” – estimating that a third of patients in hospital beds are well enough to go home if there was help available for them.

Health and education are, as a result of Thursday’s Autumn Statement, in line for some extra cash to help with the pressures. But the long, long overdue reform of social care has been delayed again.

One senior minister told me the government believes public spending is still a “bit fatty” so there should be savings to find. But a former cabinet minister believes there isn’t anything left to give. “Any sane Secretary of State is going to say, there is nowhere to go, we cannot do this,” they tell me.

Jeremy Hunt’s cuts are less ferocious than George Osborne’s 10 years ago. It is also (whisper it) entirely possible that when it comes to making cuts more money is miraculously found down the back of the Whitehall sofa.

Perhaps after all, the cuts pencilled in for just after the next election may never come to pass.

Chancellors have found it tempting to push their attempts to balancing the books back and back.

What is certain is the next round of cuts comes after many years of restraint on spending and it looks like it is going to be harder for those running public services to do more with less and for many who rely on them, that could hurt.

But what about the political pain?

It’s certainly easier for the government to make their case when Labour agrees with the overall premise that there is a hole in the public finances that has to be filled.

With the end of Jeremy Corbyn and Liz Truss’s leaderships Labour and the Tories are both in the mainstream of economic thinking now.

But having been in charge since 2010, and inflicting the short, wild ride of Trussonomics on the country, the Tories are already getting battered at the polls.

“Higher taxes and worse public services” is not a slogan any political party wants to put on a billboard or post on Facebook.

A pitch of high taxes is not exactly the way to Conservative hearts.