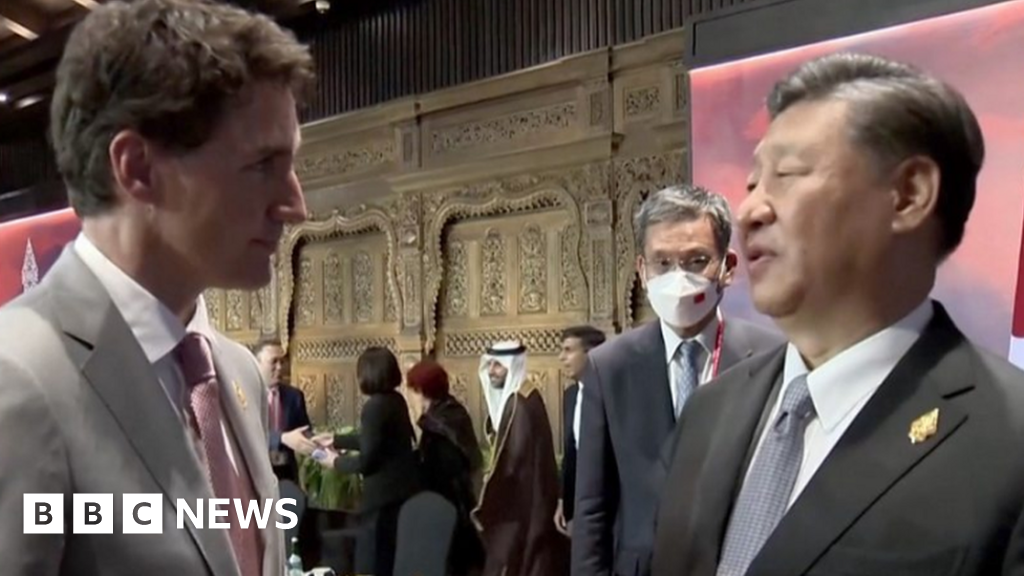 China’s Xi Jinping has been filmed accusing Justin Trudeau of leaking meeting details, days after they held talks at the G20 summit in Bali.

President Xi told the Canadian PM, via a translator, this was inappropriate and accused him of lacking “sincerity”.

He was likely referring to reports that Mr Trudeau discussed alleged Chinese espionage and interference in Canadian elections at the sit down.

The talks, which happened behind closed doors, were the pair’s first in years.

In the footage, filmed by journalists at the now finished gathering of world leaders, President Xi and Mr Trudeau can be seen standing close to each other and conversing via a translator.

“Everything we discussed has been leaked to the papers and that is not appropriate,” the Chinese leader told Mr Trudeau in Mandarin.

It captures a rare candid moment of President Xi, whose image is normally carefully curated by Chinese state media.

After smiling and nodding his head, the Canadian PM responded by saying “in Canada we believe in free and open and frank dialogue and that is what we will continue to have”.

“We will continue to look to work constructively together but there will be things we disagree on,” he added.

Before Mr Trudeau could finish, President Xi cut his counterpart off and asked that he first “create the conditions” – eventually shaking Trudeau’s hand and walking away.

A Chinese foreign ministry spokesperson played down the incident, describing it as a normal exchange that should not be interpreted as criticising or blaming anyone.

The spokesperson, Mao Ning, added that Beijing supported having frank exchanges as long as they were held on an equal basis.

The short but revealing exchange highlighted tensions between China and Canada, running high since the detention of Huawei Technologies executive Meng Wanzhou in 2018 and Beijing’s subsequent arrest of two Canadians on spying charges. All three were later released.

But tensions recently resurged following the arrest of Yuesheng Wang, a public utility worker at Hydro-Quebec, who was charged with espionage.

Mr Wang “obtained trade secrets to benefit the People’s Republic of China, to the detriment of Canada’s economic interests,” Canadian police said in a statement.

At the time, Mr Trudeau and President Xi were at the G20 summit on the Indonesian island of Bali.