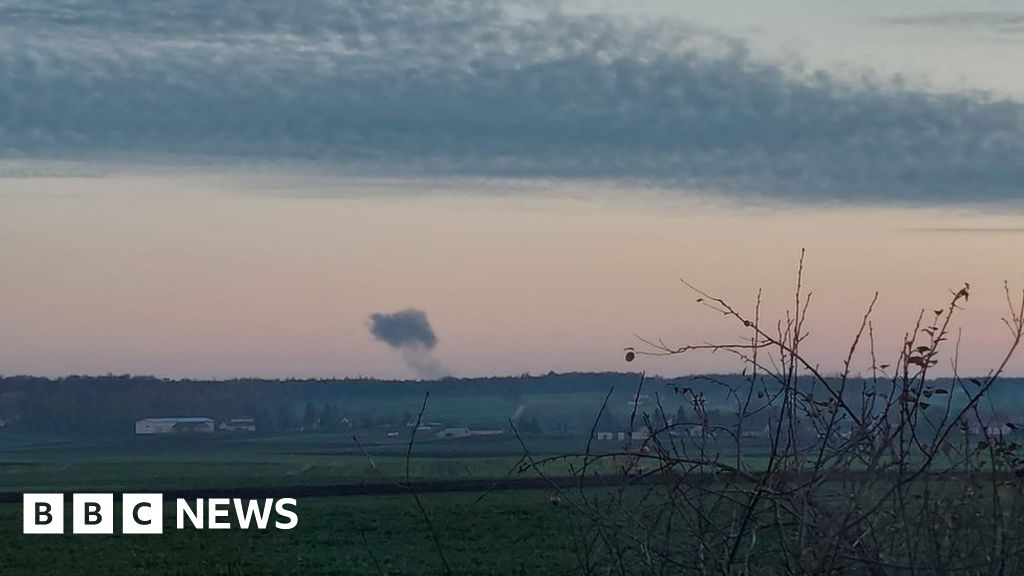 US President Joe Biden has said it is “unlikely” that a missile that killed two people in Poland on Tuesday was fired from Russia.

Polish officials said the “Russian-made missile” landed in Przewodow, on the Ukrainian border.

Early reports had suggested Russia was to blame for the blast. Moscow denied the allegations.

The US President was speaking early on Wednesday morning, after several world leaders gathered on the side lines of the summit at an “emergency roundtable” to discuss the blast.

Reports of the missiles falling in Poland – which is a Nato member – came after Russia launched a fresh wave of attacks across Ukraine on Tuesday, days after its troops were forced to leave Kherson.

Russia dismissed claims it was responsible, with the defence ministry in Moscow attacking what it called “a deliberate provocation aimed at escalating the situation”.

Kremlin spokesperson Dmitry Peskov also said he had no information on the blast.

But Ukraine’s Foreign Minister Dmytro Kuleba said any claim that Ukraine was responsible was a Russian “conspiracy theory”, and that anyone amplifying the message was spreading “Russian propaganda”.

Polish President Andrzej Duda told reporters that it remained unclear how the blast had occurred, and said investigators were evaluating all possibilities.

“We do not have any conclusive evidence at the moment as to who launched this missile … it was most likely a Russian-made missile, but this is all still under investigation at the moment,” he said.

Images shared online showed what appeared to be a large crater on what local media reported was Polish farmland, suggesting missile damage. Another image appeared to show a fragment of a missile.

The encroachment onto Polish territory raised questions as to whether Warsaw would trigger Article Four of the Nato treaty – meaning member states consult on whether the territorial integrity, political independence or security of any member state is threatened.

Warsaw said it was considering whether to invoke the provision.

Despite lending support to Ukraine since Russia’s invasion, Nato has been careful not to become too heavily involved in the conflict in order to prevent an escalation.

G7 also released a statement condemning the “barbaric missile attacks” launched by Russia on Tuesday, and addressing the “explosion” in Ukraine.

“We offer our full support for and assistance with Poland’s ongoing investigation. We agree to remain in close touch to determine appropriate next steps as the investigation proceeds,” it said.

Meanwhile United Nations Secretary General Antonio Guterres also said he was “very concerned” by the Poland explosion, and called for a thorough investigation.

“It is absolutely essential to avoid escalating the war in Ukraine,” his spokesman Farhan Haq said.

The BBC’s Paul Adams said there were a number of possible explanations for the incident.

Russia has no interest in targeting Polish farms, so some kind of malfunction seems possible, he said. And, on a day when Ukraine’s air defences were working hard to bring down Russian missiles, it is also possible that one of those missiles was knocked off course, our correspondent adds.

Nato Secretary General Jens Stoltenberg said he had spoken to Polish President Andrzej Duda and the military alliance was “monitoring the situation”.

“Allies are closely consulting,” he said on Twitter. “Important that all facts are established.”

The attacks came after one of the heaviest bombardments of Ukraine by Russian forces since the war began.

Ukraine was hit by over 90 missiles on Tuesday, according to Ukraine’s Air Force spokesperson Yuri Ihnatw, who said more than 70 were successfully shot down.

Ukrainian President Volodymyr Zelensky said most of the rockets fired had been aimed at the country’s energy infrastructure.