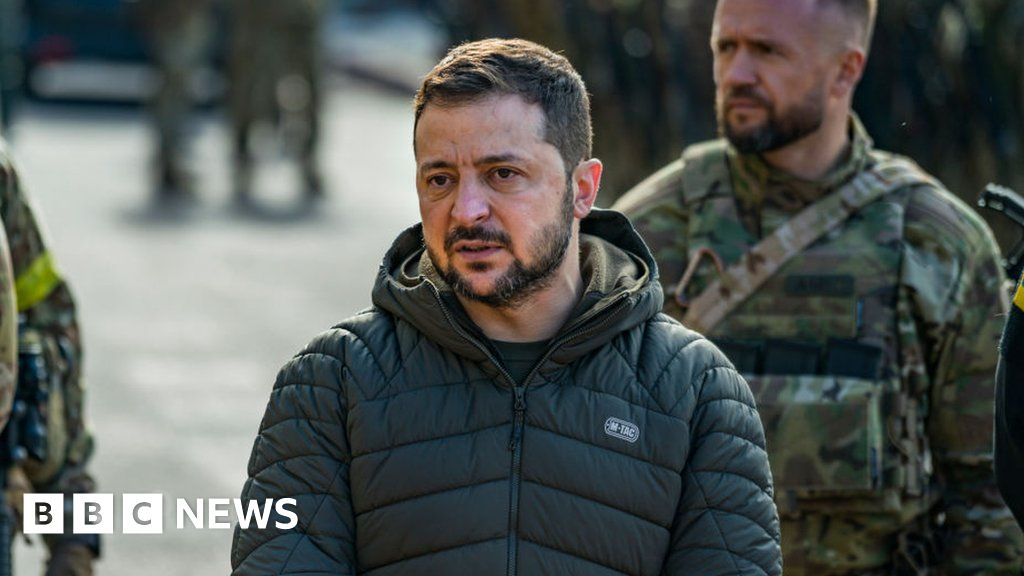 He also pleaded for an extension of a significant grain export deal due to expire soon.

Mr Zelensky appeared in a video speech beamed to leaders gathered on the Indonesian island.

Vladimir Putin, the leader of Russia – a member of the G20 – refused to attend and sent his foreign minister Sergei Lavrov instead.

In his speech, first reported by AFP, Mr Zelensky said: “I am convinced now is the time when the Russian destructive war must and can be stopped.”

He outlined a number of strategies, including ensuring nuclear and food safety, the ending of hostilities, and a prevention of escalation.

He repeatedly addressed the leaders as the “G19” – pointedly excluding Russia.

Chief among his requests was an extension of what is known as the Black Sea Grain Initiative which was struck in July between the United Nations and Russia.

It has ensured that food exports blocked at Ukrainian ports by Russian warships can be shipped out.

The UN says since the deal began, 10 million tonnes of grain and other food have been successfully exported, preventing a global food crisis.

But the deal expires on 19 November. Speaking on Tuesday at a G20 session on food and energy security, Mr Zelensky said the deal should be extended indefinitely, “no matter when the war ends”.

“The right to food is a fundamental right of every person in the world,” he said, proposing to expand the deal to other ports in the Mykolaiv region.

Russia said on Saturday that there had yet to be any agreement to extend the deal.

In return for allowing Ukraine to ship out food, it has insisted that Western sanctions be lifted so that Russia can export its own food and fertilisers to world markets without any hindrance.

Mr Zelensky also accused Russia of trying to “turn the cold into a weapon against millions of people” by bombing key Ukrainian energy infrastructure as winter approaches.

He asked for additional military assistance from Ukraine’s allies, and price restrictions on Russian energy exports such that Russia cannot profit from them.

“If Russia is trying to deprive Ukraine, Europe and all energy consumers in the world of predictability and price stability, the answer to this should be a forced limitation of export prices for Russia… That’s fair. If you take something away, the world has the right to take from you,” he said.

Russia has shut off its Nord Stream 1 pipeline, the largest gas pipeline to Europe, while the opening of a second pipe has been delayed. The West has also tried to wean itself off Russian energy by reducing its use of Russian gas and oil.