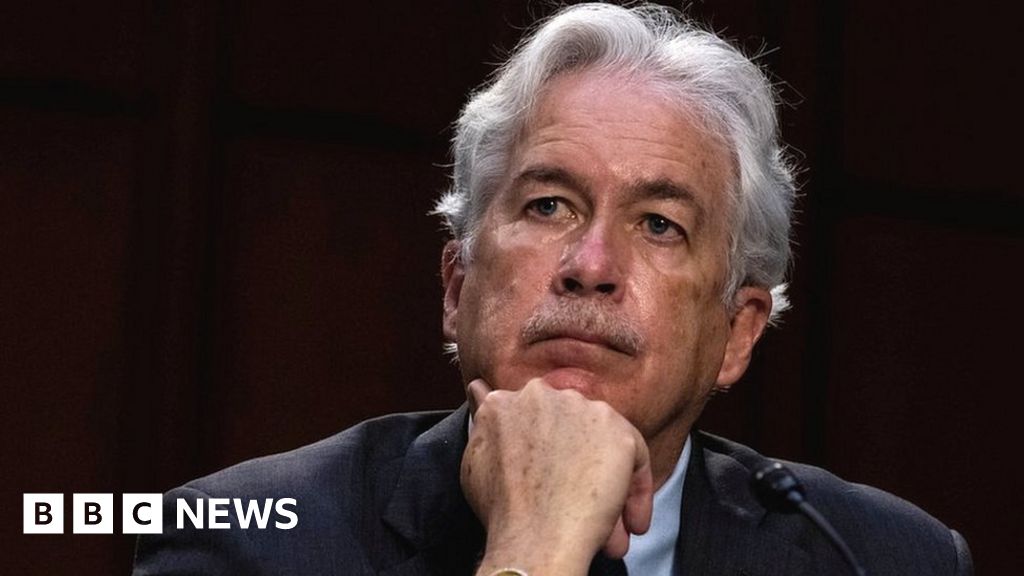 US and Russian spy chiefs have met face-to-face to discuss Moscow’s nuclear threat in Ukraine and American prisoners held “unjustly” by Russia.

The discussions between CIA Director William Burns and his counterpart Sergei Naryshkin took place in the Turkish capital, Ankara, on Monday.

The Kremlin said the talks came as “an initiative of the American side”.

It marks the highest-level public meeting between officials since Russia’s invasion of Ukraine.

The White House said Mr Burns – who was the US ambassador to Russia between 2005 and 2008 and speaks Russian – was not negotiating the end of the war.

His message was “on the consequences of the use of nuclear weapons by Russia,” and the risk of “escalation to strategic stability,” the White House said in a statement.

In recent months, the US has repeatedly warned Moscow against using tactical nuclear weapons in Ukraine, amid hints from the Kremlin that it could be willing to do so.

In September, Russian President Vladimir Putin accused the West of wanting to destroy Russia, stressing he would use “all available means” to protect its territory, in what was seen as a veiled threat to use nuclear weapons.

The US said it would take the threats seriously.

The meeting between Mr Burns and Mr Naryshkin, the head of Russia’s Foreign Intelligence Service (SVR), was confirmed by a spokesman for Turkish President Recep Tayyip Erdogan – who has emerged as a crucial broker between Russia and Western countries since February’s invasion.

The White House statement stressed that Mr Burns was not “conducting negotiations of any kind” and said Washington would “stick firmly to our fundamental principle: nothing about Ukraine without Ukraine”.

It comes as US President Joe Biden met with his Chinese counterpart Xi Jinping ahead of the G20 summit in Bali, Indonesia.

The pair “underscored their opposition to the use or threat of use of nuclear weapons in Ukraine,” according to a White House statement. A statement from the Chinese foreign ministry said Mr Xi told Mr Biden nuclear weapons should not be used and nuclear wars cannot be fought.

The White House statement on the US-Russian meeting also said the officials were discussing the issue of US citizens detained “unjustly” in Russia.

In August, US basketball star Brittney Griner was sentenced to nine years in prison for smuggling and possessing cannabis oil. Last week she was moved to a penal colony.

While the use of cannabis is illegal in Russia, Moscow has been accused of using Ms Griner “as a political pawn”.

In late July, the Biden administration proposed a prisoner swap with Russia to secure Ms Griner’s release, as well as that of ex-marine Paul Whelan, who Moscow accuses of spying.

Russia’s Ambassador to the US Anatoly Antonov will meet with White House officials on Tuesday to discuss the treatment of Russians in US prisons, the Russian embassy said.

Speaking after her transfer to the penal colony, White House press secretary Karine Jean-Pierre said that the US was “unwavering” in attempts to free her and other detained Americans.

One of the roles of intelligence chiefs is to carry out clandestine contacts and back-channel communications, and Mr Burns has played a particularly important role in this with Russia – he was despatched months before Russia’s invasion of Ukraine to deliver a warning about the likely consequences.

The exact content of the discussions in Ankara is unknown – a CIA spokesperson said they never discuss the director’s engagements abroad- but the meeting comes at an important moment in the conflict following the fall of Kherson and the question of how Moscow will respond to this setback.

While Mr Naryshkin is not thought to carry the same weight in Moscow that Mr Burns does in Washington – he is not part of Mr Putin’s inner circle and was notably humiliated by Russia’s leader at a meeting on the eve of the invasion in February – US leaders will hope will be that a face-to-face meeting will give the CIA director some insight into the thinking in Moscow.