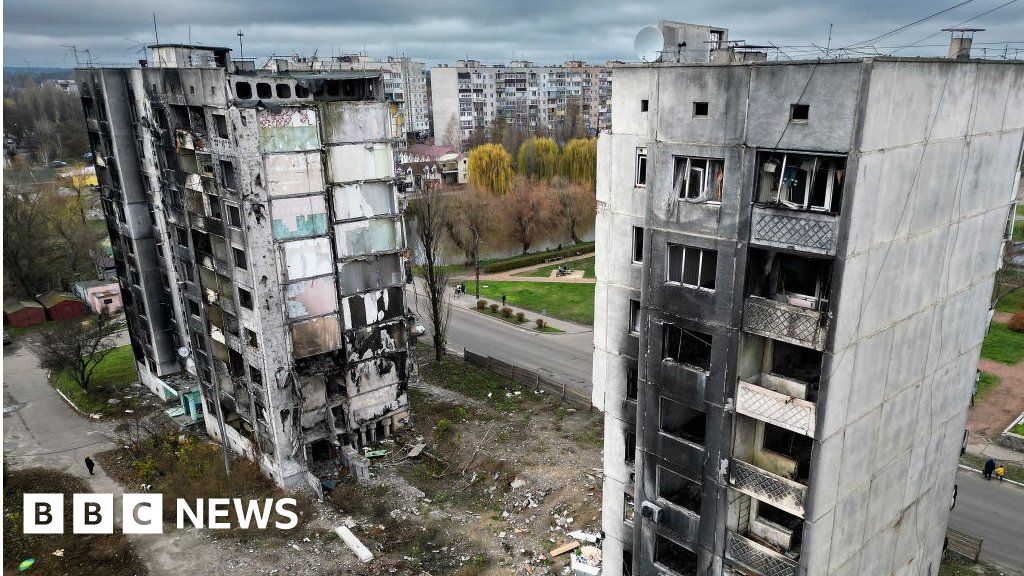 Russia has angrily rejected international calls for it to pay for war damage it has inflicted in Ukraine.

It comes after the UN General Assembly passed a resolution saying Russia should face the consequences of its actions, including paying reparations.

General Assembly resolutions carry symbolic weight, but do not have the power to enforce compliance.

The Kremlin said it would work to stop the West seizing its international reserves to pay for reparations.

Spokesperson Dmitry Peskov accused the West of attempting to “formalise robbery” and violate the rules of private property and international law.

The resolution said that Russia “must bear the legal consequences of all of its internationally wrongful acts, including making reparation for the injury, including any damage, caused by such acts”.

It also recommends that member states, in collaboration with Ukraine, create an international register to record evidence and claims against Russia.

Ahead of the vote, Kyiv’s UN Ambassador Sergiy Kyslytsya told the assembly that Russia had targeted everything from factories to residential buildings and hospitals in the war.

In addition to needing finance to rebuild infrastructure, he said that recovery “will never be complete without a sense of justice for the victims of the Russian war”, adding: “It is time to hold Russia accountable.”

Russian Ambassador to the UN Vassily Nebenzia labelled the resolution “legally null and void”, and accused the West of “trying to draw out and worsen the conflict”.

The resolution was supported by 94 out of 193 member states, while 14 – including Russia, China and Iran – voted against it. The remaining countries all abstained.

By contrast, 143 member states voted in October to condemn Moscow’s illegal annexation of parts of Ukraine.

There have been previous examples of countries being ordered to pay reparations after conflicts.

The most famous is the 269bn marks that Germany was told to pay by the allies after World War One – around $300bn (£250bn) in today’s money.

The high price was intended to ensure that Germany would not be capable of more war for many years.

But it ended up having the opposite effect, as many historians argue the crippling reparations and labelling of Germany as the “guilty” party in the war were a key driver of resentment that led to World War Two.

Germany and other axis powers were also forced to pay reparations after that conflict, but with a greater emphasis on rebuilding damaged infrastructure in Europe than on punishing Germany for its actions.