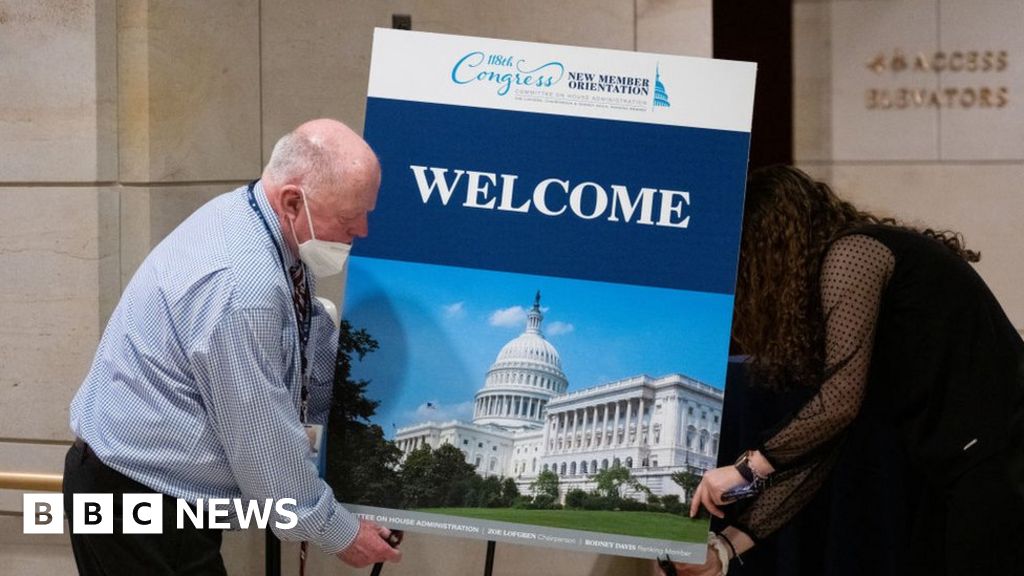 Nearly one week after voters cast ballots in the US midterm elections, the race to control the lower chamber of Congress remains tight.

Republicans must win at least 218 seats to retake a majority in the House of Representatives, a prospect that has sharply narrowed.

The party has currently won 214 seats while Democrats have won 210, according to race projections from CBS News.

The Biden administration had feared that a loss of power in Congress would bring the president’s agenda to a halt.

If the two parties split control of Washington, Democrats will “maintain our positions” but voters should not “expect much of anything”, President Biden said on Monday.

Speaking to reporters in Indonesia, where he is attending the G-20 summit, Mr Biden said the results had “sent a very strong message around the world that the United States is ready to play” and wants to remain “fully engaged in the world”.

He noted there was “a strong rejection” of election denialism, political violence and voter intimidation. But he warned that, without a majority in the House, Democrats would be unable to codify abortion rights through legislation, a key priority for liberal voters.

Out of the 11 House races that still remain to be called, most are in western and southwestern states, including California and Arizona.

The latter’s race for governor is also too close to call, with Republican Kari Lake – a chief proponent of false claims that the 2020 election was stolen from Donald Trump – trailing Democrat Katie Hobbs.

A loss for Ms Lake would see her join the ranks of pre-eminent Trump-backed election deniers who lost last week. But a BBC News tally of results found at least 125 election deniers have won races for the House, Senate and governorships.

Newly elected members of Congress, including the first lawmaker from Generation Z and the first openly gay Republican, have already begun arriving in Washington for orientation.

History suggests the party controlling the White House usually loses seats in a midterm election, and Democrats’ performance this year is considered the best for a sitting party in at least 20 years.

That has endangered leadership bids for the top Republicans in the Senate and House ahead of the party’s internal elections on Tuesday.

House Minority Leader Kevin McCarthy – who hopes to succeed Nancy Pelosi as Speaker in the next Congress – and Senate Minority Leader Mitch McConnell are both reportedly scrambling to garner support from their colleagues.

Divisions within the party have been on full display in recent days as former President Donald Trump, who has received some of the blame for a poor showing, prepares to launch another presidential run later this week.