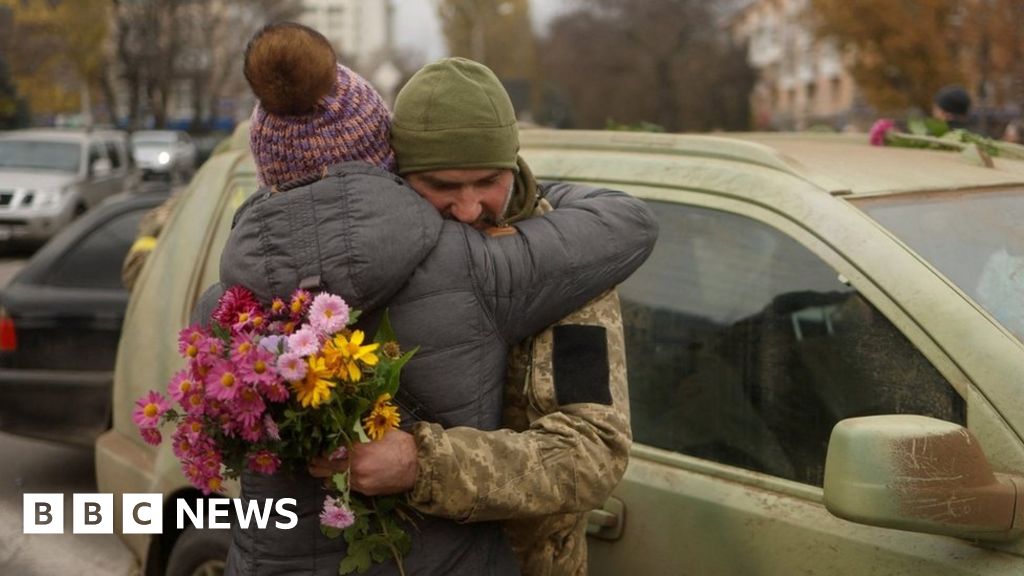 Ukrainian President Volodymyr Zelensky says that investigators have uncovered more than 400 war crimes in areas of Kherson abandoned by Russian forces as they retreated.

Mr Zelensky said the bodies of civilians and soldiers had been found.

The BBC has been unable to verify the allegations. Moscow denies its troops intentionally target civilians.

Meanwhile, Ukrainian authorities have imposed a curfew and restricted travel in and out of Kherson.

“In the Kherson region, the Russian army left behind the same atrocities as in other regions of our country, where it was able to enter,” Mr Zelensky said in his nightly video address.

“We will find and bring to justice every murderer. Without a doubt.”

Since the start of the war, mass graves have been found in areas including Bucha, Izyum and Mariupol. Ukraine has accused Russian troops of being behind the atrocities.

A UN commission last month said that war crimes had been committed in Ukraine and that Russian forces were responsible for the “vast majority” of human rights violations at the start of the invasion.

Kherson was the only regional capital to be captured by Russia since the February invasion of Ukraine.

The region, along with three others, was proclaimed by President Vladimir Putin to be part of Russia, at a ceremony in the Kremlin in September.

But Kherson city was liberated by Ukrainian troops on Friday. Crowds of flag-waving Ukrainians greeted Kyiv’s soldiers with hugs and kisses.

Officials have returned to run Kherson’s administration after the retreat of some 30,000 Russian occupation troops.

Ukrainians see it as a major national victory and humiliation for the Kremlin, on a par with the Russian withdrawal from the Kyiv suburbs in March.

There are fears that some Russian soldiers may have remained behind in disguise, while collaborators who helped the Russians during the occupation are now liable to be prosecuted.

Mr Zelensky said detention of Russian soldiers and mercenaries “who were left behind in this territory and neutralisation of saboteurs are also ongoing”.

Ukrainian forces are working to restore internet and television connections, while electricity and water supplies will be fixed “as soon as possible”, he said.

There are fears that Russian troops, now digging in on the opposite bank of the Dnipro river, may resume shelling.

Kherson officials have banned use of river transport from 13 to 19 November.

Russian explosives litter the region, and locals who fled have been warned not to return until their homes have been checked for mines or booby traps.

Kherson governor Yaroslav Yanushevych has told citizens to avoid crowded places and stay away from the city centre on Monday because the military will be de-mining there.