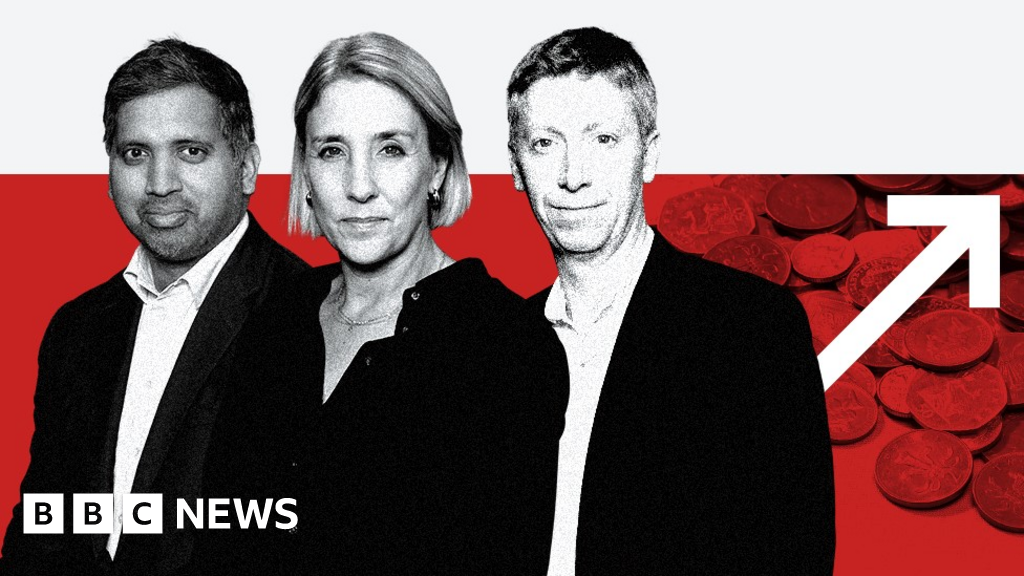 It is a big week for the UK’s finances as we find out how the government plans to try and get the economy growing as the cost of living soars.

BBC News has experts dedicated to helping audiences navigate the cost of living crisis. We asked them how it may affect you.

You generally expect your wages to increase each year.

This rise may mean you start paying income tax, or it pulls you into a higher tax bracket. This means that even if your pay rise does not match the level of rising prices, you would pay more in tax. This is a particular issue at times of high inflation, such as now.

The chancellor could use these bands as a way to raise more tax without actually increasing tax rates. That might sound strange, but here is how it works.

Those earnings levels, known as tax thresholds (which are slightly different in Scotland), are being frozen until 2026 under current policy, rather than rising in line with inflation. Speculation suggests that freeze may be extended for a further two years.

Whether or not you do end up in a higher tax band, a greater proportion of your income is likely to be taxed.

More from Kevin: Are you missing out on benefits?

The government is currently helping limit your energy bills.

It has lowered the maximum price you can be charged for each unit of energy you use and it is giving you cash directly to help you pay the bills.

Since October, that has limited a typical household’s bill to £2,500.

This help is due to end in April, and most households are staring down the barrel of another massive jump in bills.

The government has already said the most vulnerable will continue to be protected, but the chancellor may explain exactly how in this Autumn Statement.

And for everyone else trying to sort out their own budgets, he may give a hint about what to expect beyond this winter.

More from Colletta: Four discounts that could help you

The cost of living is soaring at its fastest rate for 40 years and the chancellor is under pressure to deliver on previous promises to raise all benefits in line with the rising cost of living.

That would see both Universal Credit payments – for those on low pay or unemployed – and the state pension go up by September’s inflation figure of 10.1% from next April.

Former Prime Minister Liz Truss faced a backlash from some Conservative MPs when she proposed raising them by average earnings instead, which would be 5.5%.

Rental costs have soared while housing benefits have been frozen, and lower income households spend more of their money on necessities such as gas, electricity and food, which have gone up faster than the headline rate of inflation.

The number of 16-24 year olds not in education, employment or training now stands at one in 10.

The government was so concerned by the effect of the coronavirus lockdown on young people’s ability to find employment that it subsidised six-month job placements for more than 150,000 under-25-year-olds. But that scheme has now come to an end.

Prime Minister Rishi Sunak has said he wants to prepare young people for the economy of tomorrow and that education is the most powerful way to transform peoples lives.

But with Chancellor Jeremy Hunt warning that spending needs to come under control – how much room does the prime minister have to invest more in skills and training for young people?

The Autumn Statement may feel very distant from your life but Chancellor Jeremy Hunt’s plan will be aimed at “restoring stability” and “getting inflation down”.

The pandemic, the Ukraine war, and some aspects of Brexit mean a slowing economy with tax revenues hit, spending up, and higher interest payments on debts.

All that means the UK’s debt are expected to rise in a few years’ time. That goes against this government’s self-defined targets for “responsible” finances.

Setting a plan for a declining national debt by 2027-28 will require tens of billions of both spending cuts and tax rises.

It is this plan, the Autumn Statement, that we get on Thursday. But in making those numbers add up, the chancellor will also be under pressure not to deepen what already is set to be lengthy recession.

The challenge is to present a set of numbers that both add up and a set of policies that will actually pass through Parliament.

His aim will be to help keep the interest rates set by the Bank of England, and by mortgage lenders, for example, lower than they otherwise would be.

More from Faisal: Why is the UK struggling more than any other big country?

Look out for plans to make companies that are doing well due to soaring oil prices share some of the pain of people who are facing soaring bills.

Companies including Shell and BP have reported some of the highest profits in their history since Russian exports have been cut or shunned.

The government has already placed an additional tax of 25% on the profits of UK oil and gas operations making a total tax of 65% on any UK profits. Expect that to rise to at least 70% and possibly 75%.

Renewable electricity energy generators have also seen profits soar while the sun and the wind has not changed in price. New renewable projects sell their energy at agreed and fixed prices – so there is no windfall to tax. But older facilities are making more money than they imagined and the chancellor knows that.

When millions of people’s pain is some companies’ gain, the political and economic pressure to further increase taxes on companies that are reporting bumper profits on the back of energy price rises will seem irresistible to the government.