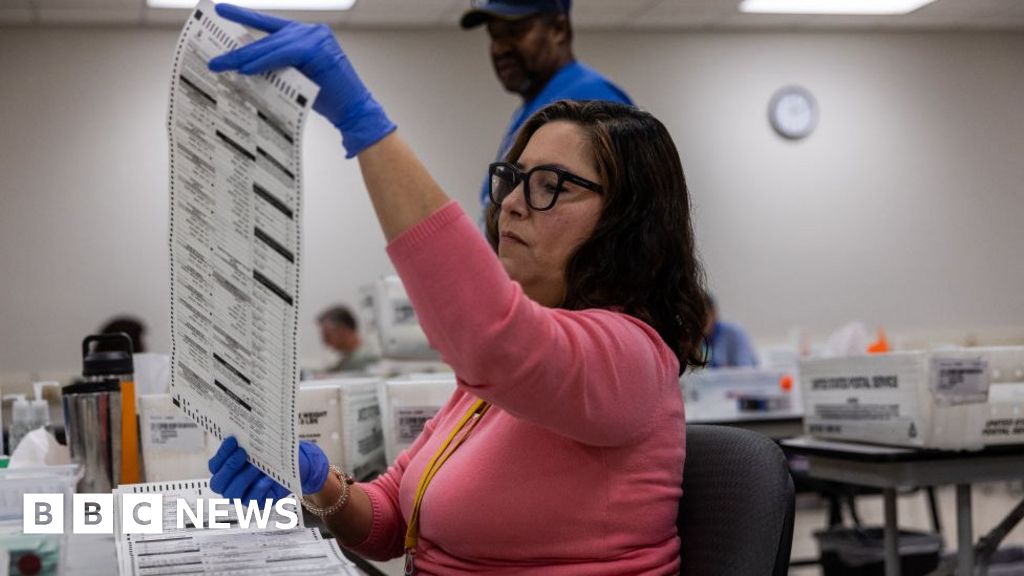 The ultimate outcome of the US midterms remains unclear nearly two days after polls closed, with control of Congress still hanging in the balance.

Control of the Senate now hinges on the outcome of three states: Arizona, Nevada and Georgia, where a run-off election will be held on 6 December.

Meanwhile, the Republicans are inching closer to a 218-seat majority in the House of Representatives.

President Joe Biden has hailed the results as a “good day for America”.

Electoral officials have repeatedly described the delays announcing the final results as a normal, expected part of US elections due to thin margins between candidates, possible recounts and potentially contested elections. Additionally, rules differ by state for how mail-in ballots are counted, and when.

As of Thursday morning, the House of Representatives is leaning towards the Republicans, according to projections from CBS News, the BBC’s partner in the US.

The Republicans have so far secured 210 seats, compared to 200 for the Democrats. A total of 218 seats are needed to gain a majority in the legislative body, which has 435 members.

Control of the Senate remains a toss-up, with the Democrats having secured 48 seats to the Republicans’ 49. Four races – Alaska, Arizona, Nevada and Georgia – have yet to be called.

CBS has projected that Arizona is leaning Democrat, while Nevada could go to either party.

Alaska – where three candidates were on the ballot in a ranked-choice voting system – has not been called, although CBS has projected it will remain Republican, with two Republicans – incumbent Senator Lisa Murkowski and challenger Kelly Tshibaka – in the lead.

In Georgia, the closely-watched Senate race between incumbent Democrat Raphael Warnock and Republican Herschel Walker will head to a run-off in December.

With a third-party candidate on the ballot in this week’s election, neither candidate secured the 50% of the votes needed for a winner to be declared.

In Arizona, hundreds of thousands of ballots remained uncounted as of Wednesday night, including an estimated 400,000 in Maricopa County and approximately 159,000 in Pima County, where officials have said that a final count is unlikely until early next week.

Votes are still also being tabulated in Nevada.

Even with results still being calculated on Wednesday, US President Joe Biden said the election was a “good day” for US democracy. An expected ‘red wave’ of resounding Republican victories failed to materialise despite high inflation and relatively low approval ratings for the Biden administration.