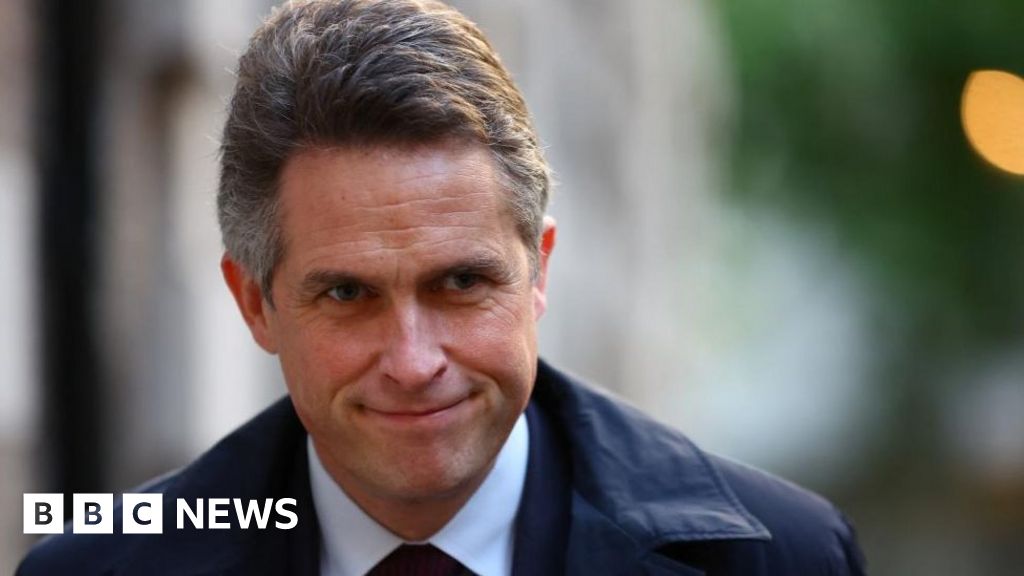 Sir Gavin Williamson’s expletive-laden text messages to a colleague were “not acceptable”, a key ally of the prime minister has said.

Mr Dowden confirmed the prime minister knew about the complaint against Sir Gavin before appointing him to cabinet, but had not seen the messages.

The Liberal Democrats have called for Mr Williamson to be sacked.

The Sunday Times published texts said to have been sent by Sir Gavin to Ms Morton in which he accused her of excluding some MPs from the Queen’s funeral.

And former Conservative party chairman Sir Jake Berry said he had told the prime minister of her complaint.

Rossendale and Darwen MP Sir Jake says he told Mr Sunak about the complaint accusing Sir Gavin of “bullying and intimidation” on 24 October.

Mr Sunak succeeded Liz Truss as prime minister on 25 October and appointed Sir Gavin a minister of state at the Cabinet Office.

The prime minister was not aware of the details of the messages when he decided to bring Sir Gavin back into government as a minister, Mr Dowden said.

Ms Morton says she complained to her party headquarters last month about Sir Gavin’s behaviour but is yet to hear how it will be acted upon.

Sir Gavin is reported to have sent her the texts in the run-up to the Queen’s funeral in September.

In them, he appears to have complained that MPs who were not “favoured” by Ms Truss were being excluded from the ceremony at Westminster Abbey.

He accused Ms Morton of “rigging” the ticket allocation to punish people – including himself – who were not supportive enough of the then prime minister.

Sir Gavin reportedly warned Ms Morton “not to push him about” and that “there is a price for everything”.

Sir Gavin is quoted in the Sunday Times as saying: “I of course regret getting frustrated about the way colleagues and I felt we were being treated.

“I am happy to speak with Wendy and I hope to work positively with her in the future as I have in the past.”

Mr Dowden told the BBC’s Laura Kuenssberg that the messages were sent “in the heat of the moment at a very difficult time”.

Sir Gavin was “frustrated” at the then government, but accepts that he “shouldn’t have sent them and he regrets it” Mr Dowden said.

He added that it was “no secret” that Sir Gavin and other backbench MPs did not enjoy “a good relationship” with Ms Morton.

But he would not comment on whether Sir Gavin will face punishment over the messages, which he said were subject to a complaints process.

It’s obvious this morning the government has no intention of getting rid of Gavin Williamson.

Oliver Dowden, Rishi Sunak’s right-hand man, told us his texts weren’t acceptable, but tried to defend him by saying they’d been sent at a difficult moment in Parliament.

The problem for No 10 is, rules about what is or isn’t acceptable behaviour in a professional environment don’t apply depending on your mood.

And while he hadn’t seen the texts, Mr Sunak had been warned there was a bullying complaint about Mr Williamson and decided to give him a job anyway, while promising his government would be all about integrity and professionalism.

As the former minister, Justine Greening reminded us, Mr Williamson has already been ejected from government for bad behaviour so there’ll be political pressure on the PM on his first foreign trip to take action on this issue at home.

Both Ms Morton and Sir Jake lost their jobs in the reshuffle when Mr Sunak came to power, while Sir Gavin – a former chief whip and a a key member of Mr Sunak’s leadership campaign – returned to government.

Sir Gavin was defence secretary in Theresa May’s government but was sacked in 2019 over claims – denied by him – that he had leaked details of a national security council meeting. He then became education secretary in Boris Johnson’s cabinet but was replaced after two years.

Labour deputy leader Angela Rayner said Mr Sunak’s decision to bring Sir Gavin back into government saw him put “party management before the country” and his judgement was “in question”.

She said: “Rishi Sunak’s pledge to restore integrity, professionalism and accountability has been exposed as nothing more than hollow words.”

“If the prime minister was serious about restoring integrity, he would sack Gavin Williamson.”

Mr Sunak is also facing questions over his decision to reappoint Suella Braverman as home secretary after she admitted to repeatedly using private email to conduct government business.

Ms Braverman was reappointed to her role six days after she was forced to resigned over two breaches of the ministerial code.

Then prime minister Liz Truss asked Ms Braverman to step down after discovering she had sent confidential material from her private email address to Conservative MP Sir John Hayes, a long-time ally.

She has since admitted using her personal email for official business six times so she could read the documents while taking work video calls.

In a letter explaining her actions, Ms Braverman insisted there was no top secret or market-sensitive information.

Labour’s shadow home secretary, Yvette Cooper, also said her party “will use every parliamentary mechanism open to force government to come clean over her reappointment, to get answers and to require detailed documents to be released to the Intelligence and Security Committee”.