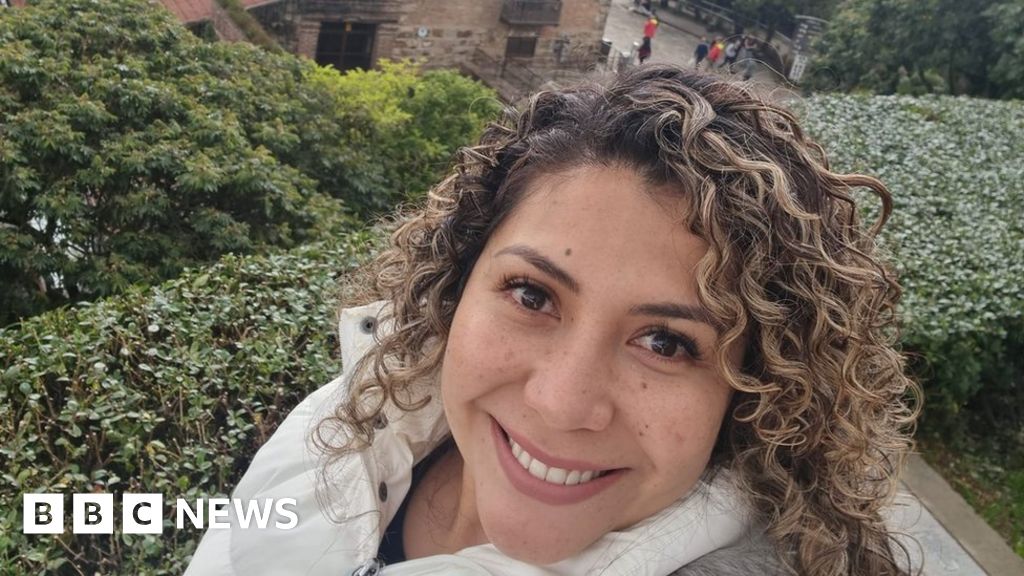 Ecuador’s president has said a body found by authorities is that of a young female lawyer who went missing after visiting a police training school.

He named the woman as María Belén Bernal, 34, who vanished 10 days ago after going to see her husband at the facility in the capital Quito.

Her husband is the main suspect in her killing and is on the run, police say.

Ms Bernal’s death sparked protests in a country which has reportedly seen more than 200 femicides this year.

Officials said her remains were found on a hill 5km (3 miles) from the training school in question.

Commenting on the grim discovery, President Guillermo Lasso said the news caused him “deep pain and indignation”, vowing that her killing would not go unpunished.

In a tweet, he sent his sympathies to the victim’s mother and young son.

Ms Bernal went missing after visiting the facility at 01:30 local time on 11 September.

The school’s head has been sacked, and the government has offered a reward of $20,000 (£17,800) for the capture of Ms Bernal’s husband, Lt Germán Cáceres.

Mr Cáceres disappeared not long after giving police a statement about his missing wife, and was subsequently fired from his job as an instructor at the school.

He remains the subject of a large manhunt, amid public outrage over authorities’ handling of the case.

Ms Bernal’s death has led to protests from relatives, friends and women’s rights groups in Quito – as well as calls for justice from her mother.

Femicide – when a woman is killed because of her gender – in Ecuador is on the rise, according to the Aldea Foundation, which tracks the crime in the country.

According to the UN, 65 out of every 100 Ecuadoran women have experienced some form of gender-based violence in their lifetime.