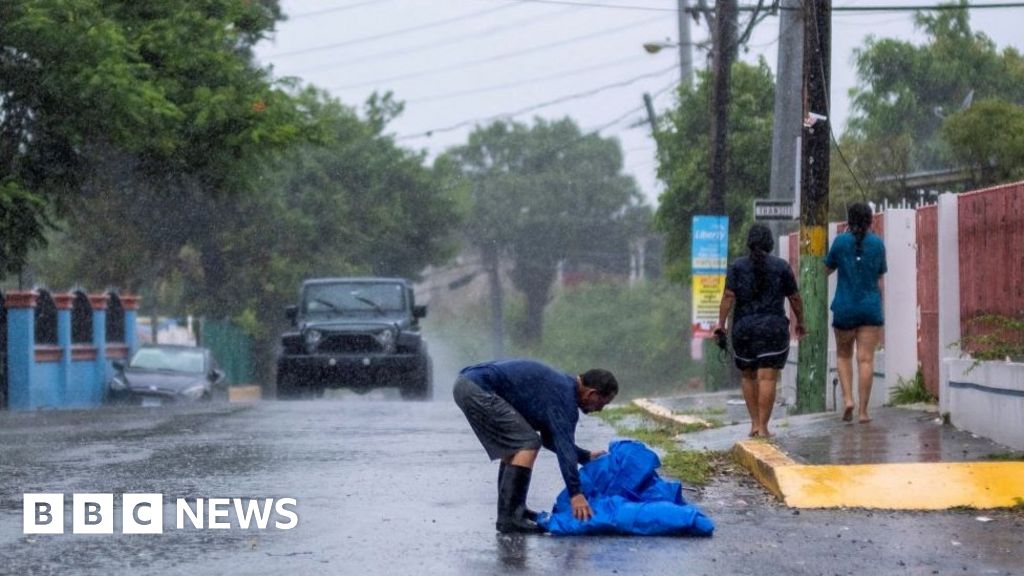 The arrival of Hurricane Fiona has knocked out all electricity on the US island of Puerto Rico.

The operator of the island’s grid, Luma Energy, said the system had lost power as winds reached 86mph (140km/h).

Forecasters warned of as much as 2ft (0.6m) of rain and catastrophic flooding for the US territory, as the Category 1 storm made landfall.

It could take several days to restore power to the Caribbean island’s population of 3.3m people, according to Luma Energy.

Some health centres running on generators have also been affected. The health secretary said crews were working to repair generators as soon as possible.

Ports have been closed and flights out of the island’s main airport have been cancelled.

On the French island of Guadeloupe one person was killed when his house was swept away by severe flooding.

Three weeks after the disaster, only about 10% of Puerto Ricans had electricity. The national grid still remains fragile, with outages a daily occurrence.

Torrential rains and mudslides are also forecast for the Dominican Republic as the hurricane progresses northwest, with the Turks and Caicos Islands also likely to be affected.