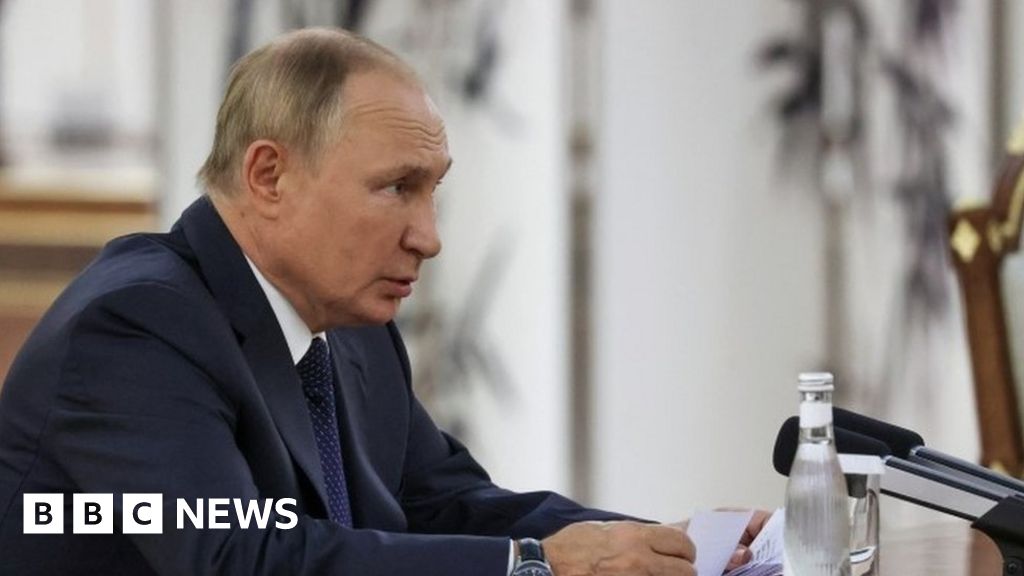 Vladimir Putin has acknowledged China’s “concern” over Ukraine, in his first face-to-face talks with President Xi Jinping since the Russian invasion.

But speaking in Uzbekistan, Mr Putin also thanked China for its “balanced position” – and said US “attempts to create a unipolar world” would fail.

Mr Xi said China was willing to work together with Russia as “great powers”.

China hasn’t endorsed Russia’s invasion but has grown trade and other ties with Moscow since it was launched.

The two leaders’ meeting on the sidelines of the Shanghai Cooperation Organisation (SCO) summit in Samarkand comes at a crucial point in the Ukraine war, as Russian troops lose ground in parts of the country.

“We highly value the balanced position of our Chinese friends when it comes to the Ukraine crisis,” Mr Putin told Mr Xi, on only his second foray abroad since February’s invasion.

Revealing that China had “questions and concern” about the situation in Ukraine, he said he understood.

“During today’s meeting, we will of course explain our position,” Mr Putin said.

The invasion has plunged Moscow into its worst crisis with the West since the Cold War and has sent global food and energy prices soaring.

It also poses a huge challenge for China – whose relations with the West have nosedived in recent years over issues including human rights and the future of Taiwan.

Mr Putin and Mr Xi have met dozens of times over the years but their latest talks received particular scrutiny.

Their growing relationship – which they characterise as a bulwark to Western dominance – signifies a major shift in the world order following the demise of the Soviet Union in 1991.

The roles are reversed now, with China the dominant partner, having risen to become an economic superpower.

“Putin is getting more out of it than Xi – Russia is quite isolated internationally,” Professor Emeritus Rosemary Foot, a senior research fellow in international relations at Oxford University, told the BBC.

“So it’s important to show that China is a supportive partner, not an ally but certainly a supportive actor. There is a close relationship.”

For Mr Xi, who described Mr Putin as “an old friend”, the optics of the meeting were also significant.

He is seeking a historic third term at a Communist Party congress next month, and his visit to Central Asia is the first time he has left China since the start of the Covid pandemic.

His trip comes amid fresh lockdowns in China, where his “zero Covid” policy is still in place. While the rest of the world has opened up, Beijing continues to shut down entire cities and provinces every time cases flare up.

China and Russia have long sought to position the SCO, founded in 2001 with four ex-Soviet Central Asian nations, as an alternative to Western multilateral groups. India, Pakistan and Iran are also members.

During their last meeting in February – when Mr Putin travelled to Beijing for the Winter Olympics at Mr Xi’s invitation – the two sought to demonstrate their close ties, famously declaring they shared a friendship with “no limits”.

Beijing has urged an end to hostilities and stressed the importance of national sovereignty. But it has also refused to call the war an invasion, as Russia refers to it as a “special military operation”.

In recent weeks China has sent troops to take part in joint military exercises with Russia, and sent senior officials to meet Russian counterparts. It has also come to Russia’s economic aid as Western sanctions were imposed.

This relationship has been a win-win for both countries. With Europe reducing its dependency on Russian oil and gas, China has increased its purchases, which it is reportedly getting at discounted rates.

Last month Beijing also agreed to pay for gas in Russian roubles and Chinese yuan, giving Moscow a much-needed alternative to dollars as a foreign reserve, while furthering China’s interests in boosting the yuan as an international currency.

But China appears to have drawn a line.

US intelligence says Moscow is so desperate for weapons, it has turned to Iran and even North Korea for supplies. It has also apparently approached China – but there has been no indication so far that Beijing has agreed.

Some experts believe that despite the rosy picture of comradeship, Mr Xi will want to maintain some distance between him and Mr Putin for several reasons.

“It would be spectacularly inept to choose the moment of maximum Russian tactical retreat in Ukraine to lean into Moscow even harder than Beijing already has,” said Evan Feigenbaum, vice-president for studies at the Carnegie Endowment for International Peace, in a recent commentary.

Another concern for Mr Xi is that former Soviet Central Asian countries, four of which are members of the SCO, do not support Russia’s invasion of Ukraine – which also used to be part of the USSR.

“[Mr Xi] must be very aware that Central Asia is unhappy and nervous about what’s going on,” Prof Foot told the BBC.