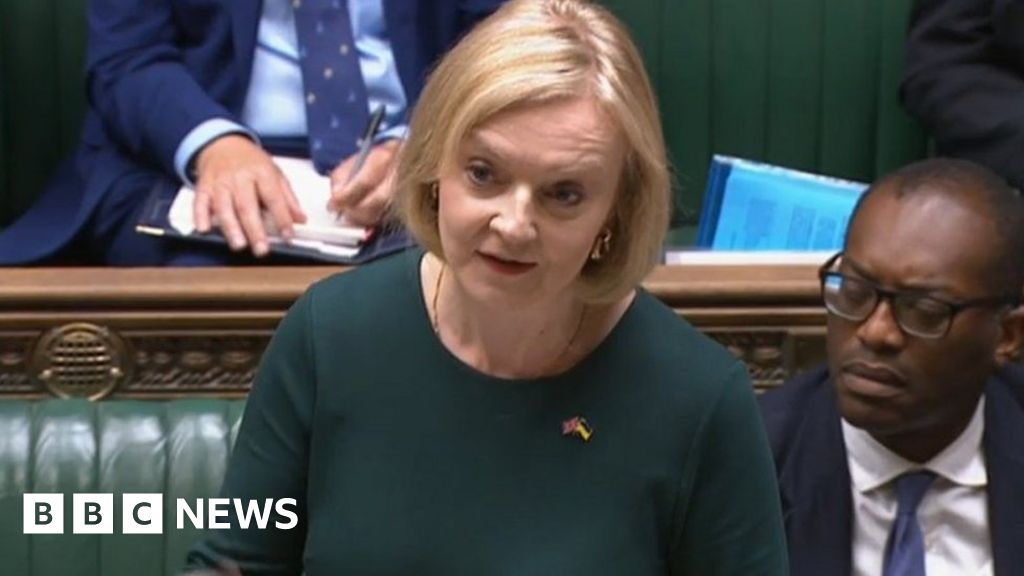 PM Liz Truss has said the thoughts of people across the UK are with the Queen and her family, following concerns over the monarch’s health.

In a statement, Buckingham Palace said the Queen was under medical supervision.

The news interrupted a Commons debate, where the PM’s plan to limit energy bills was being discussed.

Speaker Sir Lindsay Hoyle intervened to say that the “thoughts and prayers” of MPs were with the Queen’s family.

Minutes before both Ms Truss and Labour leader Sir Keir Starmer had been informed of the news and had left the chamber.

Ms Truss later tweeted: “The whole country will be deeply concerned by the news from Buckingham Palace this lunchtime.

“My thoughts – and the thoughts of people across our United Kingdom – are with Her Majesty The Queen and her family at this time.”

Her words were echoed by other politicians.

Labour leader Sir Keir said he was “deeply worried” by the news and that he joined “everyone across the United Kingdom in hoping for her recovery”.

Scottish First Minister Nicola Sturgeon said: “All of us are feeling profoundly concerned at reports of Her Majesty’s health.

“My thoughts and wishes are with the Queen and all of the Royal Family at this time.”

Mark Drakeford – the first minister of Wales – said he was concerned to hear the news and that he sent his “best wishes to Her Majesty and her family on behalf of the people of Wales”.

Liberal Democrat leader Sir Ed Davey tweeted: “The whole nation’s thoughts and prayers are with Her Majesty The Queen and her family as we all hope and pray for her full recovery.”

Former Conservative Prime Minister David Cameron said he was “deeply concerned by the news this afternoon from Buckingham Palace.

“I send my heartfelt thoughts and prayers to Her Majesty The Queen and the Royal Family at this worrying time.”

Tony Blair – Labour prime minister from 1997 to 2007 – also said he was “deeply concerned” by the news and that his “thoughts and prayers” were with the Queen and her family.

On Wednesday, an online meeting between senior politicians and the Queen was postponed.

Buckingham Palace said the Queen had been advised to rest after “a full day” on Tuesday during which she met the outgoing prime minister Boris Johnson and his successor Ms Truss.

BBC political editor Chris Mason says: “It’s been a busy week for the monarch with that handover of power, her playing that crucial constitutional role in the resignation of one prime minister and the assumption of office of another.

“The overriding impression here at Westminster is the same it will be around the country – one of deep concern from our political leaders and politicians more broadly.”