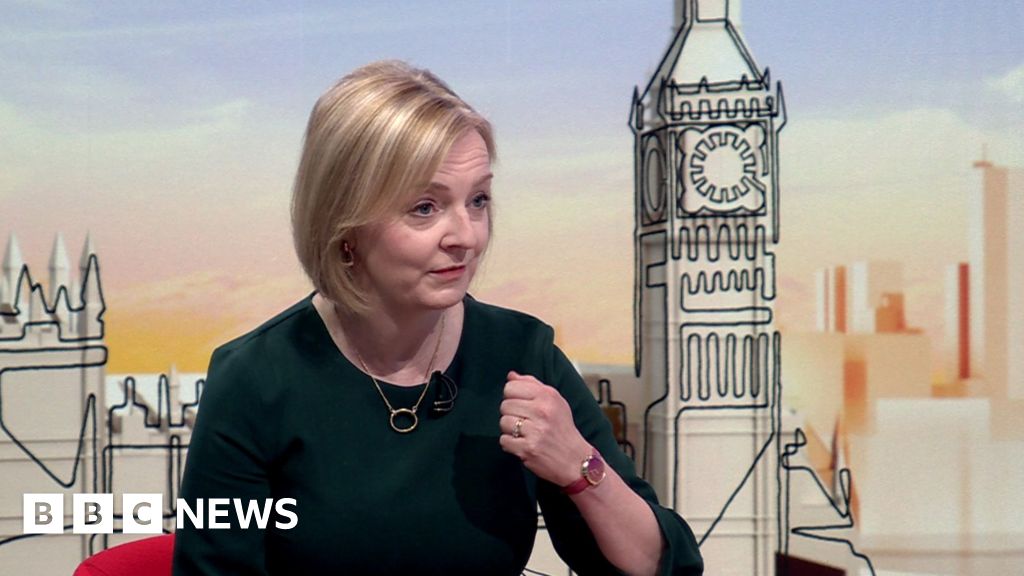 Liz Truss has promised to announce a plan to deal with soaring energy costs within a week if she becomes prime minister on Tuesday.

The Tory leadership hopeful, the favourite according to pollsters, told the BBC’s Laura Kuenssberg she would “act immediately” to help with bills.

But she offered no details, saying she would need time in office first in order to finalise exact proposals.

Her rival Rishi Sunak said he would target further payments at the poorest.

One of the two contenders will be announced as the next Tory leader on Monday, and will replace Boris Johnson in Downing Street the next day.

They have come under pressure to spell out how they would protect households with rising bills, as well as give help to businesses, which are not covered by the domestic price cap.

Speaking on BBC One’s Sunday with Laura Kuenssberg, Foreign Secretary Ms Truss said action on energy bills would be “vital” for people and the economy.

She added that further support would need to go “hand in hand” with a plan to boost domestic energy supplies, arguing the UK had become too dependent on international energy prices.

She also defended her plan to reverse April’s National Insurance rise, saying it was “inevitable” those on higher incomes would benefit more, but the move would benefit the economy overall.

He has argued his suggested cut to VAT on energy bills would also provide some help for all.

He also said he couldn’t rule out the prospect of blackouts over the winter to ration supplies, as the situation was “serious” and “every tool in the toolbox” would be needed.

“Of course we don’t want to be in that situation, but I think it’s responsible not to rule it out,” he added.

The cut to National Insurance is one measure in around £30bn of tax cuts Ms Truss has promised to deliver in an emergency Budget later this month if she wins.

Pressed on whether richer people would benefit more from the cut, she said: “The people at the top of the income distribution pay more tax – so inevitably, when you cut taxes you tend to benefit people who are more likely to pay tax.”

“The economic debate for the past 20 years has been dominated by discussions about distribution. And what’s happened is we’ve had relatively low growth”.

Beyond his proposed cut to VAT on energy bills, Mr Sunak has taken a different approach, arguing permanent tax cuts should wait until inflation goes down.

Mr Johnson’s successor will be announced at 12:30 BST on Monday, before taking office on Tuesday after being formally appointed by the Queen.

In a break with tradition, the winner will travel to Balmoral Castle in Scotland for the ceremony, rather than at Buckingham Palace.

The Queen has been suffering from mobility issues and it is understood the change was made to prevent the need for any last-minute rearrangements.