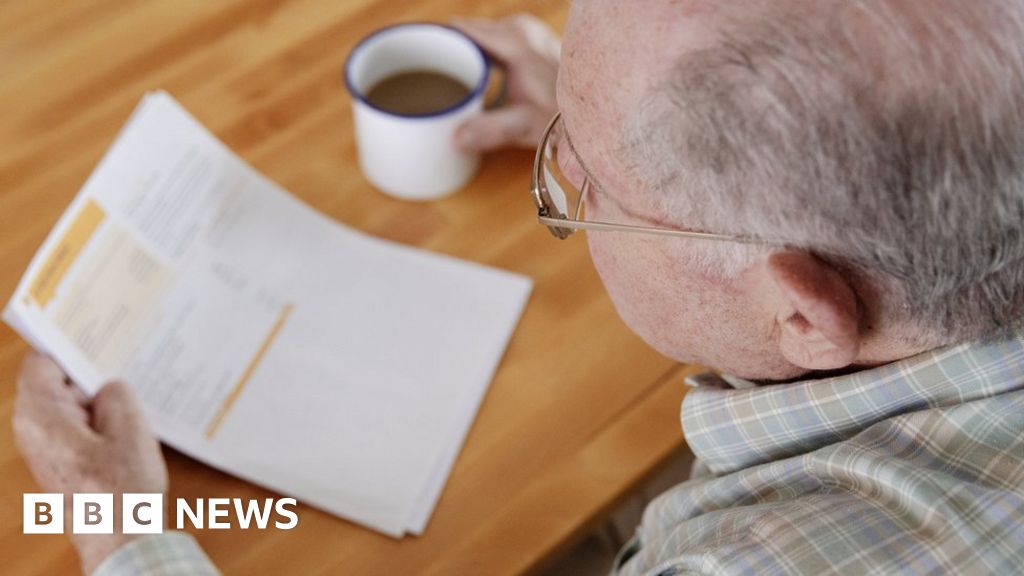 The boss of the UK’s third largest energy supplier has proposed a plan for the government to subsidise soaring bills for the poorest households.

Stephen Fitzpatrick, founder of Ovo Energy, wants the help to taper off for high earners who use more electricity.

He said a plan was needed now before the winter, otherwise the poorest households would be cold and hungry.

The government said it was preparing to deliver any extra support as soon as a new prime minister is in place.

A typical household gas and electricity bill will rise by 80% to £3,549 a year from October, Ofgem announced on Friday.

The UK is already grappling with 10.1% inflation – the fastest price rises in 40 years – driven by soaring food, energy, petrol and diesel costs

The chief executive of Ovo, which has 4.5 million customers, has published a 10-point plan to address the crisis.

The centrepiece is a plan to limit the rise in bills through a government-backed fund which energy companies could borrow from to subsidise bills.

A similar proposal by Scottish Power to freeze energy bills for all at their current level was dismissed by the Treasury for giving the same relief to richer and poorer households.

Under Mr Fitzpatrick’s plan, everyone would get some assistance, but higher earners would see the amount of help taper off as they used more energy.

This is a similar way to how the tax system works with a tax-free allowance and increased levels of taxation for those on higher incomes.

He is also urging the government to bring forward existing support measures.

Currently all households will see £400 knocked off bills over a six-month period starting from October, with households on qualifying benefits getting up to an additional £650.

Mr Fitzpatrick argues those payments should be made in full before Christmas.

He said the higher charges faced by pre-payment customers amounted to a poverty penalty and should be abolished.

Mr Fitzpatrick also advocates abolishing the standing charge – which customers pay regardless of their energy use.

Tory leadership candidate Liz Truss – who pollsters have tipped to win the contest – hinted on Wednesday she would look at providing further support to businesses and households. She also ruled out energy rationing – unlike rival Rishi Sunak, who said it should not be taken off the table.

It comes as a report by think tank the Resolution Foundation suggested typical households are on course to see their real incomes fall by £3,000 over the next two years.

It also forecasted absolute poverty to rise by three million over the next two years, from 11 million in 2021-22 to 14 million in 2023-24. Absolute poverty is when household income is below a certain level that is necessary to meet basic living standards including food, housing and healthcare.

Lalitha Try, researcher at the Resolution Foundation, said: “With high inflation likely to stay with us for much of next year, the outlook for living standards is frankly terrifying.

“No responsible government could accept such an outlook, so radical policy action is required to address it. We are going to need an energy support package worth tens of billions of pounds, coupled with increasing benefits next year by October’s inflation rate.”

Meanwhile, growing up in cold homes will have “dangerous consequences” for many children now and into adulthood, a review by the UCL Institute of Health Equity (IHE) suggested.

IHE director Professor Michael Marmot warned thousands of extra deaths could occur and the health and development of up to 10 million children could be affected directly or indirectly.

Last winter in England there were an estimated 63,000 excess deaths, including deaths from coronavirus, with around 6,000 estimated to be as a result of fuel poverty. The IHE said it fears numbers this winter will be “much higher”.

And the National Housing Federation is urging ministers to help around 400,000 households in England whose heating costs are not covered by the energy price cap. It says many of those who are losing out are elderly or disabled and live in sheltered housing complexes.

Mr Fitzpatrick said helping low income families with energy bills “has to be the first order of business” for the new Conservative leader.

He said: “If we don’t use every available moment over the next 12 weeks to solve this, we are going to see a winter like never before with people going hungry and going cold and the NHS being overwhelmed by the health impacts of the energy crisis.”

A spokesperson for the Department for Health said: “As the public would rightly expect, we are working closely with the NHS to ensure we are ready for extra pressures this winter, including providing an extra £79 million last year to significantly expand our mental health services, enabling more children and young people to get help.”

Mr Fitzpatrick said there was “almost nothing that we can do right now that’s going to be in time for 1 October when prices go up.”

There were lots of short, medium and long-term changes to the energy system that would make it work better for customers, he said.

“It is incredibly important that we have a plan that will get us through the winter no matter what. We can’t wait for the cold weather to come to try to figure out what we’re going to do about it.”

Mr Fitzpatrick also wants to create a “national obsession” with energy efficiency including a medium term plan to insulate the UK’s energy-leaky homes.

Longer term, he suggests the UK should establish a single strategic buyer for all the UK’s energy needs.

He argued this would mean the UK could secure its energy on a multi-year basis rather than individual companies buying their energy three to six months in advance.

“Over the past 10 years, the free market approach has worked to deliver affordable energy for the UK but we should accept that the next 10 years are going to look very different,” he said.

“We are entering into an era of global competition to secure energy supplies and we need to think strategically, long term and at a national level.”

A spokesperson for the Department for Business said: “Officials are making the appropriate preparations in order to ensure that any additional support or commitments on cost of living can be delivered as quickly as possible when the new prime minister is in place.”