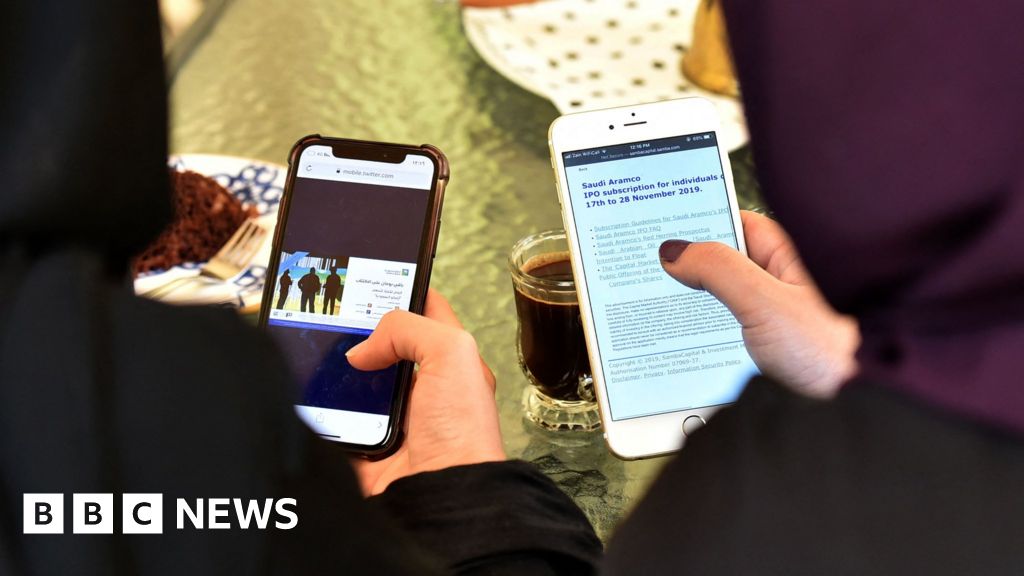 A Saudi woman has been sentenced to 45 years in prison for her social media posts, in the second case of its kind this month, activists say.

Little is known about her other than that she criticised Saudi leaders.

Another woman was jailed for 34 years over her Twitter activity on 9 August.

Abdullah Alaoudh, director of research for the Gulf region at Dawn, told the BBC’s Newshour programme that the US-based group had learnt of Qahtani’s case only after being passed court documents by a judicial source, and that it was continuing to investigate.

“Nothing in her court documents pertains to any violence or criminal activity,” he said.

“The charges against her are really broad. They are using the counter-terrorism law and the anti-cybercrime law… that can criminalise any posting that is even remotely critical of the government,” he added.

Several other female activists have reportedly been detained in relation to social media posts since last year. Mr Alaoudh said he feared that they could also be handed lengthy prison sentences.

“The Saudi government is sending a strong signal to the West that it does not care about human rights.”

Mr Alaoudh warned that it was “impossible not to connect the dots” between US President Joe Biden’s controversial meeting with Crown Prince Mohammed in Jeddah last month and “the uptick in the repressive attacks”.

Mr Biden had previously vowed to make Saudi Arabia a “pariah” over its human rights record.

ALQST, a UK-based rights group, also expressed grave concern about Qahtani’s sentence, which it said was “based on [her] tweets”.

“As feared, we are witnessing an alarming deterioration of the human rights situation in Saudi Arabia,” it added.

The Saudi Prisoners of Conscience account also tweeted that it had confirmation of the sentence, but there was no immediate comment from Saudi authorities.

Earlier in August, Salma al-Shehab, a Saudi PhD student at Leeds University, was jailed for 34 years.

She was arrested while on holiday in Saudi Araba in January 2021, and was found guilty of “providing succour to those seeking to disrupt public order” and “publishing false and tendentious rumours”.

Before leaving England, the 34-year-old mother of two had called for reforms and the release of prominent activists and intellectuals imprisoned under a crackdown on dissent overseen by Crown Prince Mohammed bin Salman.

Shehab’s prison term was believed to be the longest ever handed to a peaceful activist in the country until Qahtani’s was reported.