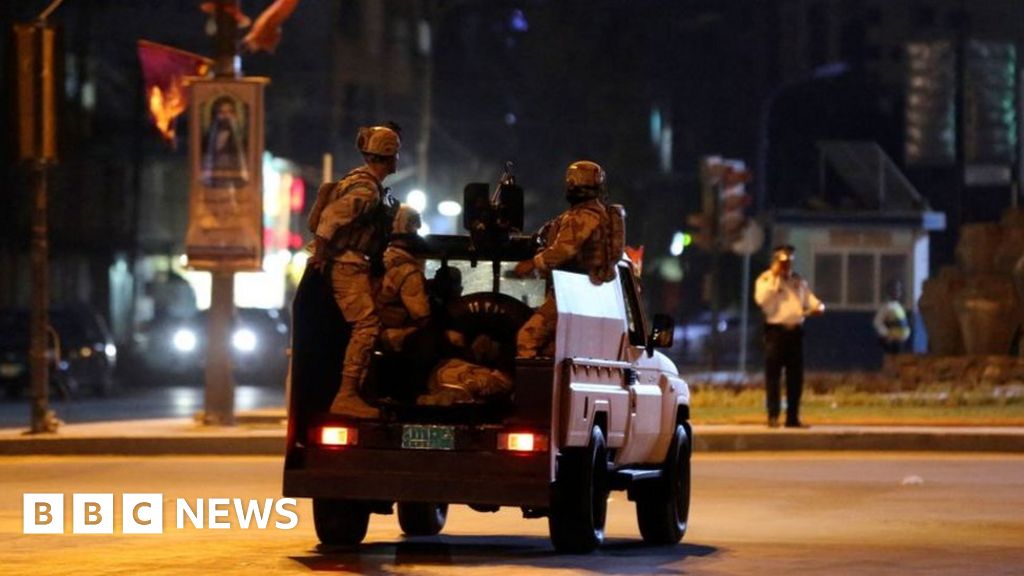 At least 15 people have been killed in clashes between Iraqi security forces and supporters of a powerful Shia cleric in the capital, Baghdad.

The violence began after Mr Sadr announced his retirement from politics.

His bloc won most seats seats in parliament last October, but he has refused to negotiate with Iran-backed Shia groups to form a government.

There has been a year of political instability as a result.

Street fighting erupted overnight, as fighters exchanged gunfire and tracer rounds illuminated the night sky in some of the worst violence to hit the Iraqi capital in recent years.

Much of the fighting has been concentrated around the city’s Green Zone, an area that houses government buildings and foreign embassies. Dutch embassy staff were forced to move to the German mission due to the clashes.

Security officials said some of the violence was between the Peace Brigades, a militia loyal to Mr Sadr, and members of the Iraqi military. Videos shared on social media appeared to show some fighters using heavy weaponry, including rocket-propelled grenades (RPGs).

Iran has closed its borders with Iraq amidst the fighting, and Kuwait has urged its citizens to leave the country immediately.

Medics said 15 supporters of Mr Sadr had been shot dead and about 350 other protesters injured, according to AFP news agency.

A spokesperson for UN Secretary General Antonio Guterres said he was alarmed by events and called for “immediate steps to de-escalate the situation”.

And Mustafa al-Kadhimi, Iraq’s caretaker prime minister – and Sadr ally – has declared a nationwide curfew after unrest in several other cities.

He has suspended cabinet meetings and has pleaded with the influential cleric to intervene and stop the violence.

For now, Mr Sadr has announced a hunger strike until the violence and use of weapons by all sides stopped.

In his statement on Monday, Mr Sadr said: “I had decided not to interfere in political affairs, but I now announce my final retirement and the closure of all [Sadrist] institutions.” Some religious sites linked to his movement will remain open.

Mr Sadr, 48, has been a dominant figure in Iraqi public and political life for the past two decades. His Mehdi Army emerged as one of the most powerful militias which fought US and allied Iraqi government forces in the aftermath of the invasion which toppled former ruler Saddam Hussein.

He later rebranded it as the Peace Brigades, and it remains one of the biggest militias which now form part of the Iraqi armed forces.

He is one of a few figures who could quickly mobilise hundreds of thousands of supporters on to the streets, and draw them down again. Hundreds have been camped outside parliament since storming it twice in July and August in protest at the deadlock.

Once an Iranian ally, Mr Sadr has distanced himself from Iraq’s Shia neighbour and repositioned himself as a nationalist wanting to end US and Iranian influence over Iraq’s internal affairs.