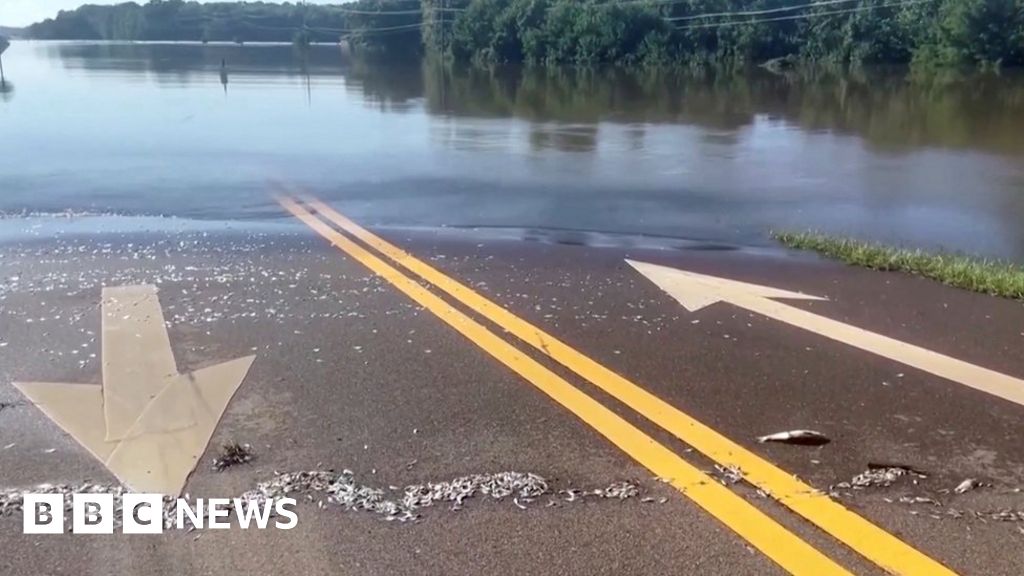 Some 180,000 residents in Jackson, Mississippi have “indefinitely” lost access to reliable running water after excessive rainfall and flooding.

Rising floodwaters over the weekend breached the city’s main water treatment facility, bringing it to the brink of collapse.

A state of emergency has been declared, and schools, restaurants and businesses have temporarily closed.

Raw reservoir water is coming through the pipes, residents were told.

Both the city and state are distributing bottled drinking water to residents as well as non-potable water via tanker truck.

Jackson residents are also experiencing low water pressure and have been under a boil-water notice for the past month.

“Do not drink the water,” Governor Tate Reeves warned at a Monday news conference. “In too many cases, it is raw water from the reservoir being pushed through the pipes.”

Problems at the OB Curtis Water Plant began after heavy rains caused the Pearl River to crest and spill over onto city streets over the weekend.

City hall confirmed on Monday that river water had entered the facility, which treats more than 50 million US gallons (190 million litres) per day.

“Adjustments to the water-treatment process are being made and have led to a temporary decrease in water production for some areas,” it said in a statement. “This will remain an issue for the next couple days as we work to refill the tanks.”

Jackson Mayor Chokwe Antar Lumumba said the “very fragile” city-run facility would not turn off its water supply but officials needed time to change how they treat the contaminated water.

Governor Reeves, who described the plant as long understaffed and poorly operated, said its main motors had gone out and backup pumps too have failed.

“Until it is fixed, it means we do not have reliable running water at scale,” he said.

“It means the city cannot produce enough water to fight fires, to reliably flush toilets, and to meet other critical needs.”

Officials have boosted production at a second treatment facility from 20 to 30 million US gallons per day, but water pressure has dropped system-wide.

All public schools in Jackson shifted to virtual learning on Tuesday amid the crisis, while businesses and restaurants reported needing to purchase ice and water jugs.

The southern state’s capital is more than 80% African American.

The heavy rains this August have forced evacuations, inundated homes and washed away roads.

“Quite honestly this has become commonplace. We’re experiencing more rain in our rainy season, hotter summers and colder winters, and it has taken a toll on our infrastructure,” Mr Lumumba said.