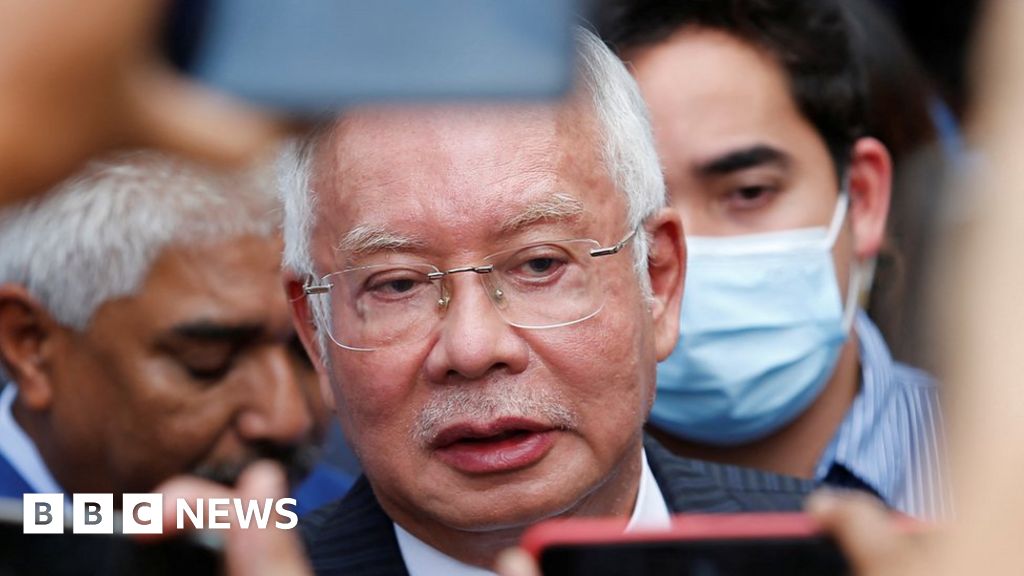 Malaysia former Prime Minister Najib Razak has been sent to jail to begin serving a 12-year sentence, after the top court rejected his appeal.

He was convicted in July 2020, but had been out on bail during the appeal.

The court also denied Najib’s request to delay his sentence. He has continued to deny any wrongdoing.

In 2020, a court had found him guilty on seven counts – centred on a total of 42m ringgit ($9.4m; £8m) which was transferred from SRC International – a former unit of 1MDB – into his private accounts.

The defence team had argued Najib was led to believe the funds in his accounts were donated by the Saudi royal family rather than misappropriated from the state fund.

They also claimed he was misled by financial advisers, particularly fugitive financier Jho Low – who has been charged in both the US and Malaysia but also maintains his innocence.

In his final push for freedom on Tuesday, Najib’s lawyer requested the removal of Chief Justice Tengku Maimun Tuan Mat from the panel presiding over the case – in what was seen as a bid to forestall a final verdict.

They claimed she could be biased as her husband had made a Facebook post in 2018 which was critical of Najib.

However, the chief justice declined the request as she said the post was before the charges were brought against Najib.

In her verdict, the chief justice said the five-judge panel unanimously found that the conviction of Najib on all seven counts was safe and the appeal “devoid of any merits”.

“The defence is so inherently inconsistent and incredible that it has not raised reasonable doubt on the case,” she said.

The charges addressed on Tuesday make up only the the first of five trials relating to 1MDB.

Najib’s wife, Rosmah Mansor, also faces money laundering and tax evasion charges – to which she has pleaded not guilty.

She separately faces corruption charges related to a solar hybrid project, and the High Court is set to deliver her verdict for this case on 1 September.