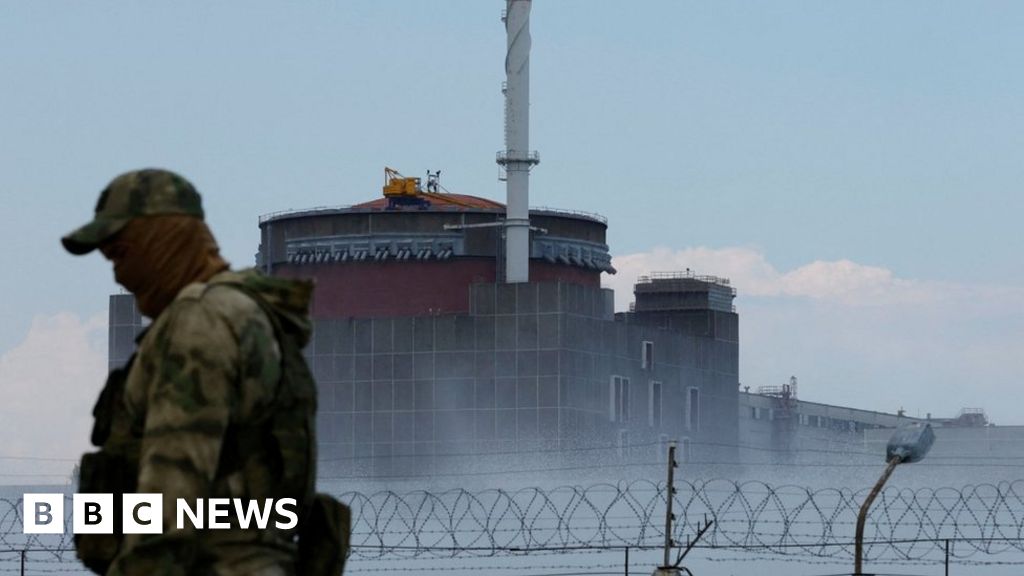 The operator of the Zaporizhzhia nuclear power plant in Ukraine says parts of the facility were “seriously damaged” by Russian military strikes, forcing the closure of one reactor.

There was still a risk of radioactive leaks, Enerhoatom warned.

Moscow said Ukraine carried out the attack, but the EU has condemned Russia’s actions at the plant.

Russia seized the Zaporizhzhia plant – the biggest in Europe – in March but kept its Ukrainian employees.

Friday’s strikes “caused a serious risk for the safe operation of the plant”, Enerhoatom wrote on Telegram, adding that a power cable had been damaged, forcing one of the reactors to stop working.

The BBC was unable to verify the reported damage at the nuclear plant.

However, the EU has hit out at Moscow over the latest shelling with the bloc’s top diplomat, Josep Borrell, saying it “condemns Russia’s military activities” around the plant.

“This is a serious and irresponsible breach of nuclear safety rules and another example of Russia’s disregard for international norms,” he said, and called for the UN’s nuclear watchdog – the IAEA – to be granted access to the plant.

The head of the IAEA this week said the plant was “completely out of control”.

Civilians in nearby Nikopol, which lies across the river and is still under Ukrainian control, told the BBC that the Russians were firing rockets from the area around the plant and moving military hardware into the compound.

Ukraine President Volodymyr Zelensky said on Friday that “any bombing of this site is a shameless crime, an act of terror”.

The plant is in the city of Enerhodar, in the south-east of Ukraine along the left bank of the River Dnieper (Dnipro in Ukrainian).

The UK defence ministry says Russia is using the area to launch attacks – taking advantage of the “protected status” of the nuclear power plant to reduce the risk of overnight attacks from Ukrainian forces.