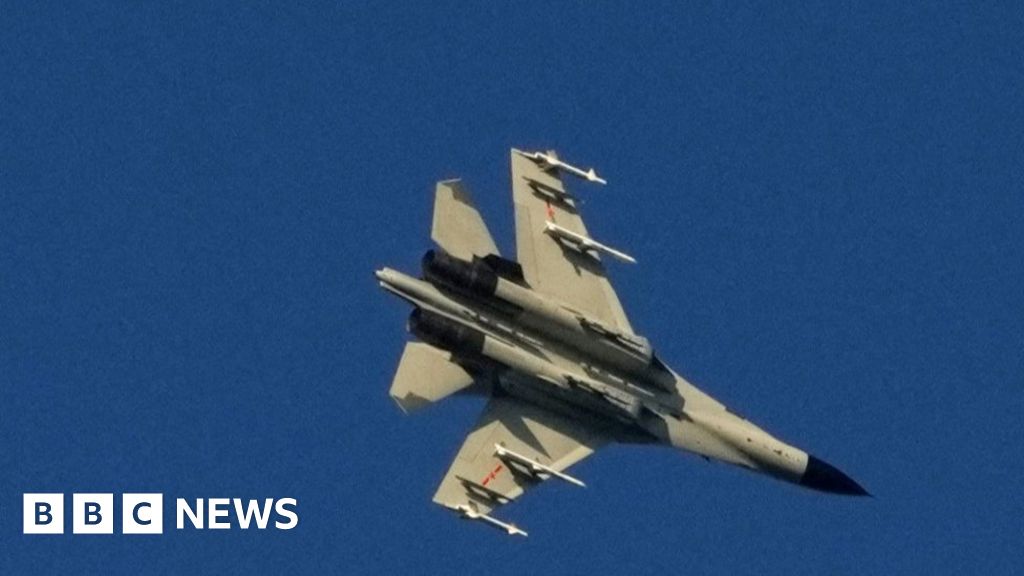 The United States has accused Beijing of “provocative” and “irresponsible” actions after Taiwan said China rehearsed an attack on the island.

The White House said Beijing was attempting to “change the status quo” over Taiwan.

The heightened tensions follow a trip to Taiwan by a US delegation led by senior Democrat Nancy Pelosi.

China views the visit as a challenge to its claims of sovereignty over Taiwan, which sees itself as distinct.

Taiwan’s defence ministry said Chinese ships and planes carried out missions in the Taiwan Strait on Saturday, with some crossing the median line – an unofficial buffer separating the two sides. Taiwanese fighter jets were scrambled to warn them away.

The Taiwan military said the exercises were a simulated attack on the island.

Beijing hasn’t commented on the latest exercises, but is expected to continue military drills in the air and seas around Taiwan until Sunday.

“These activities are a significant escalation in China’s efforts to change the status quo. They are provocative, irresponsible and raise the risk of miscalculation,” a White House spokesperson said.

“They are also at odds with our long-standing goal of maintaining peace and stability across the Taiwan Strait, which is what the world expects.”

China sees Taiwan as a breakaway province that will eventually be under Beijing’s control. However, Taiwan is a self-ruled island that sees itself as distinct from the mainland.

But any hint of recognition of this by world leaders enrages China. It announced on Friday that sanctions have been placed on Ms Pelosi and her family over the visit.

Beijing also announced it was halting co-operation with the US in several key areas including climate change, military talks and efforts to combat international crime.

Ms Pelosi – a long-time China critic and the highest-ranking US politician to travel to the island in 25 years – arrived in Taiwan on Tuesday, despite Beijing’s warnings.

During her visit, Ms Pelosi said that “the world faces a choice between autocracy and democracy”.