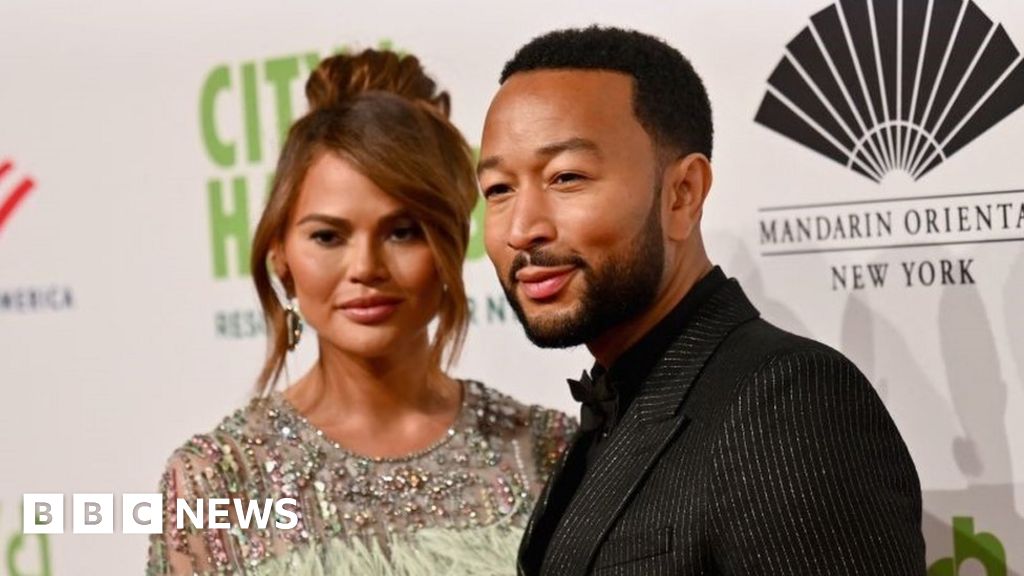 John Legend has spoken out on abortion rights – saying government should not be involved in this “personal” matter.

In particular, the award-winning musician said it was “offensive” and “nasty” for people going through a miscarriage like his own to run the risk of investigation over abortion.

Two years ago his wife, model Chrissy Teigen, lost their baby at 20 weeks.

His comments come as millions of women in the US face losing their constitutional right to abortion.

On Friday, Indiana’s Senate took a vote paving the way for it to become the first US state to tighten abortion laws since Roe v Wade – the ruling which underpinned the constitutional right to abortion – was overturned in June.

The bill – which needs to be signed into law by the state’s governor – would mean a near-total ban on abortions, with exemptions for cases of rape and incest, albeit limited to 10 weeks, to prevent serious physical risk to the mother or fatal foetal abnormalities.

The Biden administration has labelled the decision in Indiana “devastating”. In a statement on Saturday, White House Press Secretary Karine Jean-Pierre said: “It’s another radical step by Republican legislators to take away women’s reproductive rights and freedom, and put personal health care decisions in the hands of politicians rather than women and their doctors.”

Other states are also expected to tighten their own restrictions on abortion, while others have enacted pre-existing restrictions already, leading to fears of what it may mean for women who have suffered a miscarriage and may need medical intervention.

Already, stories have emerged from states with strict abortion controls, with one doctor telling the BBC she had already seen emergency departments turning women away.

Speaking to CNN’s The Axe Files podcast, hosted by David Axelrod, Legend said decisions around pregnancy should be made by a mother and her doctor, along with family members if she wishes.

Legend – whose son, who they had named Jack, died when Teigen was 20 weeks pregnant – added that he was horrified at the thought of law enforcement being involved”after all of that trauma, after all of that pain, after all those tears we went through”.

Abortion has been a divisive issue in the US for many years, with many Republicans pushing for strict limits – or even total bans.

However, a June poll from NPR/PBS NewsHour/Marist found that 56% of Americans were opposed to the Supreme Court decision to overturn Roe v Wade, while 40% supported it.

In early August, the conservative state of Kansas voted to uphold the constitutional right to abortion.