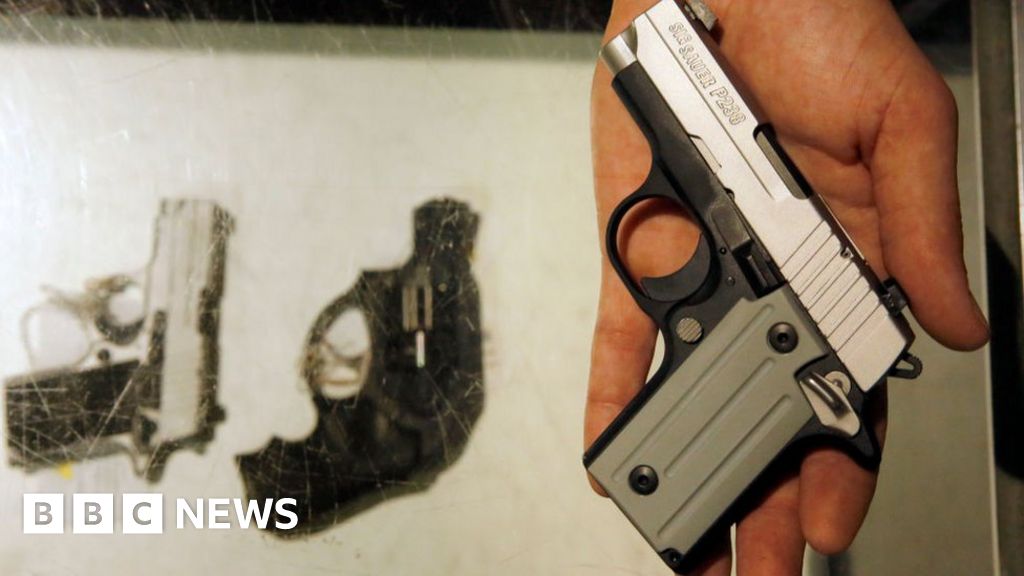 The US Supreme Court has struck down a New York law restricting gun carrying rights.

The law required residents who want a licence to prove “proper cause” to carry concealed weapons and that they faced “a special or unique” danger.

The 6-3 decision stated the requirement violates the Constitutional right to bear arms.

The ruling jeopardises similar restrictions in other states and expands gun rights.

Justice Clarence Thomas, writing for the six-justice conservative majority on the court, held that Americans have a right to carry “commonly used” firearms in public for personal defence.

The Second Amendment right to bear arms is not a “second class” constitutional right subject to greater restrictions “than other Bill of Rights guarantees,” he wrote.

The Supreme Court’s decision comes amid renewed intensity in the debate over gun rights as high profile shootings – including at a primary school in Uvalde, Texas and a grocery store in Buffalo, New York last month – have energised gun rights supporters and gun control activists alike.

Ahead of the Supreme Court ruling, the US Senate had announced steps towards new legislation tightening access to firearms.

However, Thursday’s decision from the top US court continued a steady pattern of rulings that have expanded gun rights, holding that the right to carry firearms both at home and in public is enshrined in the Second Amendment to the US Constitution.

The decision further cements the court’s record on gun rights, not only striking down New York state’s law but also endangering similar regulations in states like California, Massachusetts, New Jersey and Maryland.

Even in the shadow of mass shootings in Uvalde and Buffalo, the six-justice majority on the Supreme Court stood by a broad interpretation of the Second Amendment first outlined by a narrower court majority in 2008.

As these court precedents pile up, it will be increasingly difficult for future Supreme Court justices to change course and interpret the Constitution as permitting broader gun restrictions.

In his dissent, Justice Breyer noted that gun violence has taken a significant number of lives in the US this year.

“Since the start of this year alone (2022), there have already been 277 reported mass shootings – an average of more than one per day,” he said.

It is “outrageous that at a moment of national reckoning on gun violence, the Supreme court has recklessly struck down a New York law that limits those who can carry concealed weapons,” she said.

In the wake of the decision, Eric Adams, the New York City mayor, said he would review other ways to restrict gun access, such as by tightening the application process for buying firearms and looking at bans at certain locations.

US President Joe Biden said he was “deeply disappointed” by a ruling that “contradicts both common sense and the Constitution, and should trouble us all”.

The National Rifle Association (NRA), on the other hand, celebrated the ruling.

The gun lobby helped back plaintiffs in the case, Robert Nash and Brandon Koch – two New Yorkers who had applied for a concealed carry permit but were denied them, despite having licences for recreational gun ownership.

More than 390 million guns are owned by civilians in the US. In 2020 alone, more than 45,000 Americans died from firearms-related injuries including homicides and suicides.