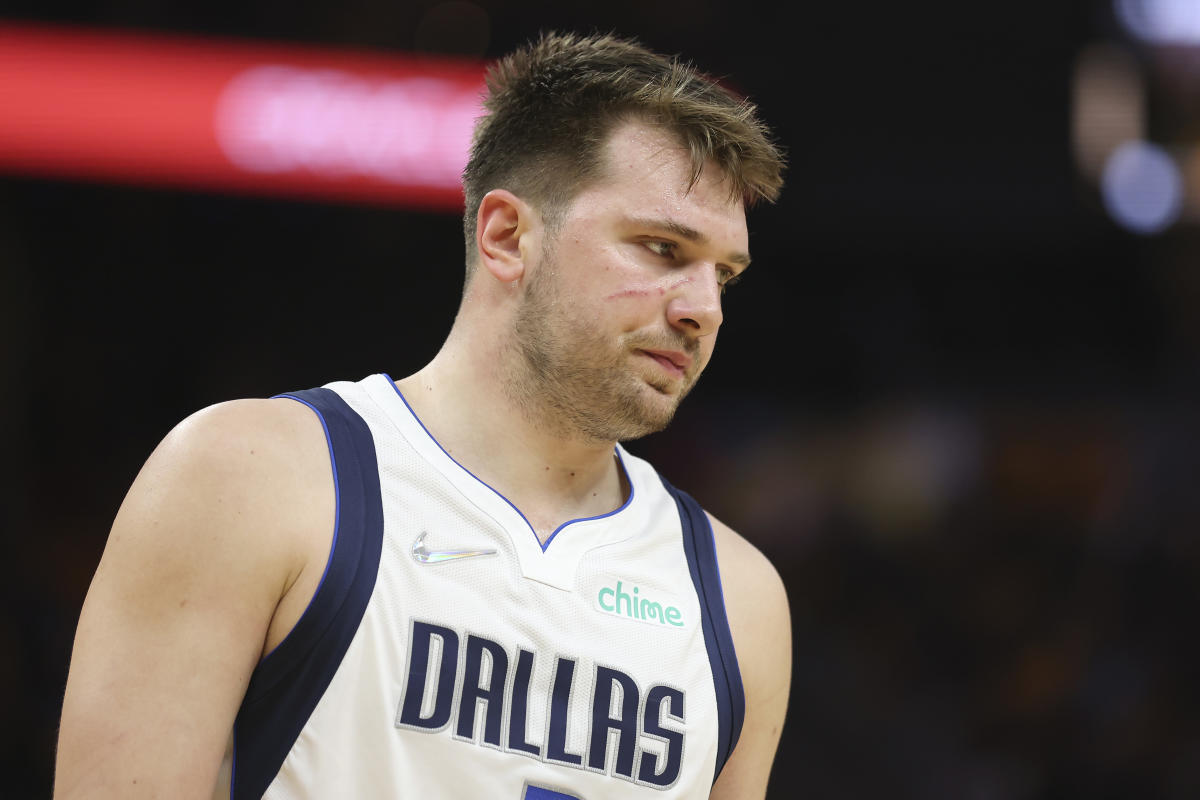 For a half Friday, the Dallas Mavericks looked poised to tie the Golden State Warriors at 1-1 in the Western Conference finals. Luka Doncic was the best player on the court with 24-first half points as Dallas took a 14-point edge into halftime.

Then the wheels fell off. The Warriors rallied, and the Mavericks face another 2-0 series deficit with a chance to turn the series around at home. Can they stay afloat with a Game 3 win?

1: Can Mavericks find offense inside the 3-point arc?

The Mavericks did their best to turn Game 2 into a 3-point shooting contest. For two quarters against a Golden State zone it worked. After tallying 87 points for the entirety of Game 1, Dallas carried a 72-58 lead into halftime in Game 2 on Friday thanks in large part of a scorching effort from beyond the arc. The Mavericks connected on 15 of 27 (55.5%) first-half 3-point attempts to take control of the game.

But 55.5% is not a sustainable pace. Regression hit hard after halftime as the Mavericks went frigid in a 13-point third quarter that saw the Warriors cut their deficit to 85-83 before taking the lead for good early in the fourth. While the Mavericks’ 3-point rate fell back to earth in a 33% effort (6 of 18) after halftime, a Warriors team starting two of the best 3-point shooters of all time in Stephen Curry and Klay Thompson worked the ball inside.

As the Mavericks hoisted 45 of their 78 field-goal attempts (57.7%) from beyond the arc, the Warriors attempted just 34.1% (28 of 82) of theirs from 3-point distance. The deep looks they got went in at a 50% (14 of 28) rate. Meanwhile, they ground the double-digit Mavericks lead down by working for quality shots inside in a 56.1% (46 of 82) shooting performance against the league’s seventh-rated regular-season defense.

“When you go 2 for 13 and you rely on the 3, you can die by the 3,” Kidd said on Friday of the Mavericks’ third-quarter effort. “And we died in the third quarter by shooting that many 3s and coming up with only two.”

Meanwhile, the Mavericks struggled for answers against the Warriors’ zone when they attempted to work the ball inside.

Warriors go zone and what was interesting is they were able to try and break Dallas’ rhythm *and* keep some of their man concepts. Zone gives them built in help. Luka gets the Poole matchup, he just funnels to help. pic.twitter.com/XmM5cfjVVe

It’s up to Kidd and Doncic to find adjustments for Game 3.

2: How will Mavericks respond at home?

The Mavericks lost their first game at home this postseason to the Utah Jazz. They’ haven’t lost in Dallas since. They won Games 2 and 5 at home against the Jazz before closing out Utah on the road in Game 6. They swept Games 3, 4 and 6 against the Suns before closing out Phoenix on the road in Game 7. Their average margin of victory in those five home wins is 15.4 points. Expect a different Dallas team on Sunday.

Dallas fans will tell you they’ve been here before. The Mavericks looked outmatched after two games against the Suns while falling into a 2-0 hole in the conference semifinals. Five games later, they pulled off a stunning upset with a historic Game 7 rout of the NBA’s best regular-season team to advance to the West finals.

That rally was a statistical anomaly. Per Land of Basketball, just 32 of the 441 teams that have fallen behind 2-0 in an NBA playoff series have rallied to advance. That number includes the Mavericks’ win against the Suns. It adds up to a 92.7% win rate for the 2-0 teams.

History likewise doesn’t bode well for Dallas when considering just the conference finals, where teams that take a 2-0 lead have a 71-6 (92.2%) record, per TNT. If Dallas pulls this off in two straight series, it will be a truly historic feat.