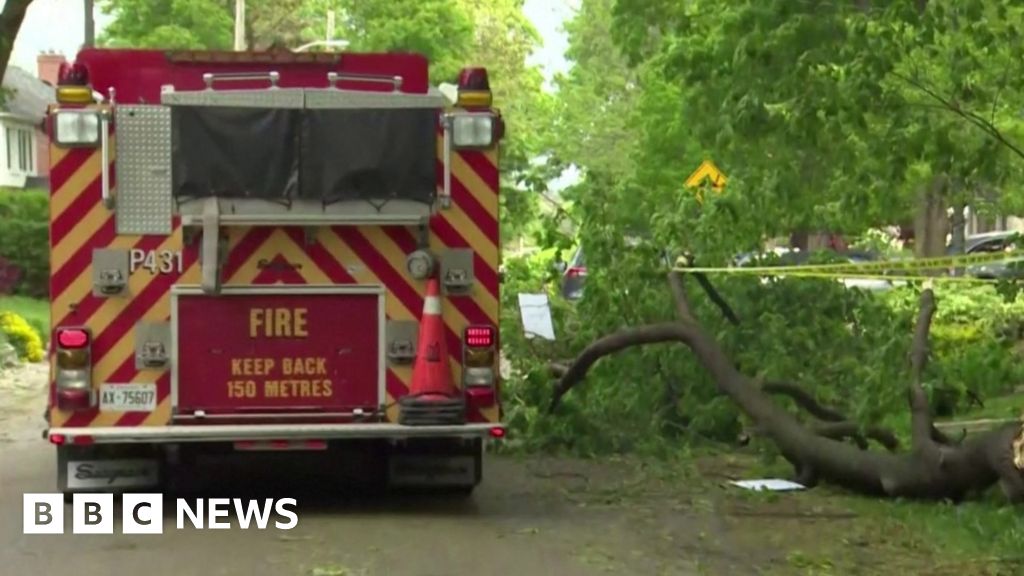 Nearly 900,000 homes in southern Canada were left without power on Saturday after a severe storm hit the provinces of Ontario and Quebec.

Four people were killed by falling trees and a woman died when a boat capsized in the Ottawa River.

Wind gusts reached 82 mph (132km/h) during the storm, according to Environment Canada.

Power company Hydro One, which covers Ontario, said it would take several days to reconnect every home.

Pictures on Canadian media show firefighters and utility workers trying to untangle downed powerlines and poles that are lying over cars on a road in Ottawa.

The town of Uxbridge, about an hour north of Toronto, has declared a state of emergency after the storm left “significant damage in its wake”, a statement said.

The four people who died from falling trees were in Ontario.

One person died and two others were injured by an uprooted tree at a campsite about 60 miles (100km) from Toronto, and a woman in her 70s was killed while out walking in the suburb of Brampton, in the Greater Toronto area.

In neighbouring province Quebec, police told local media that a 51-year-old woman drowned when a boat overturned in the Ottawa River, which runs through both provinces.