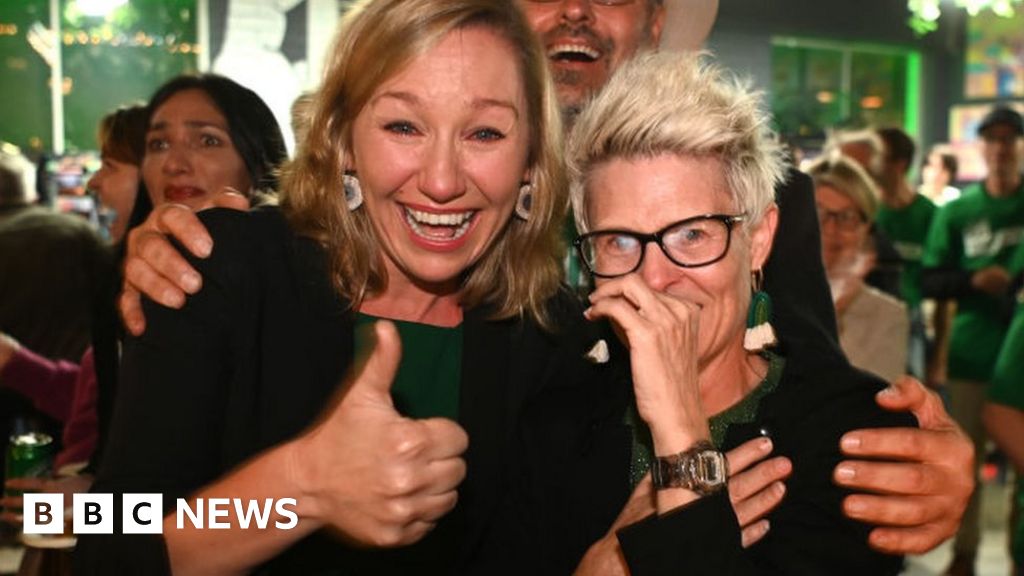 Victory belongs to Anthony Albanese, only the fourth Labor leader since world war two to oust a Liberal prime minister, but the 2022 Australian election was primarily a rejection of Scott Morrison and the brand of politics he has come to personify.

A politics that denied, and sometimes even mocked, the seriousness of the climate crisis – as Treasurer, Morrison laughingly brandished a lump of coal in parliament.

A politics that many female voters especially found bloke-ish and boorish.

A politics that many Australians came to associate with truth-twisting and lying – such as when Morrison claimed that Emmanuel Macron had “sledged” the Australian people over the cancellation of a multi-billion dollar submarine contract, when it was obvious that the French president had mounted a highly personalised attack on a man he labelled a liar.

At a time when conservative politics down under has displayed some small-t Trumpian traits, historians may conclude that Australian voters evicted from office the country’s first post-truth prime minister.

Rather than pulling off Miracle 2.0 – on the night of his unexpected victory in 2019, this Pentecostal Christian declared that he believed in miracles – the departing Liberal leader may well have led his party into the wilderness.

Tumbling down have come the walls of conservative citadels. Parliamentary seats where Liberals had for generations dominated now look like barren lands.

The shoreline of Sydney Harbour, which is home to the most expensive real estate on the continent, is a case in point. It has been overwhelmed by a “teal” wave, the colour adopted by the swathe of independents who have had such a transformative effect on the country’s political geography.

Remarkably, the Liberals no longer control any harbour-side seats that stretch from the Opera House to the ocean. These include Wentworth and Warringah, which were represented up until recently by two former Liberal prime ministers, Malcolm Turnbull and Tony Abbott.

It is akin to San Francisco, another great harbour city, losing all its Democrats.

Nor did the teal wave just wash over the Liberal ramparts of Sydney.

In Melbourne, the party looks to have lost the seat of Kooyong, which was once the fiefdom of Robert Menzies, Australia’s longest serving prime minister, and which had remained faithfully conservative since Australia became a federation in 1901.

The same electoral dynamics played out. A party that has become fixated in recent decades with attracting working class battlers in traditional Labor strongholds has lost touch with Tesla-driving professionals in blue-ribbon seats.

For the first in more than a decade, the electric car nudged out the coal train.

The rise of the teal independents has shattered the main party duopoly in the major cities – urban Australia accounts for 86% of the country’s population.

So, too, have the Australian Greens, one of the hitherto under-reported stories of this election.

With votes still to be counted, the Greens are confident of achieving what they are calling a “greenslide” in Queensland.

That is a startling statement, because, if true, it would shatter the conventional wisdom of Australian politics: that green politics is anathema to the country’s “Deep North” state.

Labor’s phobia of alienating voters in this mining and resources hub has had a paralysing effect on its approach to climate change.

Here, then, the Greens have been beneficiaries of Labor’s timidity regarding emissions targets.

If parts of Queensland become “Greensland” then the ground has truly shifted beneath our feet.

The success of the Greens and the rise of the independents explains why the two major parties, the Liberals and Labor, slumped to a record-low primary vote (which is where voters record their first preference).

There was always a none-of-the above feel to the head-to-head between the main party leaders. That has been borne out in the results.

Anthony Albanese, then, has achieved an ambiguous victory. There was no great groundswell of support for Labor. Indeed, its primary vote was actually 2% down from 2019, a meagre 32%. Although he is certain to emerge as prime minister, we still do not know whether he will stand at the head of a Labor majority government.

My sense during the campaign was that the Labor leader never fully addressed his prime ministerial plausibility problem. His gaffes did not help (although I think the public became more critical of the press pack’s endless gotcha questions rather than his inability to always answer them).

Nonetheless, a politician who was better known for most of his career as a backroom fixer is now front of house, and will occupy the prime ministerial residence, The Lodge. This he will see as vindication of his “small target” campaign and his mantra of “safe change.” It will also justify his political shapeshifting, from a left-wing firebrand to a risk-averse pragmatist.

Albanese is the son of a single mother who grew up in public housing in Sydney. His biography doubles as an Australian dream. But the 59-year-old has become better at sharing his backstory than outlining a compelling vision for Australia.

That said, his promise to make the country a renewable energy powerhouse, along with his pledge to adopt the Uluru Statement from the Heart, which is so important to First Nations people, has the potential to give his government a narrative that weaves together the unaddressed challenges of the future and the unfinished business of the past.

Where to now for the Liberals? The corollary of the rise of the independents has been the fall of the moderate conservatives they ousted.

In Wentworth, the Liberal MP Dave Sharma argued that the party would become more like the Republican Party in America if he and his moderate colleagues were ousted, and that warning may well be borne out.

With the departing Treasurer Josh Frydenberg likely to be defeated in Kooyong, the departing Defence Minister Peter Dutton instantly becomes the frontrunner for the leadership. This former policeman would take the party on a more rightward trajectory.

The federal election has made politics here greener, more feminine and, at a time of creeping Americanisation, more emphatically Australian.

Perhaps the overwhelming message from voters is that they want a different kind of politics. Certainly, 2022 will be remembered for its shock to the system result.