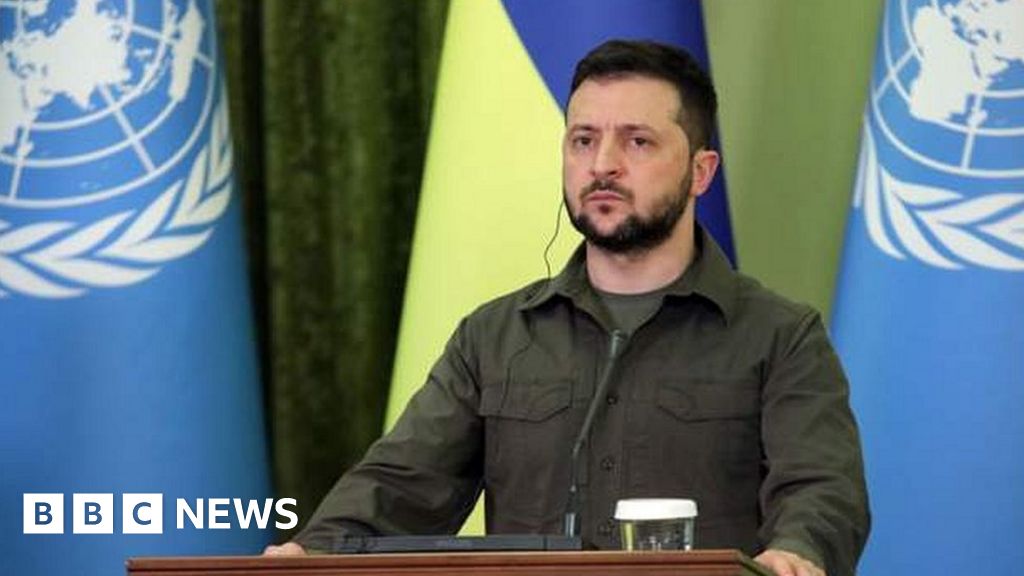 The war in Ukraine can only be resolved through “diplomacy”, President Volodymyr Zelensky has said.

Speaking on national TV, he suggested his country could be victorious against Russia on the battlefield.

However, he added that the war could only come to a conclusive halt “at the negotiating table”.

Meanwhile, heavy fighting is taking place in and around Severodonetsk, as Russian forces step up efforts to seize the whole of the Luhansk region.

The end of fighting in the southern port city of Mariupol has freed up Russian troops for redeployment elsewhere and allowed them to intensify their onslaught in the east.

Local governor Serhiy Haidai said the Russians were “destroying” Severodonetsk as they gradually surrounded it.

Writing on the messaging app Telegram, he said Ukrainian troops had repelled 11 attacks on the frontline – with eight tanks among the Russian vehicles destroyed. There was no independent confirmation of the claims.

BBC correspondent James Waterhouse said Russia had increased its artillery and air strikes as well as missile attacks – gaining ground mile by mile in Luhansk while the Ukrainians are forced to retreat.

In his TV address, Mr Zelensky said the conflict “will be bloody, there will be fighting, but it will only definitively end through diplomacy”.

But he indicated this would not be easy, as neither side wanted to give anything up.

With no end in sight to the fighting, the US is sending more military, economic and humanitarian aid.

On Saturday, President Joe Biden signed a bill to provide a package for Ukraine worth nearly $40bn (£32bn), the White House said.

The money represents the largest programme of American assistance since Russia launched its invasion in February.

The bill, which will funnel support to Ukraine for about the next five months, includes some $6bn budgeted for armoured vehicles and air defences.

President Zelensky tweeted his gratitude, saying military aid was “needed more than ever”.

It also emerged on Saturday that President Biden is one of over 900 US citizens who have been indefinitely banned from entering Russia.

In another development, Russia has switched off its gas supply to Finland after it refused Moscow’s demand to pay for fuel in Russian roubles.