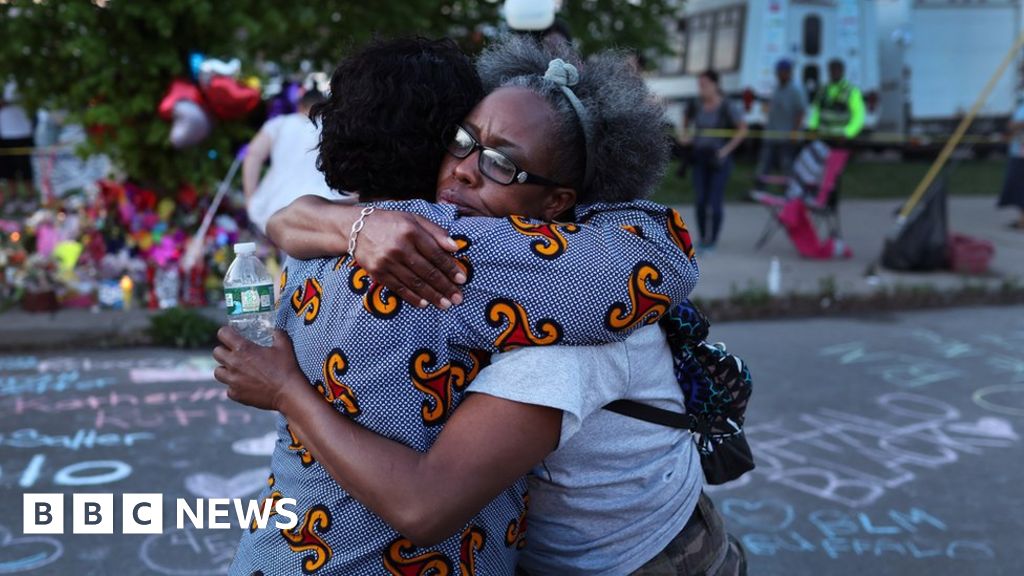 The names of the 10 people killed in a racially-motivated attack in a New York supermarket have been released by officials.

The victims – aged between 32 and 86 – were shot dead by suspect Payton Gendron, 18, in Buffalo on Saturday afternoon.

Among them was a former police officer, a woman who helped feed the poor and a man who drove shoppers to and from the supermarket.

Another three people were injured.

Eleven out of the 13 people killed or injured at Tops Friendly Market were black, with Buffalo’s police chief describing the attack as a “racist hate crime”. The neighbourhood where the attack was carried out is predominantly black.

Details of the victims were officially released on Monday by the local police. The names of the 10 who died were:

The youngest victim, store worker Zaire Goodman, 20, was released from hospital after being shot in the neck. Jennifer Warrington, 50, has also been treated and released, while Christopher Braden, 55, is in a stable condition.

Questions are now being asked about whether red flags were missed in the run-up to the attack. “I want to know what people knew and when they knew it,” New York Governor Kathy Hochul told ABC News.

Mr Gendron had already been flagged at least once to authorities, spending a day-and-a-half in hospital undergoing a mental health evaluation after making a “generalised threat” while at school in June last year.

Despite this, he was not on any FBI or state-wide watchlists, and no red flags reportedly came up on a background check when buying a gun.

A 180-page document seemingly authored by Mr Gendron has also emerged, in which he describes himself as a fascist and a white supremacist.

Buffalo Police Commissioner Joseph Gramaglia told reporters the evidence uncovered in the case so far “makes no mistake”. “This is an absolute racist hate crime that will be prosecuted as a hate crime” he said.

Mr Gendron was arrested after the attack and has pleaded not guilty to murder charges. He is next due in court on 19 May.

Saturday’s attack is thought to be the worst mass shooting so far in the US in 2022. Some 40,000 deaths a year involve firearms in America, a figure that includes suicides – and mass shooting events occur frequently.

Less than a day after the attack in New York state, police in southern California said one person had been killed and five injured in a shooting at a church in Orange County.

A man in his sixties was arrested after some of the churchgoers tackled him and tied him up by the ankles using an extension cord, a local sheriff said.