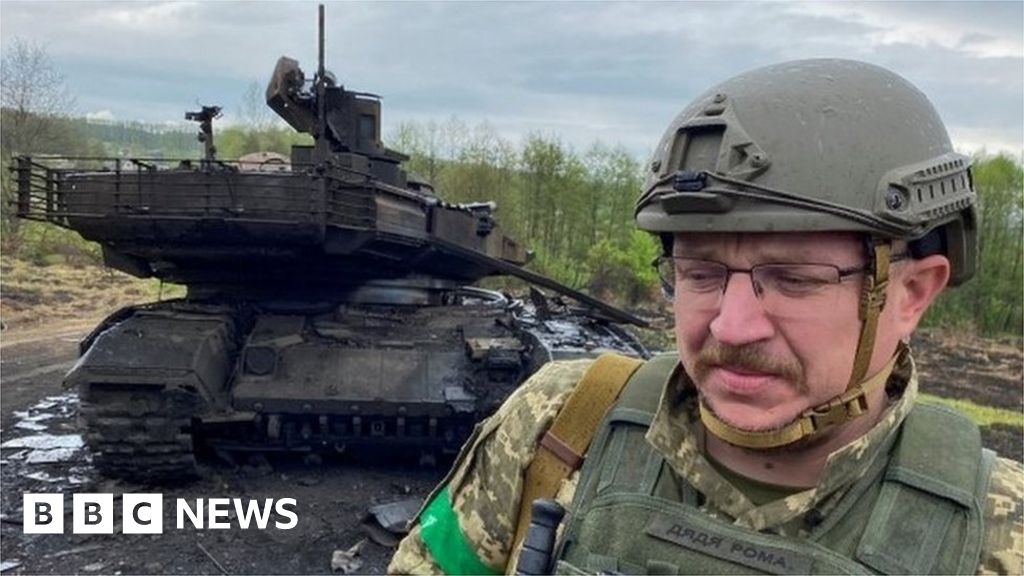 Nato’s secretary general says Russia’s war in Ukraine is not going to plan and that its attempt to capture the eastern Donbas region has “stalled”.

Britain’s Ministry of Defence (MoD) estimates Russia has lost about a third of its ground combat force since the war began in February.

The Russian invasion has been hampered by stiff Ukrainian resistance and logistical issues.

Its initial goal appeared to be to sweep across the country and topple the Ukrainian government. Instead, Russia has withdrawn from areas around the capital Kyiv after failing to capture it and since mid-April has been focusing its efforts on two eastern provinces.

In Ukraine’s second city of Kharkiv, officials say Russian forces have withdrawn from to the border and that residents were returning.

“Russia’s war in Ukraine is not going as Moscow had planned,” said Mr Stoltenberg.

“They failed to take Kyiv, they are pulling back from around Kharkiv, their major offensive in Donbas has stalled. Russia is not achieving its strategic objectives.”

Mr Stoltenberg was speaking at a meeting of Nato foreign ministers.

On top of the military setbacks, another consequence of the invasion is that Russia will likely face an expanded Nato with Sweden and Finland set to join.

Russia’s President Vladimir Putin sees Nato as a security threat to Russia and invaded Ukraine in part to stop it joining Nato.

In its assessment, the MoD’s estimate of Russia’s losses cover men killed or wounded and equipment destroyed or captured.

It said Russia was constrained by “continued low morale and reduced combat effectiveness”.

The British Foreign Secretary, Liz Truss, said Ukraine’s allies must keep up its military support to help it “push Russia out”.

On the ground. Ukrainian forces are counterattacking in the city of Izyum, regional governor Oleh Sinegubov said, something that could complicate Russian plans to capture the Donbas.

However Ukraine’s military also acknowledged setbacks in its latest updates, saying Russia was advancing in several areas in the region.

There has been no let up for the remaining Ukrainian forces in Mariupol, with Russia continuing its bombardment of the steelworks where they are holed up. Video purportedly from inside showed men checking their phones and playing chess.

And in western Ukraine, the governor of the Lviv region said missiles had targeted military infrastructure.