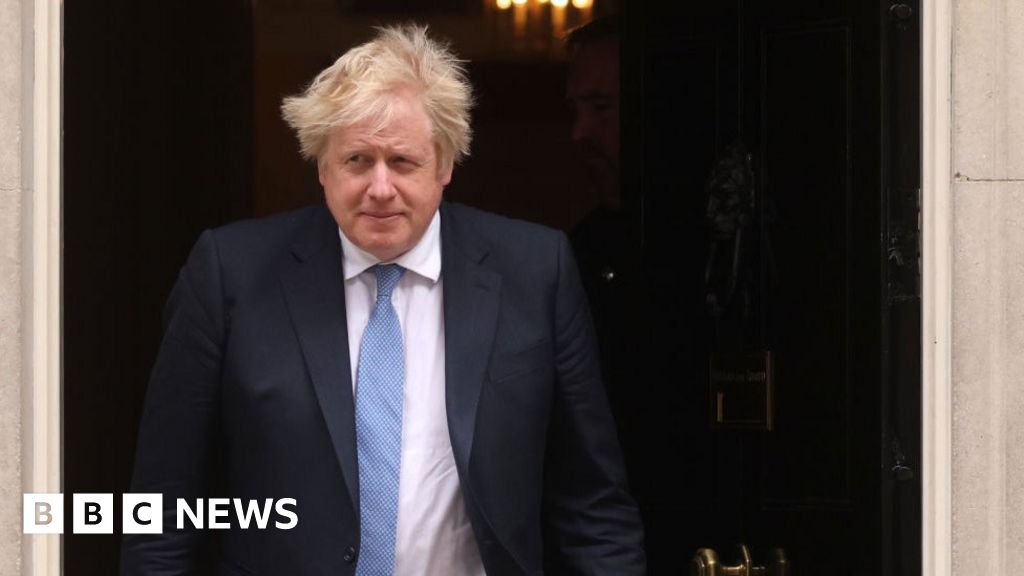 Boris Johnson is to tell Northern Ireland’s leaders that any move to change post-Brexit trade rules must also restore power-sharing at Stormont.

Following the 5 May election, the anti-protocol Democratic Unionist Party has refused to engage with the assembly.

A new administration cannot be formed without them.

A spokesperson for No 10 said Mr Johnson would hold private meetings with the parties and the UK government would “play its part to ensure political stability”.

The prime minister is expected to say there is “no substitute for strong local leadership”.

He will urge members of the Stormont assembly to “get back to work to deal with the bread-and-butter issues”.

But the prime minister will also tell political leaders that “there will be a necessity to act” on the protocol if the EU does not change its position.

Mr Johnson’s visit coincides with increased speculation that the UK government is poised to introduce legislation to strip away parts of the Northern Ireland Protocol.

The protocol, a part of the UK-EU Brexit deal which keeps Northern Ireland aligned with the EU single market for goods, puts a trade border in the Irish Sea between Great Britain and Northern Ireland.

It was designed to ensure free trade could continue across the Irish land border, but it has been opposed by unionist politicians.

The DUP has argued the protocol has eroded the foundations devolution has been built upon and undermined Northern Ireland’s position in the UK.

The UK and EU’s shared objective should be for a reformed protocol to enjoy the broadest possible cross-community support when it faces a consent vote at Stormont in 2024, the PM will also say.

The Northern Ireland Assembly election on 5 May cemented a majority for politicians who accept the protocol, including the new largest party, the republican party Sinn Féin.

The DUP’s move to block the election of a speaker on Friday means the Northern Ireland Assembly cannot function.

The party said its actions sent a clear message about its opposition to the protocol.

Its leader Sir Jeffrey Donaldson said the prime minister must “outline what he intends to do”.

On Saturday, Sinn Féin leader Mary Lou McDonald accused the prime minister of being “in cahoots” with the DUP.

Ms McDonald said the protocol was going nowhere and both she and would-be first minister Michelle O’Neill would be telling Mr Johnson so on Monday.

“The DUP have not simply called a halt to the formation of an executive, they have equally attempted to place a veto on the operation of the assembly,” she said.

“The British government have assisted the DUP in these blocking tactics.”

By refusing to support the election of a speaker, the DUP – previously the largest party in Stormont and holder of the post of first minister – has blocked a government from forming.

Without a speaker, there can be no debates in the assembly, no committees can be held, and the actions of ministers, currently acting in a caretaker capacity, cannot be scrutinised.