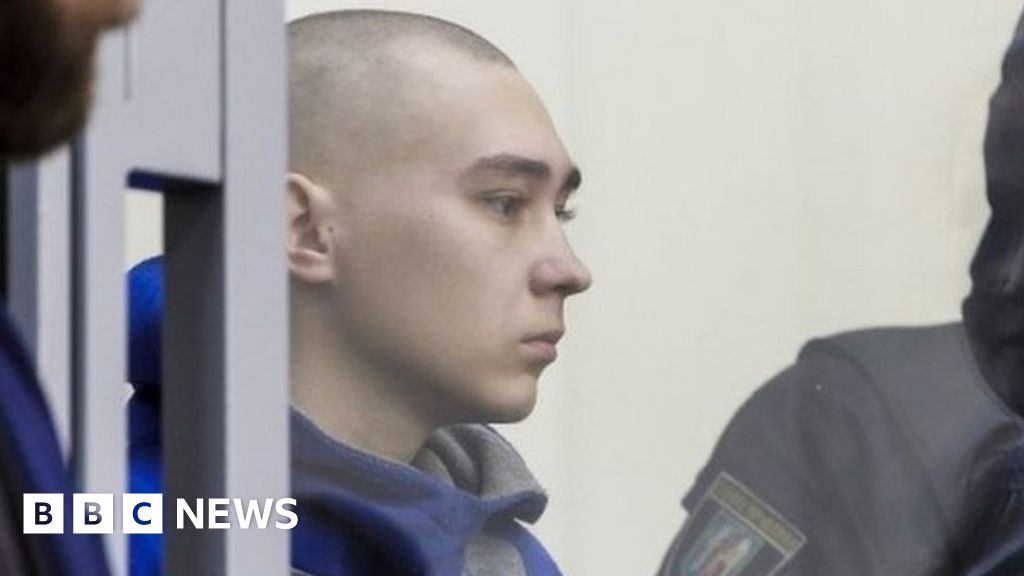 Ukraine has started its first war crimes trial since the beginning of Russia’s invasion, with a 21-year-old soldier appearing in the dock accused of killing an unarmed civilian.

Vadim Shishimarin appeared at a preliminary hearing in Kyiv. He faces life in prison if convicted.

Ukraine says it has identified thousands of potential war crimes committed by Russia.

Russia has denied targeting civilians and made no comment on the trial.

Prosecutors say Mr Shishimarin was driving in a stolen vehicle with other soldiers in the north-eastern Sumy region when they encountered a 62-year-old cyclist using a phone.

He was ordered to shoot the civilian to stop them from telling Ukrainian defenders about their location, according to the prosecutors.

It is not clear how he was captured or what the nature of the evidence against him is.

Mr Shishimarin spoke to confirm basic details such as his name. He is yet to enter a plea, and the trial will reconvene next week.

Hundreds of bodies have been found in regions previously occupied by Russia.

Some of Ukraine’s allies, such as the UK and US, have joined the country in accusing Russia of carrying out genocide.

After the hearing, state prosecutor Andriy Synyuk told Reuters: “This is the first case today. But soon there will be a lot of these cases.”