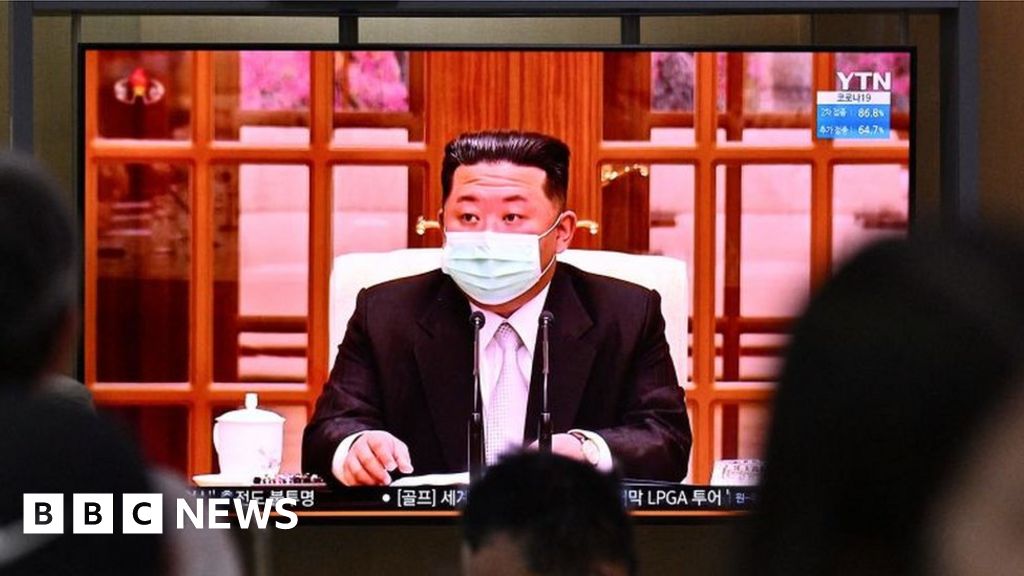 North Korea has confirmed its first death from Covid-19, with state media adding that tens of thousands more are experiencing fever symptoms.

Six people died after suffering a fever with one testing positive for Omicron, state media reported on Friday.

It said 187,000 people with a fever were being “isolated and treated”.

While experts believe the virus has been present in the country for some time, the authorities only announced the first cases on Thursday.

They said there had been an outbreak of the Omicron variant in the capital, Pyongyang, and announced lockdown measures. They did not give precise case numbers.

But in an update on Friday, the official KCNA news agency reported that the outbreak extended beyond the capital. “A fever whose cause couldn’t be identified spread explosively nationwide from late April,” it said.

Around 350,000 people had shown signs of that fever, it added, without specifying how many had tested positive for Covid.

Analysts suggest the latest figures from state media, including the acknowledgement that the unspecified fever had spread nationwide, may indicate the country is experiencing an outbreak unlike any it has seen so far.

Its population of 25 million is vulnerable due to the lack of a vaccination programme and poor healthcare, experts say.

North Korea rejected offers from the international community to supply millions of AstraZeneca and Chinese-made jabs last year. Instead, it claimed it had controlled Covid by sealing its borders early in January 2020.

The country shares land borders with South Korea and China, which have both battled outbreaks. China is now struggling to contain an Omicron wave with lockdowns in its biggest cities.

On Friday, KCNA reported that the North Korean leader Kim Jong-un had visited a healthcare centre and “learned about the nationwide spread of Covid-19”.

It described the situation as an “immediate public health crisis”.

At a meeting outlining new Covid rules on Thursday, Mr Kim was seen wearing a face mask on television for what was believed to be the first time.

He ordered “maximum emergency” virus controls, which appeared to include orders for local lockdowns and gathering restrictions in workplaces.

There are fears a major outbreak could make it even more difficult for essential supplies to enter the country, leading to worsening food shortages and a faltering economy.

South Korea has said it offered humanitarian aid after Thursday’s announcement, but Pyongyang is yet to respond.

Despite North Korea’s earlier claims that it had “shining success” in keeping out Covid, there have been signs throughout the pandemic of its possible presence in the country including unconfirmed reports of cases and workers wearing hazmat suits.

MLB fans sound off: ‘I feel deceived and betrayed’
Nazanin Zaghari-Ratcliffe tells PM: Your mistake had a lasting impact
North Korea: More than a million Covid cases feared
Conservative MP arrested on suspicion of rape
Couple in India sue son for not giving them a grandchild