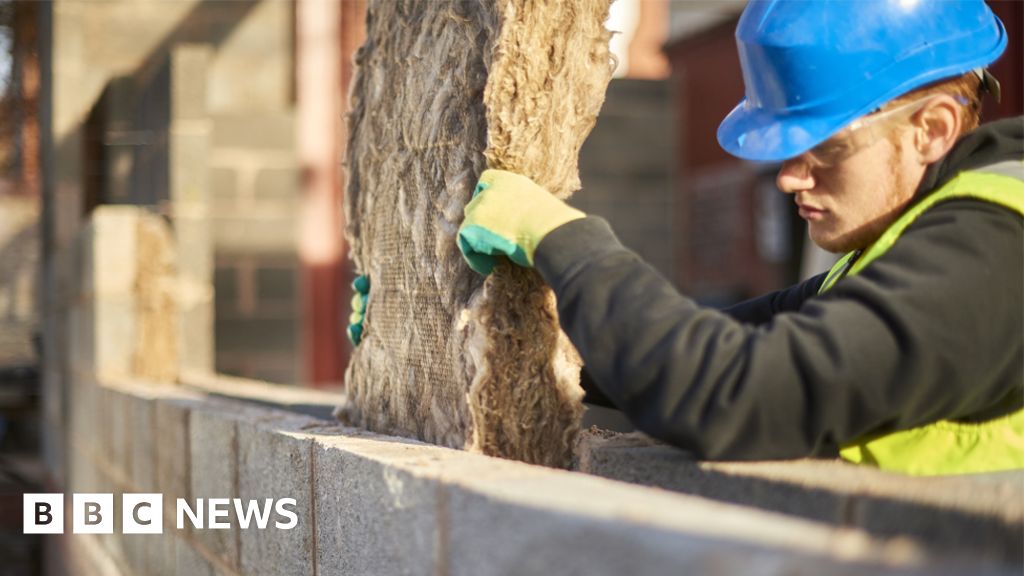 Neighbours could be allowed to vote on whether planning permission should be given for developments – such as house extensions – on their street.

The “street votes” would be an alternative to traditional forms of planning permission.

It comes as Michael Gove ditched most of the government’s reforms of the planning system in England.

Downing Street insisted it was still committed to building 300,000 homes a year by the mid-2020s.

But, he added, hitting a “statistical target” was not the only measure of success, particularly “if the homes that are built are shoddy, in the wrong place, don’t have the infrastructure required, and are not contributing to beautiful communities”.

But the plans sparked a significant Tory backlash, including from former Prime Minister Theresa May, who called them “ill-conceived”.

Some in the party said the policy had contributed to by-election losses in former Conservative heartlands – including Chesham and Amersham – fears that would only have been exacerbated by last week’s local elections results.

Now Mr Jenrick’s proposals will be dropped in favour of a new Levelling Up and Regeneration Bill, published on Wednesday.

Other new policies will include:

Labour’s shadow levelling up secretary Lisa Nandy said: “Under the Conservatives housing has become less affordable, spending on rent has sky-rocketed, and homeownership has gone down.”

She said the party could “no longer claim to be the party of homeownership”.

Michael Gove was confronted by fury inside his own party over planning reforms put forward by his predecessor.

So he’s junked them.

Instead, there’s a set of measures designed to give people more say over development in their areas.

Mr Gove has suggested communities will be more open to new housing if it’s not imposed on them – if it’s “beautiful” and “democratic”.

But having ditched more radical reforms, the government may well struggle to meet its own target for building new homes.

All the while, there are tens of thousands of people on housing waiting lists, families living in unsuitable or temporary accommodation, and many others unable to afford to get on the property ladder.

There are other measures in the Queen’s Speech designed to improve the housing market – giving renters more protection and suggestions of a clampdown on empty second homes.

It’s a complex problem of which the planning system is only one part.

But the reality is that the country is facing a housing crisis, and so far successive governments have failed to find a solution.

In Boris Johnson’s first year in office, only 243,000 new homes were supplied, according to the House of Commons Library – falling to 216,000 in 2020/21, partly because of the disruption caused by the pandemic.

Research conducted by the BBC in 2020 found the difference between the housing stock in England and the number of homes needed was more than one million.

Robert Jenrick told MPs the government was likely to continue missing its target by a “country mile” without more action.

Mr Gove said communities had been “understandably resistant” to new developments when factors like the appearance of the buildings and the supporting infrastructure – like GP surgeries and schools – were not included in the plans.

But he believed more people would be in favour of new housing under his proposals, adding: “It shouldn’t be a case that we impose. It is important that even as we seek to improve housing supply, we also seek to build communities that people love and are proud of.”

Labour MP Clive Betts – who chairs the housing select committee – called the “street vote” plan a gimmick, telling the BBC it was not possible for communities to “decide absolutely everything” about urban planning in their area.

He told the BBC the process of building new housing should be simplified, with local people involved in decisions about where homes might be placed much earlier than at the planning permission stage.

Before proposals can be put to a local vote, they will be examined against a set of nationally prescribed development rules, which are to be agreed in due course, the government said.

Development will go ahead only if the proposal is endorsed by a “supermajority” of residents in a referendum. The precise thresholds for approval would be set out in regulations in due course, the government added.

What’s the state of the housing market?

Are you struggling to get on the housing ladder? Or have you been affected by any of the other issues in this story? Email haveyoursay@bbc.co.uk.