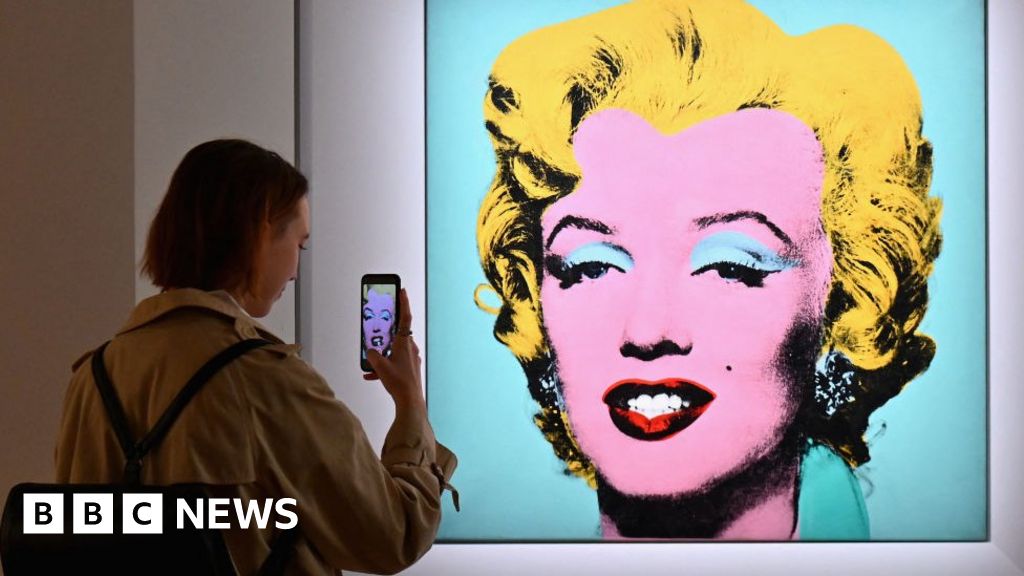 An iconic painting of Marilyn Monroe by Andy Warhol has been auctioned for $195m (£158.17m) – making it the most expensive piece of 20th Century art ever sold.

The painting, Shot Sage Blue Marilyn, was painted by Warhol in 1964 using a famous photograph as inspiration.

The amount is also the highest ever paid for an American work of art.

The Christie’s auction in New York was widely seen as a symbol of the luxury art market’s health.

Ahead of the auction, Christie’s wrote that the painting is “one of the rarest and most transcendent images in existence”, with a selling price “in the region” of $200m.

The auction ended with a sale price of $170m, which rose to $195m with taxes and fees taken into account.

The previous record price for a piece of American artwork was $110.5m for a skull painting created in 1982 by Warhol’s sometimes friend and sometimes competitor, Jean-Michael Basquiat.

In March, George Frei, the chairman of the board of the Thomas and Doris Amman Foundation, said in a statement that the painting of Monroe “bears witness to her undiminished visual power in the new millennium”.

“Marilyn the woman is gone; the terrible circumstances of her life and death are forgotten,” Mr Frei said. “All that remains is the enigmatic smile that links her to another mysterious smile of a distinguished lady, the Mona Lisa.”

Bloomberg reports that the winning bidder was US art dealer Larry Gagosian, who owns a chain of art galleries.

According to Christie’s, all the proceeds of the sale will go to the Switzerland-based Thomas and Doris Ammann Foundation Zurich, which works to establish healthcare and education programmes for children around the world.

The auction on Monday is the first of a series of art auctions planned by Christie’s and Sotheby’s over the next two weeks, widely considered to be a test of the luxury art market’s health in the post-pandemic era.

Philip Hoffman, the founder of New York-based advisory company the Fine Art Group, told the New York times that there is a “huge amount of pent-up demand” for art.

Ukraine war: Biden says US will not be intimidated by reckless Putin
Judge matches Maris with historic homer No. 61
Hilaree Nelson: Body of famed US climber found on Mt Manaslu in Himalayas
UK chancellor backs down on top tax rate
Hurricane Ian: ‘I hid in my bath tub all night’