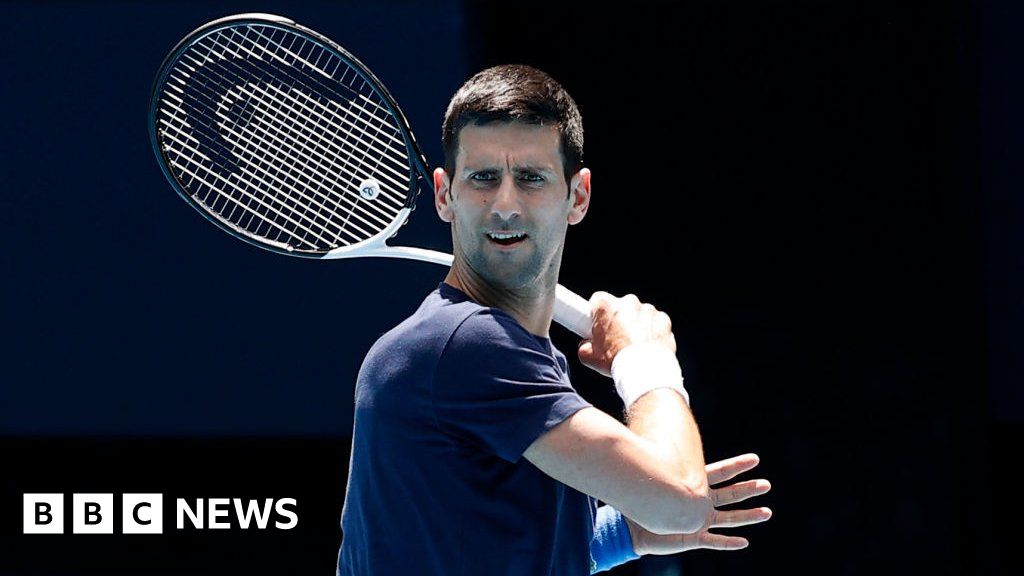 Australia has revoked tennis star Novak Djokovic’s visa for a second time in a row over his right to remain in the country unvaccinated.

The decision on “health and good order” grounds means he could be deported and get a three-year visa ban.

However, the 34-year-old Serbian plans to launch another legal challenge to remain in Australia.

The men’s tennis number one was scheduled to play in the Australian Open, which begins on Monday.

“Today I exercised my power… to cancel the visa held by Mr Novak Djokovic on health and good order grounds, on the basis that it was in the public interest to do so,” Immigration Minister Alex Hawke said in a statement.

Alluding to the heavy criticism his government has faced for allowing the unvaccinated player into Australia, Mr Morrison said: “Australians have made many sacrifices during this pandemic, and they rightly expect the result of those sacrifices to be protected.”

Djokovic will meet immigration officials in Melbourne on Saturday morning, and will be allowed to stay in his current accommodation on Friday night – some Australian media had speculated that he may be moved to an immigration detention hotel.

The nine-time Australian Open winner was hoping to defend his title next week, which if he won, would make him the most successful male tennis player in history with a record 21 Grand Slam titles.

For the moment, Djokovic remains in the Australian Open draw and is due to face fellow Serb Miomir Kecmanovic early next week. If he is deported, however, his slot will most likely go to Russian player Andrey Rublev.

Djokovic’s visa was first revoked shortly after his arrival in Melbourne on 6 January, after Australian border Force officials said he had “failed to provide appropriate evidence” to receive a vaccine exemption.

His initial announcement that he was coming to play in the Open prompted a backlash from some Australians, who have lived under long and strict Covid lockdowns, because it was unclear if he could meet the country’s strict entry rules. Melbourne in particular was hard bit by lockdowns, enduring 262 days under heavy restrictions last year.

Djokovic was detained for hours at the airport’s immigration control when he first arrived, and then spent days at an immigration hotel. Days later his visa was reinstated by a judge, who ordered his release, ruling that border officials ignored correct procedure when he arrived.

The act allows him to deport anyone he deems a potential risk to “the health, safety or good order of the Australian community”, however Djokovic can still appeal this.

It comes after Djokovic addressed allegations that his agent had accidentally made a false declaration on his travel form. Djokovic also admitted meeting a journalist and having a photoshoot after testing positive for Covid-19.