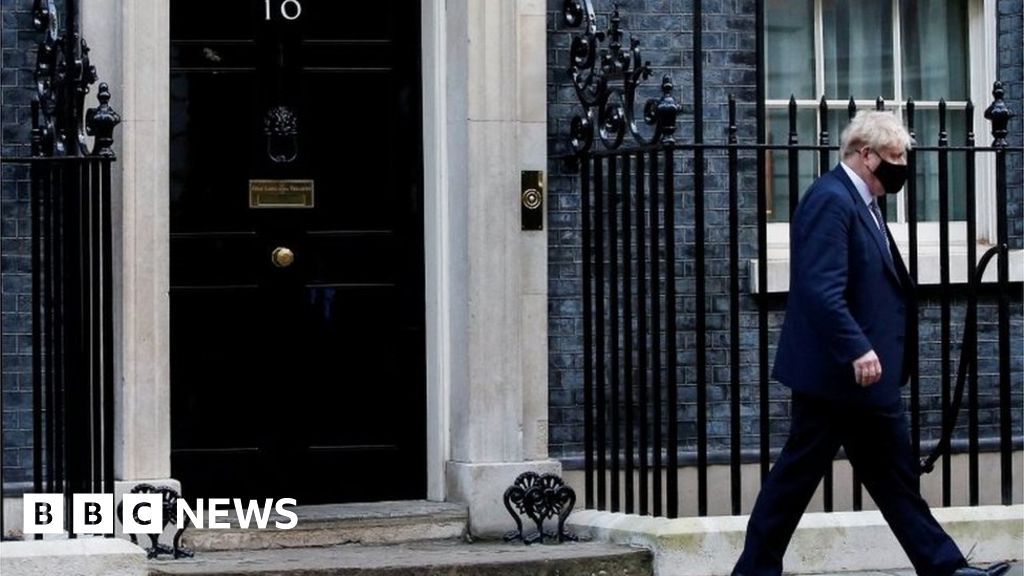 A minister whose baby twins died during the pandemic says Boris Johnson “needs to change his ways”, following a string of revelations about drinks parties at No 10 during lockdown.

Guy Opperman said that in May 2020 – when the PM attended a garden party – he could not visit his wife and sons in hospital due to Covid rules.

But Mr Opperman told the BBC that Boris Johnson should stay in post.

No 10 has urged critical MPs to wait for senior civil servant Sue Gray to finish her report into lockdown gatherings.

Earlier this week Mr Johnson acknowledged that he attended a drinks gathering on 20 May 2020 but insisted he believed it was a work event.

Downing Street has also apologised to Buckingham Palace after it emerged two staff parties were held at No 10 on the night before Prince Philip’s funeral.

Mr Johnson was not at either event, but his spokesman said it was “deeply regrettable that this took place at a time of national mourning”.

Speaking to BBC’s Politics North programme, Mr Opperman – pensions minister and MP for Hexham in Northumberland – said: “I feel pretty emotional about this because in May 2020 my wife and kids were unwell and they went to hospital.

“I was not able to go there to support them.

“And I’ve got constituents who couldn’t go to the care homes, to funerals who were obviously obeying the rules and quite clearly in No 10 at that time there were a number of people not behaving appropriately.

“I feel pretty emotional that I wasn’t able to support my wife and kids.”

He added while some of the behaviour in No 10 was clearly not acceptable, it was 18 months ago and the prime minister should continue in his position. He said Sue Gray’s report would be the time to “consider what has happened”.

Labour, the Liberal Democrats and the SNP are all calling for Mr Johnson to resign after he admitted attending the 20 May 2020 drinks party in the Downing Street garden during lockdown.

And Andrew Bridgen has become the fifth Conservative MP to publicly declare they have written to the chairman of the 1922 Committee – which organises Tory leadership contests – to say they have no confidence in the prime minister.

Fifty-four Conservative MPs have to write a letter to trigger a vote.

Elsewhere the former head of the government’s Covid taskforce has apologised for attending a leaving drinks at the Cabinet Office on 17 December 2020 when she left the civil service.

Kate Josephs, who is now the chief executive of Sheffield City Council, said she was “truly sorry” for “the anger that people will feel”.