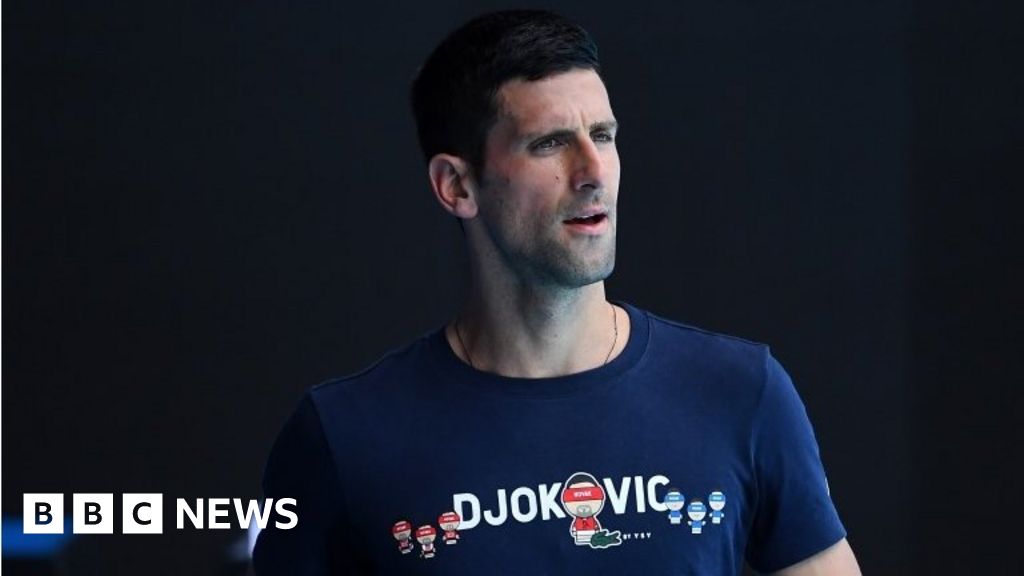 The saga over Novak Djokovic’s Australian visa has dominated headlines around the world since the tennis star was detained in Melbourne last week.

The unvaccinated player claims he had been given a medical exemption to enter the country based on a positive Covid test in mid-December.

A judge ruled that he could stay and take part in the Australian Open, but the government is mulling cancelling his visa again.

Here we attempt to answer some of the main questions surrounding the case.

While a court ruled that Djokovic could stay in Australia, Immigration Minister Alex Hawke holds ministerial powers to cancel his visa and is said to still be considering it.

Prime Minister Scott Morrison said on Thursday that he expected authorities to implement the government’s policy of only allowing vaccinated people, or those with valid exemptions, into the country.

The Serb player has acknowledged errors in his immigration form, saying his agent had made a mistake in stating that he had not travelled in the 14 days before arriving in Australia. Recent reports suggest the 34-year-old was in both Serbia and Spain prior to the trip.

Djokovic has also admitted to breaking isolation rules in Serbia after testing positive for coronavirus on 16 December.

When will a decision be made?

Djokovic has had the threat of another visa cancellation hanging over his head for several days now.

It had been rumoured in Australian media that a visa cancellation was going to be announced on Thursday.

Prime Minister Scott Morrison had the country on tenterhooks when he announced a press conference for that day. But instead of discussing Djokovic, he spoke about Australia’s Covid outbreak.

Government sources later told the Sydney Morning Herald that Mr Hawke was likely to delay delivering his decision until Friday.

And while a figure in the governing Liberal Party warned the paper that the minister was “strongly leaning towards cancelling” the visa, time is running out for Mr Hawke if he wants to cancel Djokovic’s visa before the Australian Open tournament begins on Monday.

Defending champion Djokovic has already been included in the men’s draw and is set to play on either Monday or Tuesday. The exact day will be revealed when the tournament announces the order of play – potentially this weekend.

Djokovic could still have his visa cancelled after the tournament starts but it remains unclear whether the government would want to do that.

What happens if his visa is cancelled again?

If Mr Hawke uses his power to cancel Djokovic’s visa, the tennis star will be deported and could face a three-year ban from entering Australia.

But sources close to the Serbian have told Australian media that he would instantly appeal against any order made against him, which would lead to a new trial.

Djokovic’s lawyers are reportedly hoping to expedite any fresh hearings and see them concluded over the weekend, which would clear the way for him to compete in the tournament.

Did he test positive?

There’s been a lot of speculation over Djokovic’s positive PCR test.

The test result from 16 December was among the documents he submitted to the court in his bid to stay in Australia.

German news outlet Der Spiegel has alleged that when it scanned the QR code on the document, it was taken to a page that had a timestamp indicating that the positive test was actually dated 26 December.

Der Spiegel also said that the number on the positive test was higher than the one assigned to a negative test Djokovic took days later.

The news outlet said this suggested that the positive test was more recent. But this is based on the assumption that the numbers go up by one each time a test is logged – which has not yet been confirmed.

Will Djokovic face sanctions in Serbia?

Social media was alight with questions over whether the star had been attending public events after testing positive for Covid.

The tennis player has denied attending two events – the unveiling of a Djokovic stamp and a children’s awards ceremony – while knowing he was Covid positive.

But he did admit that he went to an interview with French magazine L’Equipe after testing positive.

Serbia’s Prime Minister Ana Brnabic told the BBC this week that if Djokovic was found to have breached isolation rules, she would have to consult with “relevant authorities, and the medical people who are in charge of implementing these regulations”.

Milan Fillipovic, a legal advisor at the Committee of Lawyers for Human Rights, told the BBC that the offence carried a fine or up to three years in prison. But he said the player might be able to reach an agreement and be assigned community service work or be asked to donate money to charity.

“They could ask him to volunteer at a Covid hospital or even a vaccination centre, which would make him look like a hypocrite,” Mr Fillipovic said.

It remains to be seen whether the legal system would want to use Djokovic as an example to others.

Is Spain investigating too?

There had been reports that Spain was also investigating Djokovic, as he had been in the country before departing for Australia.

Under Spain’s Covid rules, only residents in Serbia with a complete vaccination certificate or special authorisation can enter the country.

But on Thursday, the Spanish government denied there was any investigation.

“The news is false. Neither the government has ordered it nor is there any police investigation open on the athlete,” a spokesperson for Spain’s interior ministry told Politico.