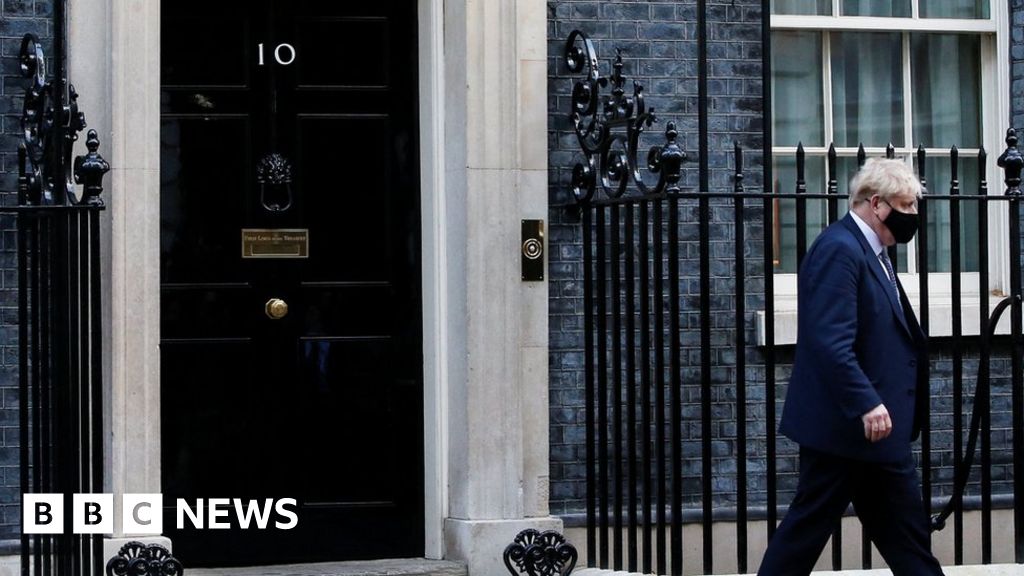 Downing Street staff have been accused of holding two leaving parties in No 10 on the eve of the Duke of Edinburgh’s funeral.

The Telegraph reported the gatherings were made up of around 30 people, drinking alcohol and dancing to music until the early hours.

They did confirm Boris Johnson’s former director of communications, James Slack, “gave a farewell speech” to thank colleagues ahead of taking up a new role as deputy editor of The Sun newspaper.

Mr Johnson was not at either gathering as he was spending the weekend at his country estate, Chequers.

But the latest revelations come as he is facing fury from his own party over attending a drinks gathering in the Downing Street garden during the first lockdown.

Labour’s deputy leader, Angela Rayner, said “the buck stops with the PM” over the “culture and behaviours” inside No 10.

According to the Telegraph, Mr Slack’s leaving party coincided with another gathering in the No 10 basement for one of the PM’s personal photographers.

The newspaper said staff were sent to a nearby shop with a suitcase, that was brought back “filled with bottles of wine”.

During the basement gathering, sources claimed there was a “party atmosphere”, with a laptop placed on a photocopier with “music blaring out”.

The two parties are then said to have joined together in the No 10 garden and continued past midnight.

A Downing Street spokeswoman said Mr Slack “gave a farewell speech to thank each team for the work they had done to support him, both those who had to be in the office for work and on a screen for those working from home”.

But asked about the other party and whether drinking and dancing had taken place, she said No 10 had “nothing further to add”.

Ms Rayner said: “The Queen sat alone in mourning like so many did at the time with personal trauma and sacrifice to keep to the rules in the national interest.

“I have no words for the culture and behaviours at No 10 and the buck stops with the PM.”

The leader of the Liberal Democrats, Sir Ed Davey, also reiterated calls for the prime minister to resign over the growing list of parties, tweeting: “The Queen sitting alone, mourning the loss of her husband, was the defining image of lockdown.

Quit call made ‘with heavy heart’

This latest report adds to the growing list of alleged parties said to have taken place in Downing Street and other government departments during the pandemic.

But Mr Johnson has faced particular criticism after it emerged he had attended one during the first lockdown.

He told MPs on Wednesday that he had joined staff for 25 minutes on 20 May 2020 to thank them for their hard work – but he said he had “believed implicitly that this was a work event”.

A number of senior Tories have since called for his resignation, with backbencher Andrew Bridgen becoming the latest to join them.

In a piece for the Telegraph published on Thursday, he said he had submitted a letter of no confidence in the PM “with a heavy heart”, adding: “The clue is in the word leader – to lead is to set an example for others to follow.

“It has hurt this week to hear that the leader of our great Conservative Party has not been prepared to lead in such a way.”

But Mr Johnson’s cabinet have rallied around him, pleading with MPs to wait for the conclusions of an investigation into parties held across government during lockdowns, being carried out by senior civil servant Sue Gray.