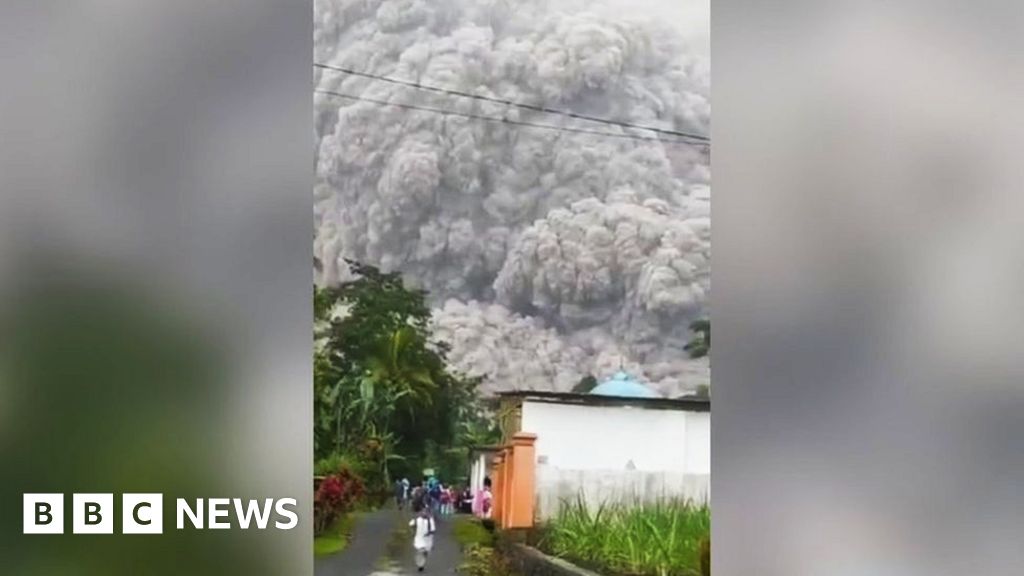 Residents on the Indonesian island of Java have been fleeing a vast plume of ash as an active volcano erupted for the second time in months.

Witnesses said a thick rain of volcanic ash from Mt Semeru was blotting out the Sun in two local districts.

No casualties have yet been reported and evacuations are under way, officials said.

Thoriqul Haq, a local official, told Reuters that a road and bridge from the area to the nearby city of Malang had been severed.

“This has been a very pressing, rapid condition since it erupted,” he said.

The Volcanic Ash Advisory Center (VAAC) in Darwin, Australia said the ash appeared to have detached from the summit and was drifting south-west.

The VAAC provides advice to the aviation industry about the location and movement of potentially hazardous volcanic ash.

The volcano, which rises 3,676m above sea level, previously erupted in January.

Footage on social media showed residents running away as a giant ash cloud rose behind them.

Downing Street party: Boris Johnson was warned about lockdown drinks, says Dominic Cummings
Bills at Chiefs: No sure bet in this AFC showdown
Rollout of 5G at US airports postponed
Tonga tsunami: Anxious wait for news after Tonga cut off
Fans to return to Welsh stadiums as rules ease