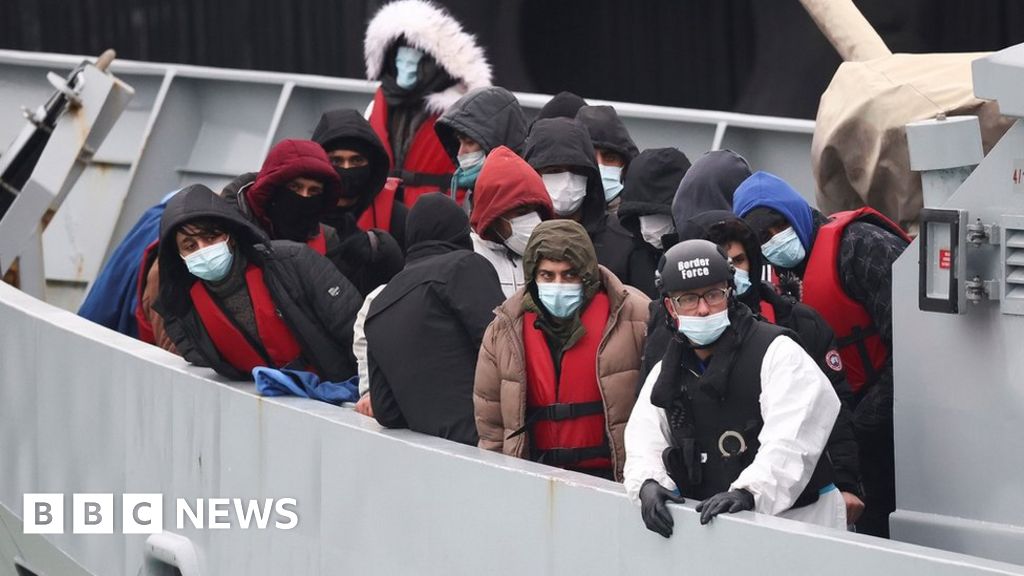 A number of migrants headed for the UK have drowned in the Channel near Calais after their boat sank.

French prime minister Jean Castex said the shipwreck was a “tragedy”, adding those who died were victims of “criminal smugglers”.

Prime Minister Boris Johnson is to chair an emergency Cobra meeting this afternoon in response to the deaths, his spokesman said.

An official at the International Organisation for Migration has called the drownings the biggest single loss of life in the Channel since they began collecting data in 2014.

French and British authorities are conducting a rescue operation in the Channel by air and sea.

A fishing boat sounded the alarm earlier on Wednesday after spotting several people at sea off the coast of France.

“My thoughts are with the many missing and injured, victims of criminal smugglers who exploit their distress and injury,” Mr Castex said.

Franck Dhersin, the vice-president of mobility, transport infrastructure and ports in the Hauts de France region and mayor of Téteghem, said 24 bodies had been recovered off Dunkirk but also some survivors.

French interior minister Gerald Darmanin said on Twitter that many people had died, but did not give a number.

Conservative MP for Dover and Deal, Natalie Elphicke, said the incident was an “absolute tragedy” that underlined why boats needed to be stopped from entering the water.

“As winter is approaching the seas will get rougher, the water colder, the risk of even more lives tragically being lost greater,” she said. “That’s why stopping these dangerous crossings is the humanitarian and right thing to do.”

A number of people are believed to have reached Britain in small boats on Wednesday, with people seen being brought ashore in Dover by immigration officials.

BBC Newsnight’s policy editor, Lewis Goodall, said he understood about 25 boats had attempted the crossing so far on Wednesday.

He added that an aid agency warned there was a risk the Channel could become a “graveyard”.

It comes amid record numbers of migrants making the crossing from France to the UK. More than 25,700 people have made the dangerous journey to the UK in small boats this year – more than three times the 2020 total.

The Dover Strait is the busiest shipping lane in the world and has claimed many lives of people trying to cross to Britain in inflatable dinghies.

Until today, it was thought at least 10 people had died in the past few weeks while attempting to make the crossing.

She said the government’s Nationality and Borders Bill was the “long-term solution” to tackling the issue “on top of a raft of operational and diplomatic work”.

But Labour has accused the government of failing to deliver on pledges to reduce the crossings.

Enver Solomon, chief executive of the Refugee Council, called on the government to change its approach and commit to an expansion of safe routes for migrants.

“Now is the time to end the cruel and ineffective tactic of seeking to punish or push away those who try and find safety in our country.”

Cabinet Office minister Stephen Barclay is to lead a review into the issue to explore what ministerial departments can do to make it more of a priority in government.

Were you in the area? Do you have any information to share? Get in touch by emailing haveyoursay@bbc.co.uk.